The Dorsey Riverbend brewery had a rough first year but is doing well enough to donate sales to charity.

When Davy Martin opened Orchestrated Minds one year ago this month, he had it all planned out: He’d run a sports bar more than a distribution facility. Then he was hit from three sides: Fort Lauderdale water mains breaking all over town, COVID-19, and protests in front of his taproom.

The former homebrewer knew the original mission of Orchestrated Minds would need to change to make it as a commercial brewery.

Martin named a New England IPA “Change is Necessary” as a symbol that if Orchestrated Minds can grow and adapt the country can, too, with social issues like the pandemic and police brutality.

“Change was necessary for us to grow as a brewery but the timing lined up with everything going on socially,” Martin told Broward Beer. “If we were willing to change to survive, why is society not willing to?” 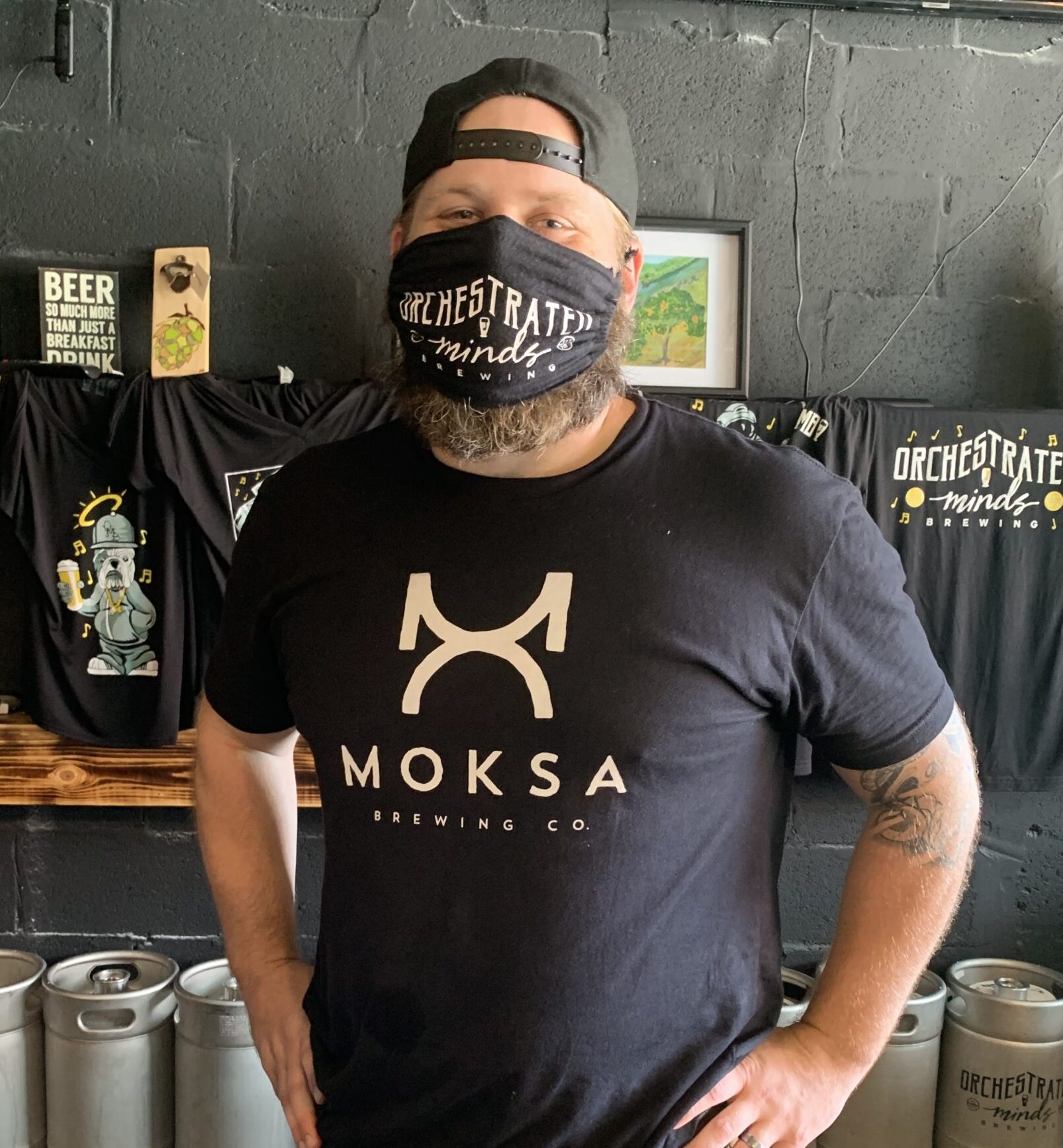 Months leading up to its one-year anniversary, the nano-brewery hit record-high sales. Martin is even able to donate 100 percent profits from “Change is Necessary” to a local activist group called Broward Dream Defenders.

Before any of that was possible, here are a few of the major challenges the brewery had to overcome…

In July, an FPL worker accidentally drilled into Fort Lauderdale’s main water supply line, leaving 250,000 high and dry. Even when it was fixed, and the water flowed again, it took weeks for the levels of chlorine and fluoride returned to normal.

It’s in many ways a silent problem. Multiple kegs can sell out in a weekend and no one will notice. It wasn’t until the shutdown that patrons started to complain.

According to Martin, flavor changes won’t show until weeks after canning.

“It was just a constant struggle,” Martin said. “People would go on Untappd and say ‘this is garage water.'”

“It took us four to six months and maybe a hundred different brews,” Martin said. “It was definitely trial and error, but we have really good friends in the industry and we talk to them about it.”

The first night there were protests of George Floyd’s death, Davy and his wife and brewery co-owner Jaimie walked from the taproom to downtown Fort Lauderdale.

Martin recalls police in riot gear with shotguns. He felt it was antagonistic to protestors from Dorsey Riverbend, a neighborhood with a 77 percent Black populace.

When the Martins returned to the taproom that night, there was a batch of New England IPA that finally had the flavor they were looking for. That night, they decided to name it “Change is Necessary.” 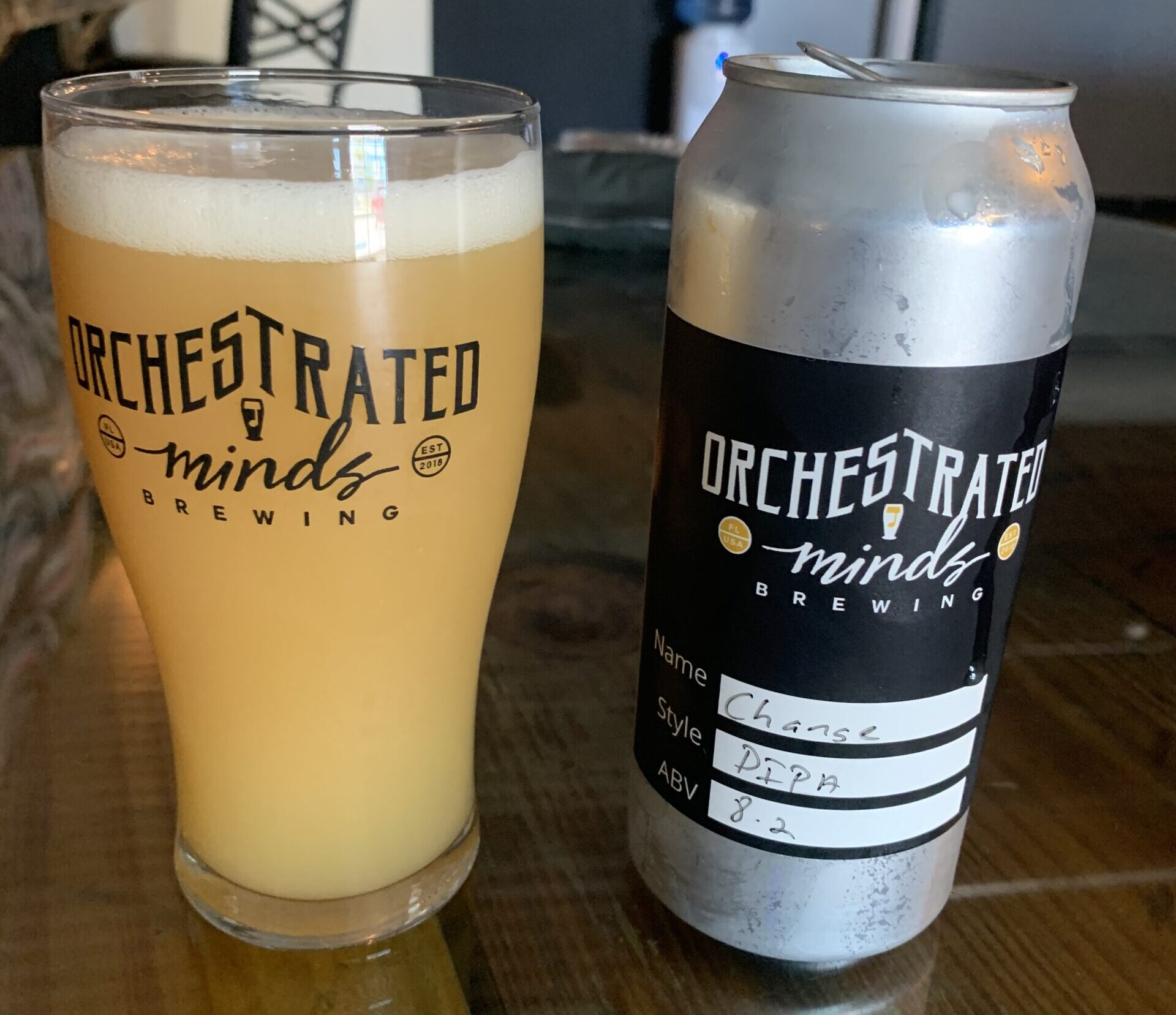 “It really just started to weigh heavy on my heart,” Martin said.  “We brewed an awesome beer and it was like ‘the streets are speaking to us.’”

The shutdown forced Martin to rethink his strategy from the brewing process, the marketing, and naming.

Selling beer straight from the tap has a more cost-effective profit margin. There’s no need to pay for cans, labels, employees to run an assembly line.

To make up for the losses, Martin had to up production and purchase more fermenters.

“When you open you have a focus, and we never wanted to do cans,” Martin said. “But cans have been extremely popular. We’re selling out every week.”

“We’ve got a much bigger outreach and people’s eyes on our product,” Martin said. “It’s a direct correlation to the product being able to be taken home.”

Martin says the feedback has improved tremendously. Those who didn’t love the beer the first month have come back supporting small businesses during COVID-19 and have been blown away with the growth of their beer.

“I didn’t open up a brewery to be the second-best brewery, I opened up to be the best,” Martin said. “If you want to be the best, you better take feedback, continue to work, and never get complacent.”