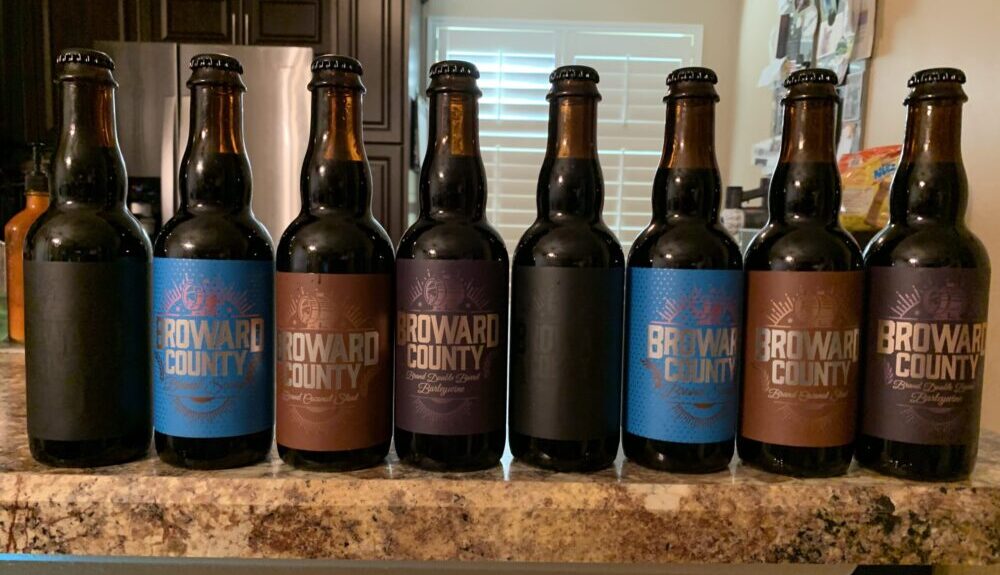 “You’re an Idiot. Do You Support Local Breweries or Anheuser-Busch?”

Two years ago, I wrote a dumb blog post about Black Friday beer that received even dumber feedback. Let’s try this one more time.

Black Friday 2020, this blog was in its infancy and I wrote something about 3 Sons Brewing that infuriated online beer nerds.

A bartender from a different local brewery DMed me with what they called a “big story” — 3 Sons’ “Broward County Brand Stout” was a rip off of another brewery. They said that the Dania Beach brewery ripped off Goose Island, an Anheuser-Busch company, which had a beer called “Bourbon County Brand Stout.”

I have no shame admitting that at the time, I didn’t know much about either annual release, both of which have new incarnations today. But I did – and still do – believe that person had a point.

So I wrote it under the headline “Where Have I Seen This Beer Before?” Like a rookie, I didn’t do much reporting. And like a dummy, I interviewed an intellectual property attorney who focused on craft beer, but I didn’t do that until three days after the story was posted.

I met Taylor C. Foss when I read his blog post about a beer called “Guns ‘N’ Rosé” from Oskar Blues. I figured he’d be the perfect person to talk to about this, and then I found out I had less of a case than Guns n’ Roses. 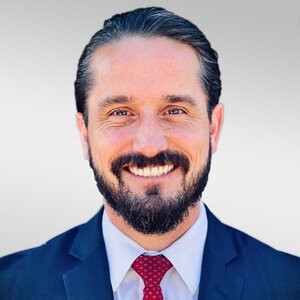 “The question becomes whether or not someone walking down the aisle in a store and sees ‘Bourbon County Brand Stout’ and then right next to it sees ‘Broward County Brand Stout,’ are they gonna think those are the same brands? Probably not. The name is different,” Foss tells me. “The fact that 3 Sons is maybe ‘winking’ at a more famous competitor isn’t necessarily a trademark violation if there’s no confusion on the part of the consumer.”

Here’s how an idiot like me dumbs down what a smart lawyer has to say.

So now to answer, “Who do I support?” I guess neither. Or both: That’s the fun part about life and law – it’s all complicated because people are messy. But there’s another situation with Bourbon County where I’d definitely take a side, and so would Foss.

What Foss said I was wrong about

Foss says the test comes down to confusion in the market: Do they look the same? Are they made the same? The short answer to both questions is no.

Corey Artanis, 3 Sons Brewing’s founder, may have been influenced by Goose Island but that doesn’t mean he stole the recipe. Artanis has been quoted in Beer and Brewing magazine that “Goose Island’s Bourbon County Brand Vanilla Stout was the best beer [he’d] ever had.”

Just like musicians who take inspiration from artists they grew up listening to, a brewer can pay homage to a beer style that influenced him.

“Some of the most successful artists are winking at everything they’re looking at. They’re interpreting everything around as opposed to being totally original,” Cross said “Maybe these guys are better at making beer than coming up with new marketing.”

What Foss and I take sides on

There are old bottles of “Bourbon County Brand Scoop” on the popular craft beer app Untappd. I asked Foss about that bottle, he said that’s easy: there’s obvious confusion about the name and branding on the label.

The bottles have a similar name and label to the beer from Goose Island. 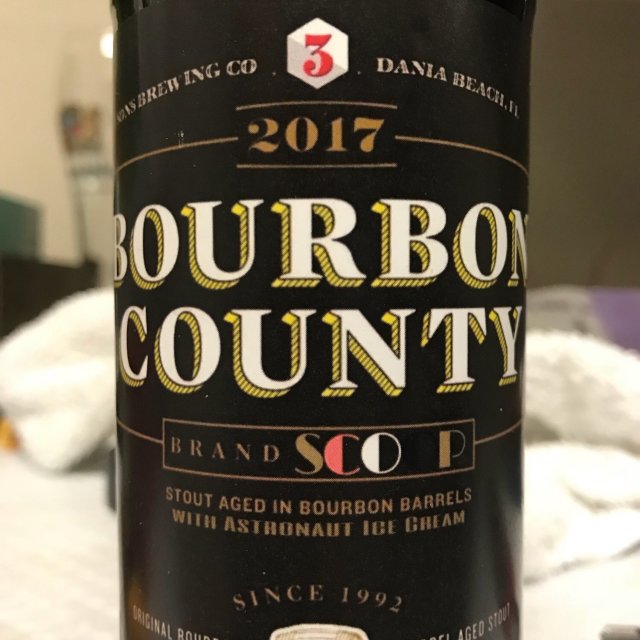 “If you’re asking whether or not ‘Bourbon County brand Scoop’ is potentially confusing with ‘Bourbon County Brand Stout’ – absolutely,” Foss said. “I think that would be confusing. So when they changed it to Broward, they’re now not copying the main portion of the Mark.”

Those bottles are from 2017, at least two years before 3 Sons opened as a commercial brewery, and the first version of Broward County Brand Stout was released on Black Friday 2019.

Goose Island can’t send a cease and desist letter over a label 3 Sons no longer uses.

With all I learned from that stupid blog post, my favorite lesson has to be from the visceral reactions in comments from angry beer nerds. Just a true testament to how funny craft beer culture can be.

Within minutes of posting that article to Facebook, the comments started rolling in.

Every time I tell friends about the blowback from this story we crack up at the craziness of the angry comments. All I can say is “hell hath no fury like angry online beer nerds.”

From nonsensical Gifs of 6six9ine as a snitch to outright inaccurate accusations: “Who the hell “committed” this piece? My god no wonder it wasn’t signed with the name.”

I take ownership of my work even when it’s stupid and I still don’t know what he meant by “committed.”

But, hands down, the best comment about that story still has to be from a guy named Eric Temple. He and I have never met but man this shit’s so hilarious, I’ll quote its entirety…

Dumbass Joe,
Where were you last year? This is the second release and 3 Son’s is a registered business in BROWARD county. Where’s the ”Hip Hop Marketing Style” on other barrel age or sour beers at 3 Son’s, son?
Maybe it’s just a coincidence that your mom is a rip-off, yo?
Word, yo!
Your mom IS the rip-off, son.

Temple, this holiday season I’m grateful for beer nerds like you. That fiery passion for sugar water is what keeps this industry alive.