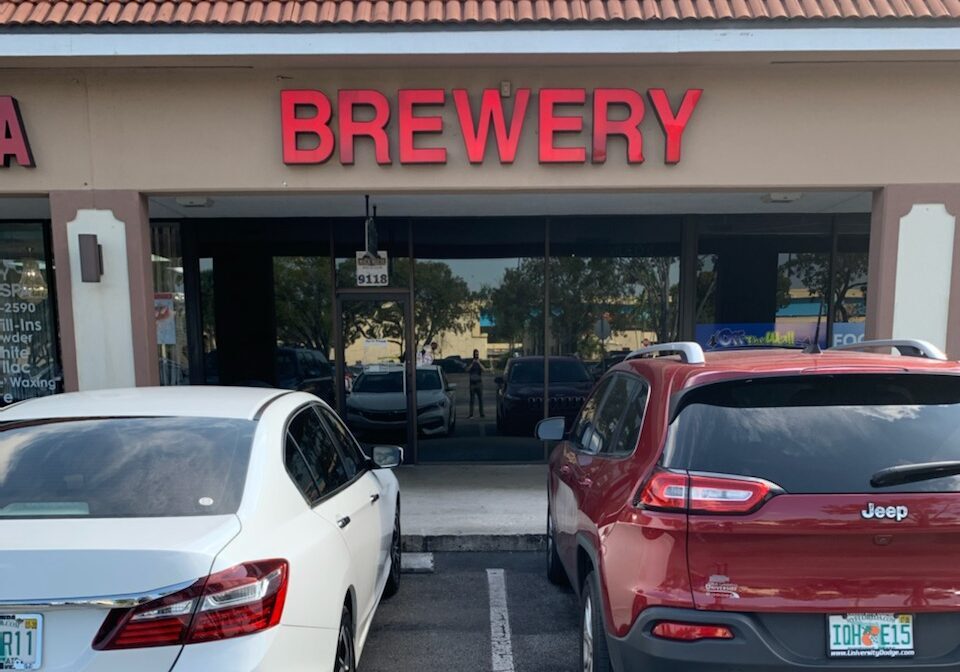 The coolest thing about the Mack House is it’s not trying to be cool.

Mack House is a nanobrewery hidden in a shopping center in West Davie that’s been open as long as Funky Buddha.

Where smaller craft beer bars – like the “Portly Pig” in Dania Beach and “To Victory” in Cooper City – have gone out of business, Mack House hasn’t.

Since opening in 2012, owner and head brewer Kyle Hatfield has brewed his own beer and served it to patrons from behind the bar. 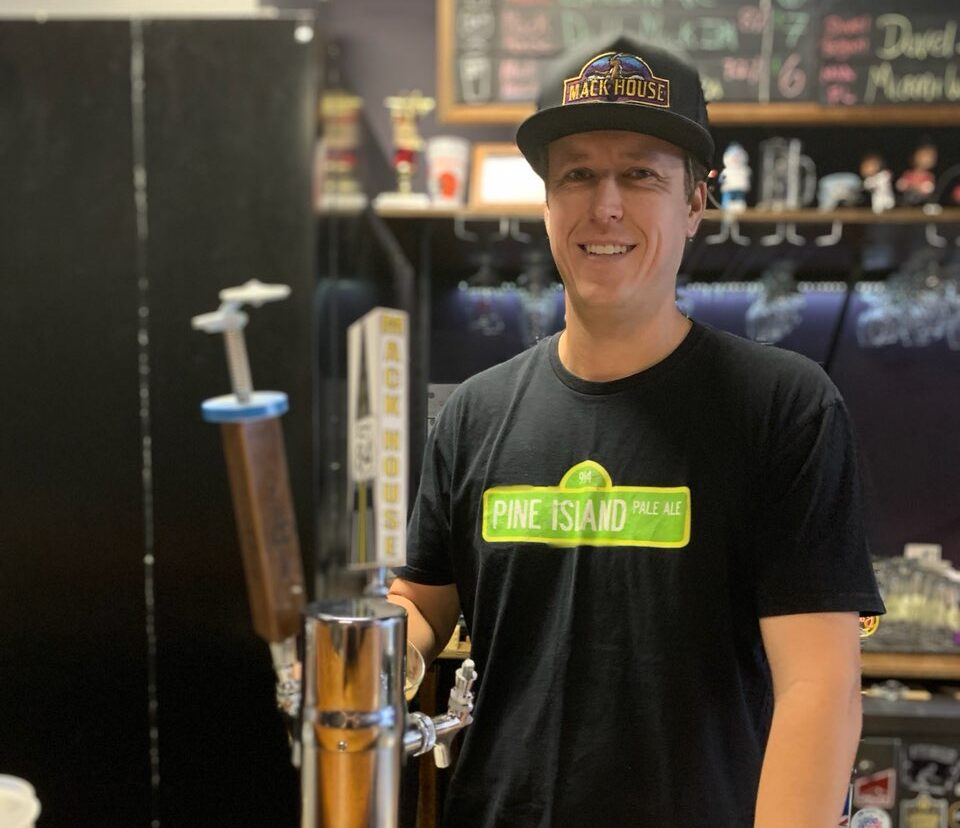 “If you’re a regular and I don’t know your name it’s pretty weird,” Hatfield told me while scooping grain from the 93-gallon stainless steel kettle tank in the kitchen of Mack House. “We’ve had a lot of customers who have been with us since the beginning and keep coming back.”

Along with his brother, Jesse, and childhood friend, Steve, the trio has rotated tending bar seven days a week for the last seven years. 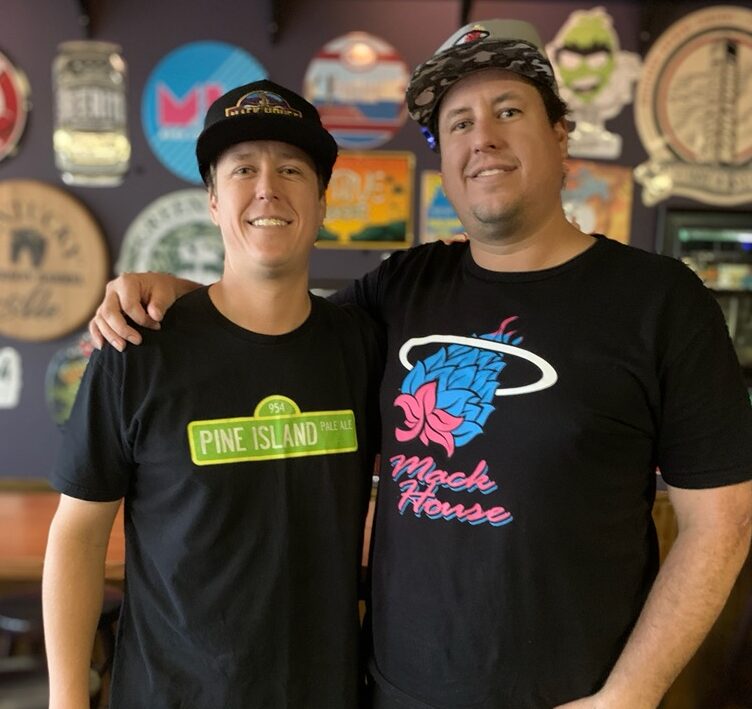 As someone who frequents Mack House on a weekly basis, here are the reasons I keep coming back…

Mack House is the only brewery in Broward open until 2 a.m. every day but Sunday.

The 1,300 square foot brewery is located in the middle of a strip mall, sandwiched between an Off-the-Wall amusement center for kids and a nail salon. The red brewery sign above the tinted windows is the only way to distinguish Mack House from every other storefront in the plaza.

The 42-chair taproom is dark inside.

To the right are two thrift store couches facing perpendicular to an analog TV with Super Nintendo Entertainment System and Nintendo 64 hooked up with two boxes full of video games to play.

Nineties punk, hip hop, metal, and reggae music play loud enough to hear while holding a conversation with the person across from you. 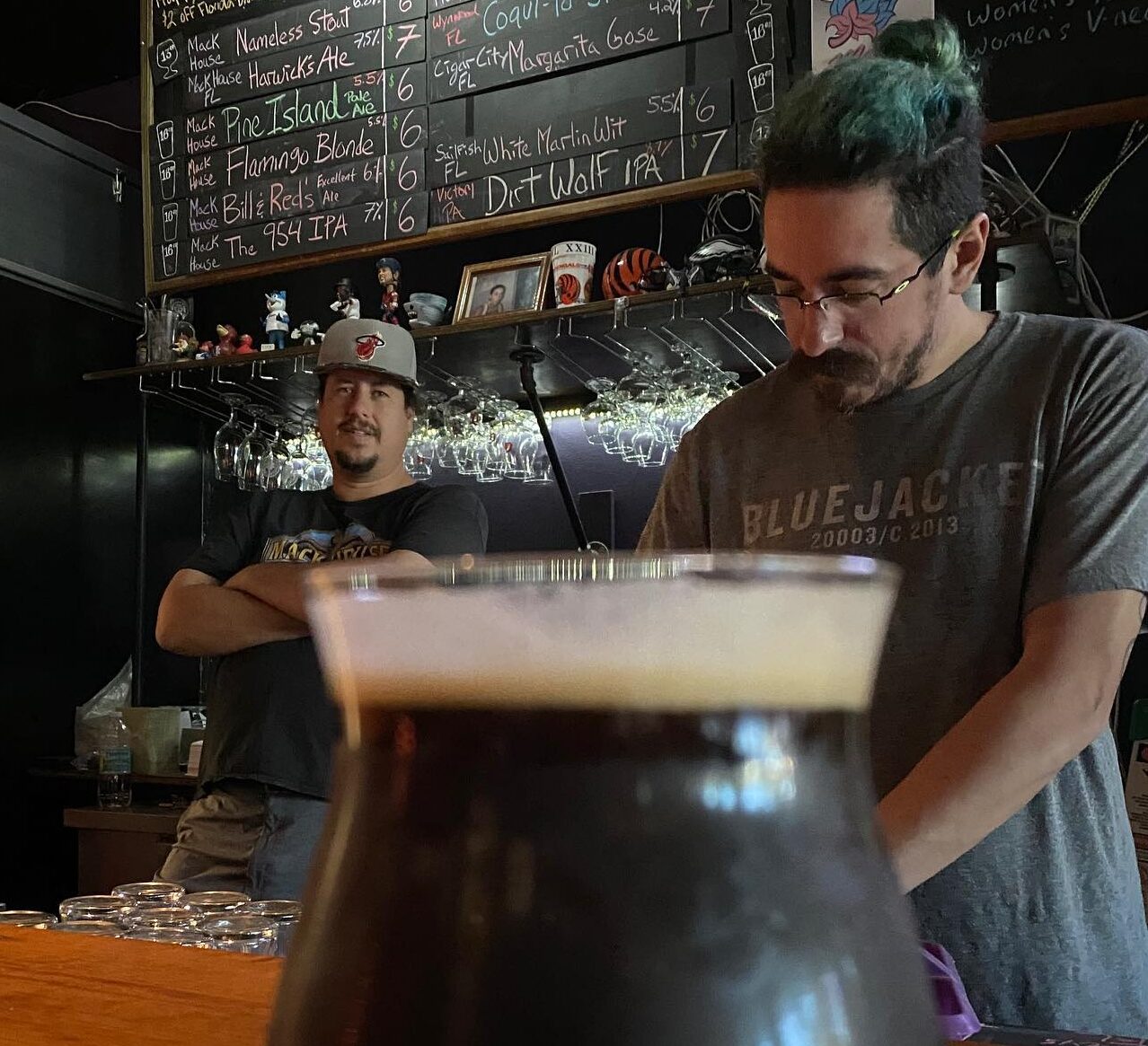 There’s something about playing 007 Goldeneye on N64 while listening to NOFX that takes me back to my pre-teen years – except now I can drink beer.

“Sometimes an older couple might come in when we first open and they’re a little put off – but that’s just us,” Hatfield, 35, said. “We gotta listen to this music all day, so it’s got to be something that we like.”

I have to admit, I have a soft spot for Mack House over other breweries because I grew up in Davie. It’s a boring town out West and historically I’ve had to commute to find good beer.

It feels like home when I walk in. Even if it’s been a month, the same bartenders are there.

The first patron to order a beer at Mack House was a childhood friend of mine named Joe Harwick. Harwick and I lived in the same neighborhood – up until 2014 when he passed away.

Harwick was only 25 years old. 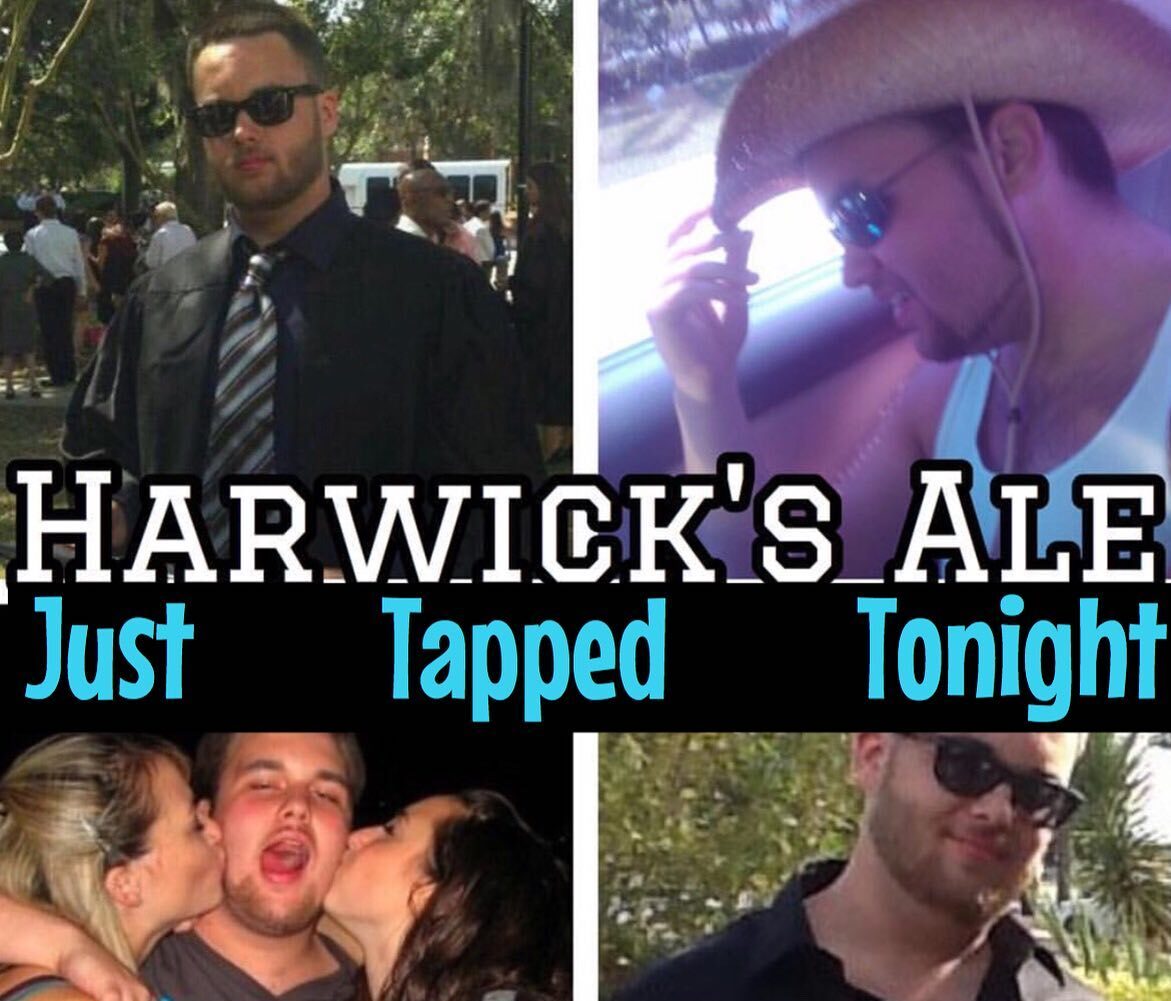 A Facebook promotional photo that the Harwick’s Ale is on tap.

When I attended his funeral, the guys from Mack House were there. That night, friends of Harwick’s went to Mack House to celebrate his life.

“We fucking partied until 3 a.m. – and they were saying we should make a beer,” Hatfield said. “We brewed a Belgium because that’s what Joey wanted to drink.”

Hatfield named the beer “Harwick’s Ale” and still brews it to this day.

Then every Saturday and Sunday from noon to 4 p.m. Mack House sells Cigar City Jai Alai IPAs for $3 and Narragansett lagers for only $2. 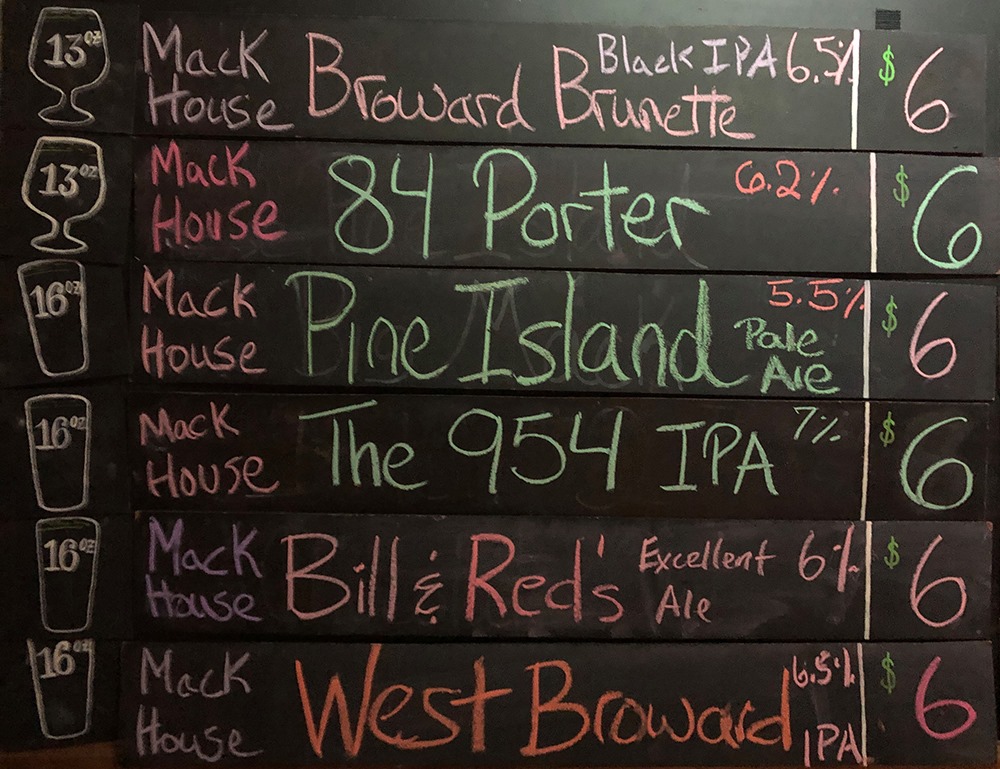 It’s hard for me to convince someone who lives in Fort Lauderdale to check out a brewery in Davie. But if you live out West and love craft beer – don’t drive 30 minutes to sit at a trendy bar on the railroad tracks.

There’s a seat at Mack House waiting for you.