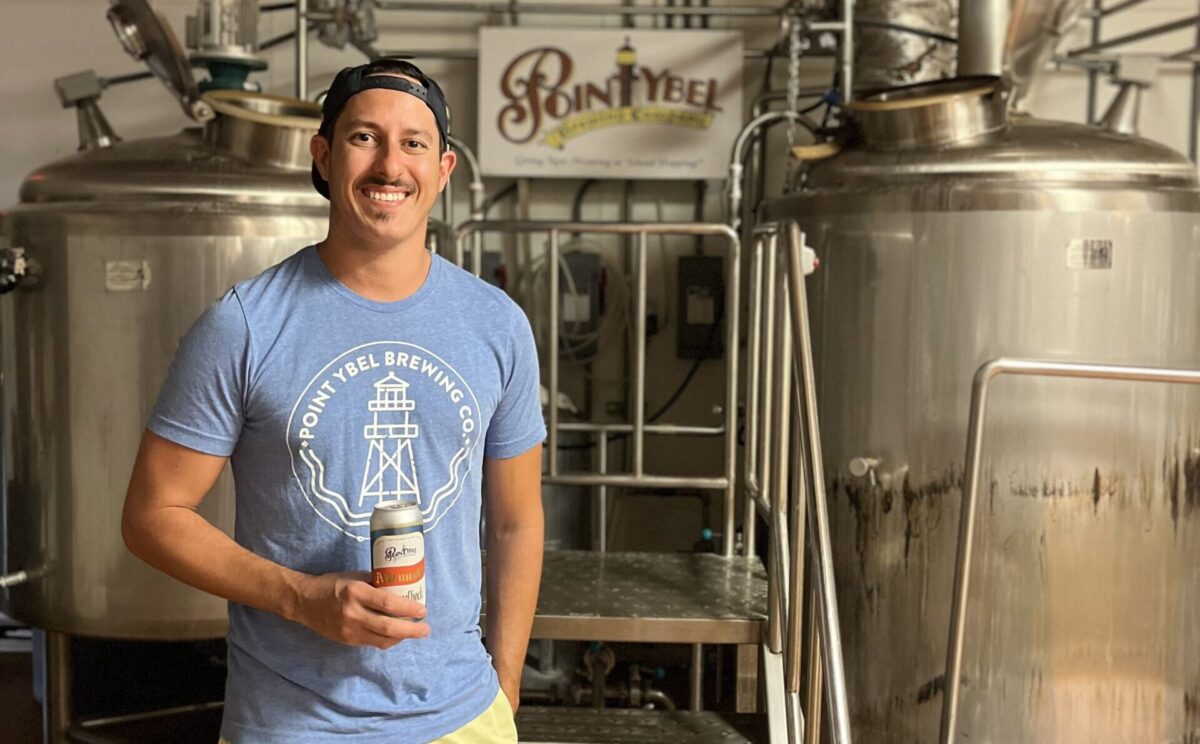 Point Ybel is Proof Brewer-Owned Breweries Are the Best 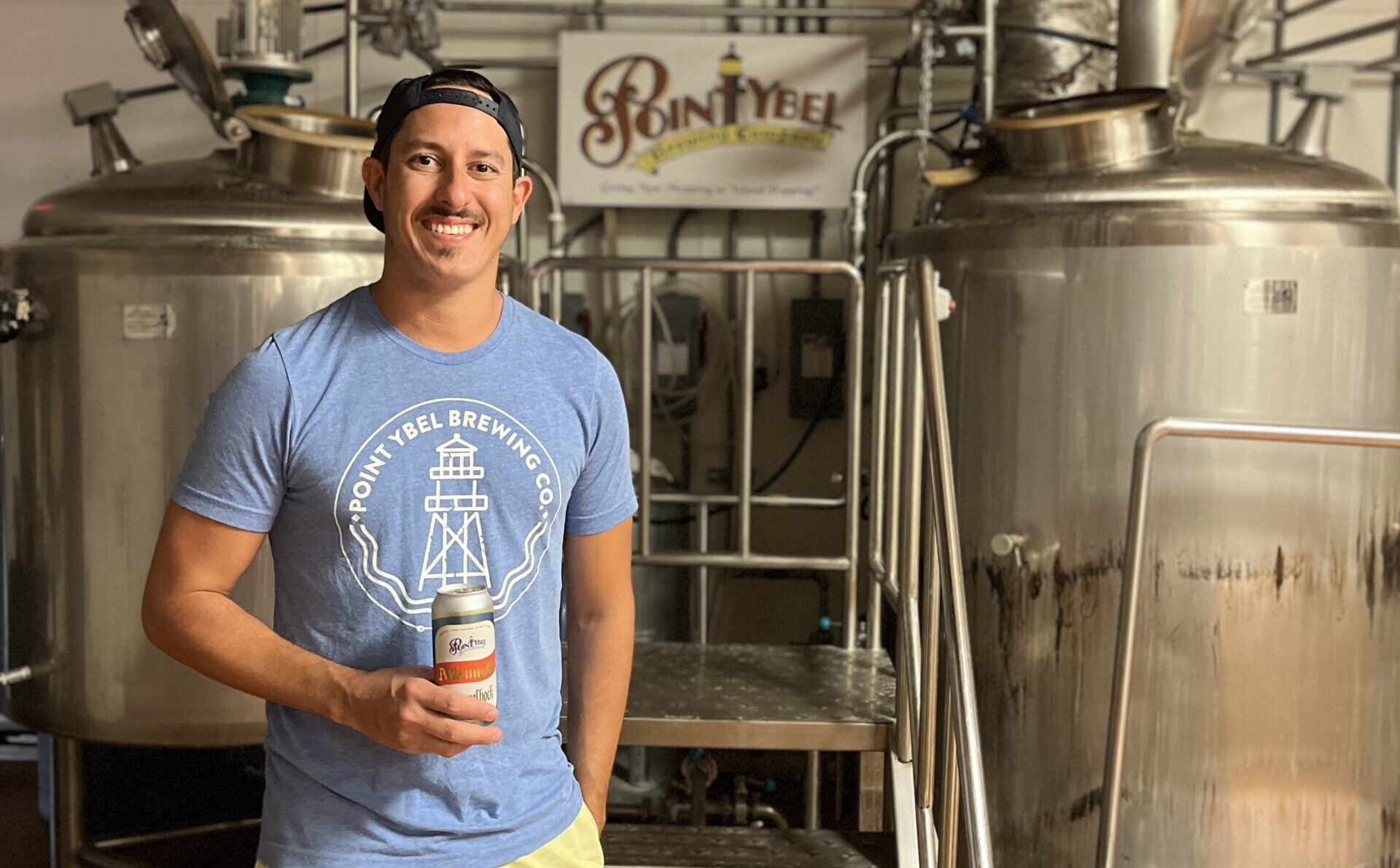 The Fort Myers Beach small-batch brewery just gets it.

When Jordan Weisberg took his first commercial brewing gig, he couldn’t have predicted that one day he’d own the place.

But three years into working at Point Ybel Brewing, Weisberg was asked by the owners to take over.

I had no idea who owned the brewery on my first visit but quickly fell in love. After my usual first visit ritual, ordering a flight of samples and full-pour lager, I looked at my wife with a child-like smile and said “this place is like the Invasive Species of the West Coast.” As naive and goofy a comment it was – considering the taproom vibe and variety of beer styles on draft and in to-go cans – I was onto something.

It wasn’t until a recent conversation with Weisberg, co-owner and head brewer of Point Ybel, that I nailed down the main reason why it reminded me of Invasive Species so much: Both are brewer-owned and operated. There are a few reasons why that’s important to me.

Sticking to the point

I’ve argued before that my favorite breweries reflect the owner’s personality. A good brewer cares more about the quality of their product than profits: It’s a reflection of their entire identity and character.

The flipside is when an inexperienced homebrewer launches a brand and fakes their way into opening a place with mom and dad’s or an investor’s money.

Point Ybel’s original owners didn’t have much experience and needed help from local up-and-coming talent. Weisberg was hanging around and learning from the best in the Tampa beer scene for years before making a move to Fort Myers Beach.

“I found out about this place opening and offered my time for free to do whatever I can to get in,” Weisberg tells Broward Beer. “Flash forward about 3 ½ years later, I had taken over all the responsibilities but was just tired of the way the place was being run beyond me.” 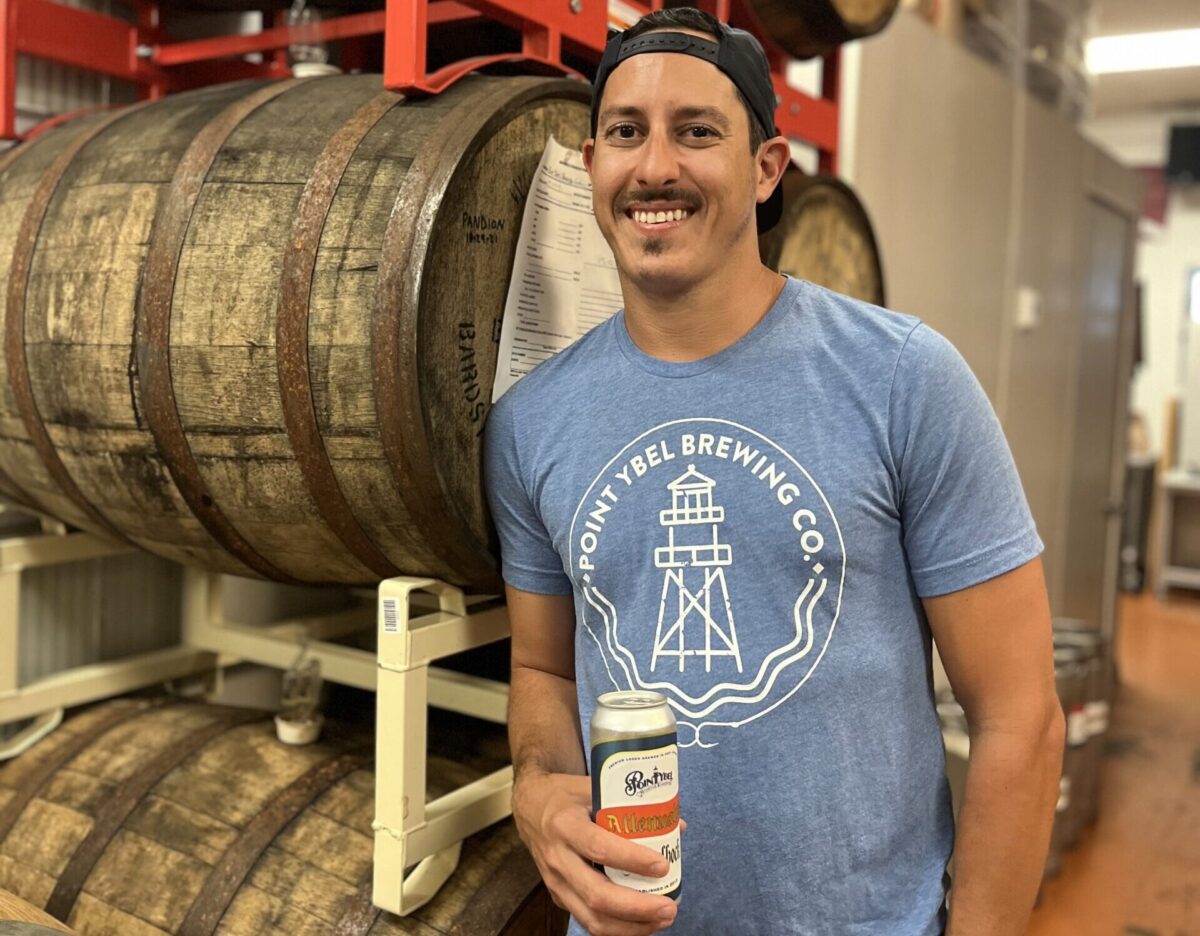 Weisberg holding a “Boot Bier” Pilsner next to barrels.

Weisberg previously told The Full Pint podcast that the original owners were nonexistent at one point and left him with nearly all responsibilities brewing and running the taproom. His frustration got to the point that he was going to leave the state for another brewing gig at Birds Fly South Brewing Project in Greenville, South Carolina.

“I could only do so much and knew I wanted to open my own place and figured I was running this place but I’m not reaping the benefits of it,” Weisberg said. “[My wife and I] were going to move and I got word that the old owners were moving to Colorado and asked if I could take over the brewery. I had to make a decision if I was going to give up the gig up there. We decided to take over.”

Weisberg and his wife shut the place down for two weeks and remodeled the taproom in their image. They updated the logo and added a merchandise station. “We made the place a real business,” he added.

The focus of the business was less on distribution and more on taproom sales, including more to-go cans.

Brewers are their own worst critics

Owning and operating a brewery is a lifestyle that you can’t fake your way into. It will reflect in the product and taproom – customers will catch on and imbibe elsewhere. There are other small-batch breweries nearby that may have good intentions but it doesn’t show in the liquid.

Before landing in Fort Myers, Weisberg was heavily-involved in the Tampa homebrewing and craft beer community. He honed in his craft by joining multiple homebrewing clubs and consulting more experienced brewers for advice and critiques.

Every Tuesday, he started by picking up ingredients from Southern Brewing and Winemaking homebrew supply shop and a mix-and-match six-pack from a local Total Wine.

At the time, industry veterans Khristopher Johnson of Green Bench Brewing and Tyler Singletary of Grand Central Brew House were working at the homebrew supply shop. He regularly talked shop with them and others in the local homebrew circuit and bring growlers of his brews to Cigar City for the staff to critique and give feedback.

“There are a lot of people out there who think their beer is the best. Here’s the thing: You have to be a brewer that wants to criticize your own beer,” Weisberg said. “Before I even brew the next batch I always think of what I can do to make it better. I’m still changing this beer nine years later. Everything can always be better.”

Point Ybel recently won three bronze awards at the 2022 Best Beer in Florida Championship. To Weisberg the accolades are flattering but proof there’s room to improve: “No brewer should call the beer perfect until it takes home gold in the Great American Beer Festival,” Weisberg said.

Over the years, visiting breweries across the country over has made him question how those owners view their own beer. 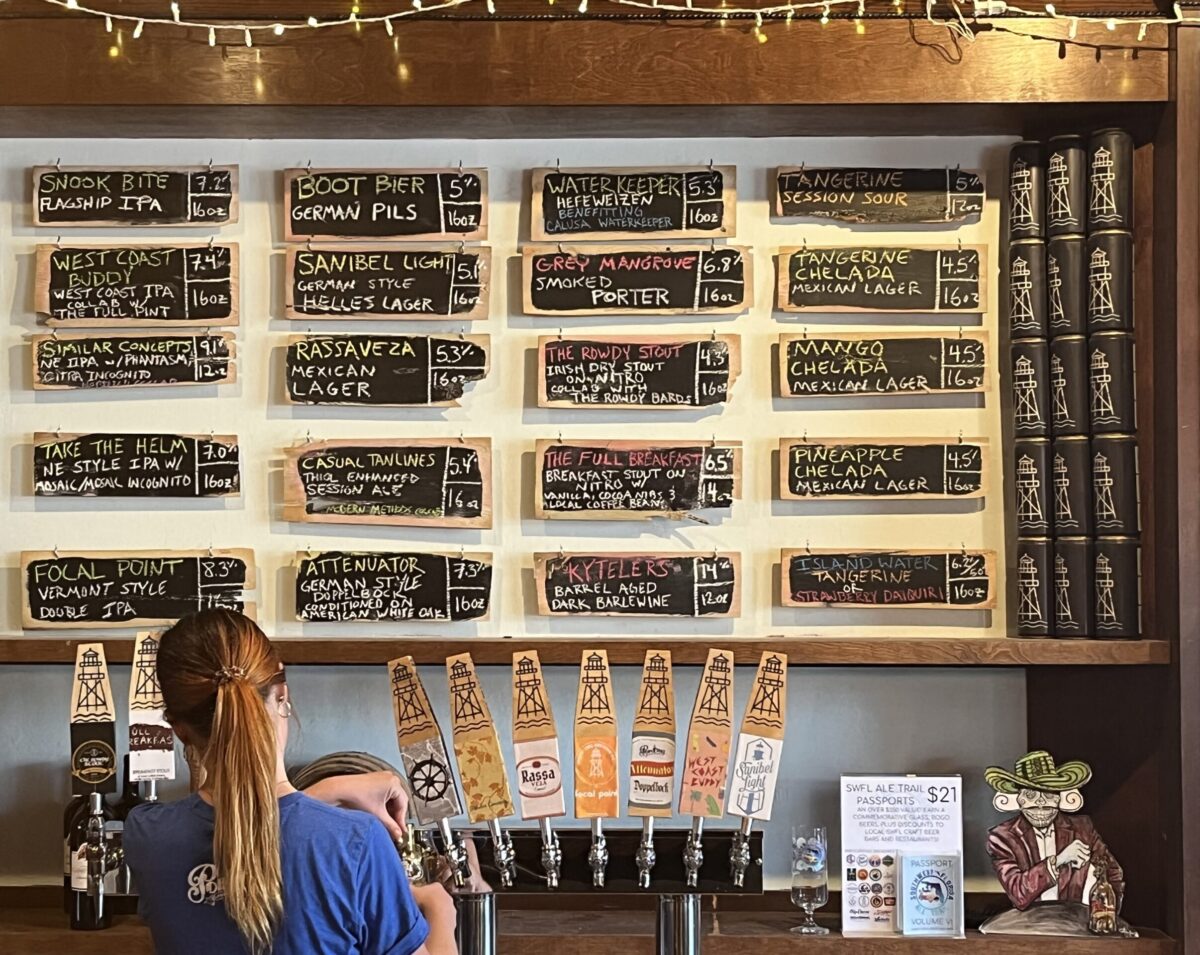 “When you go to a brewery and the beer is bad, what do you think they think of it? Do they think it should be better? Do they even realize it’s bad? Do they not care?” Weisberg said. “I always wonder those things.”

Weisberg’s personal favorite of his own beers is the “Boot Bier” German Pilsner. As a fan of lagers, he appreciates flavor met with drinkability – and feels after you finish one beer you should want another. It doesn’t matter how big the beer is to him, they should all be “dangerously drinkable.”

“It’s my essence and personality in all of the beer regardless if I’m drinking it or not. I selfishly make all my beer styles up there the way I like them,” Weisberg said, hinting at his taproom board. “I want my underlying passion to come through the beer.”