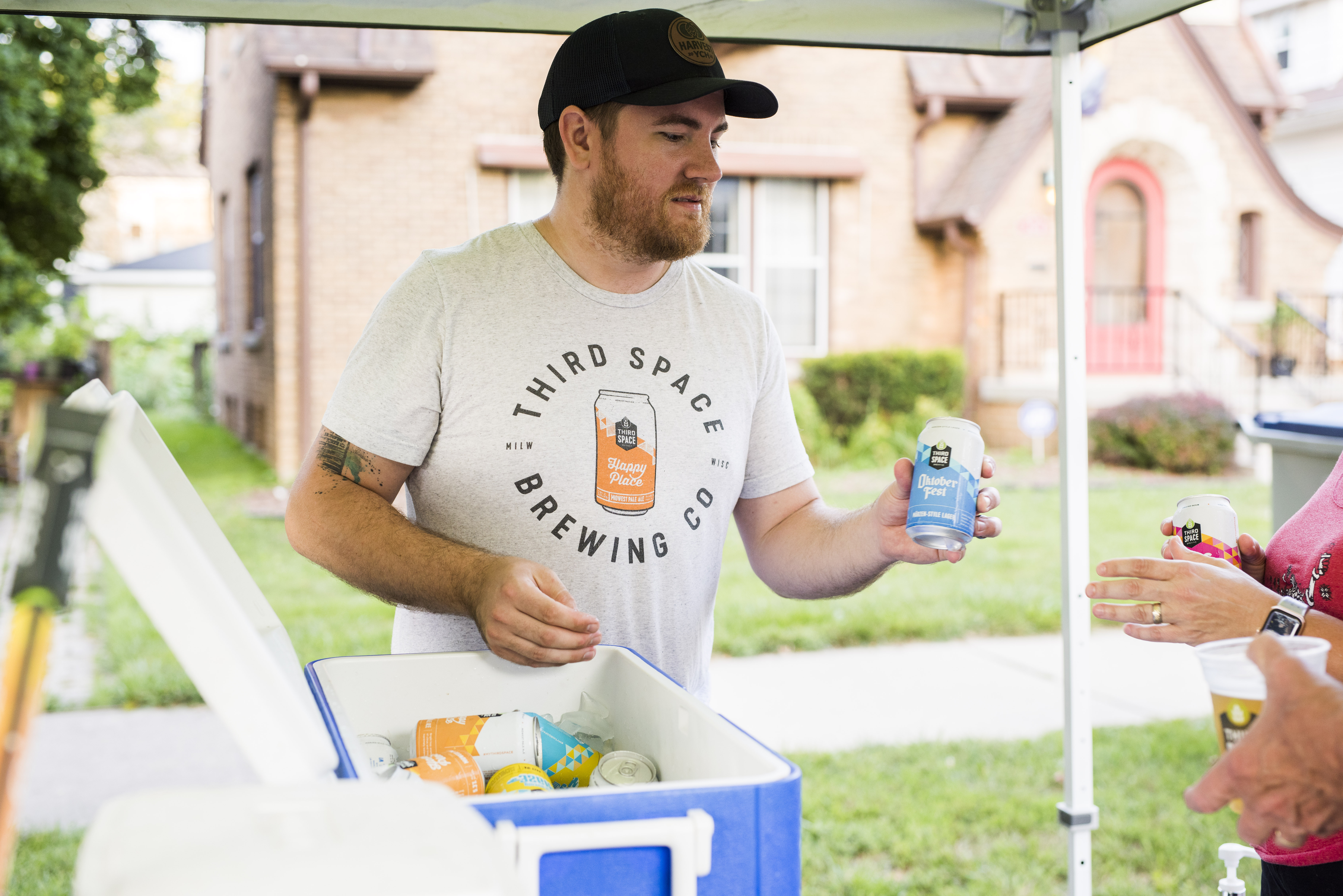 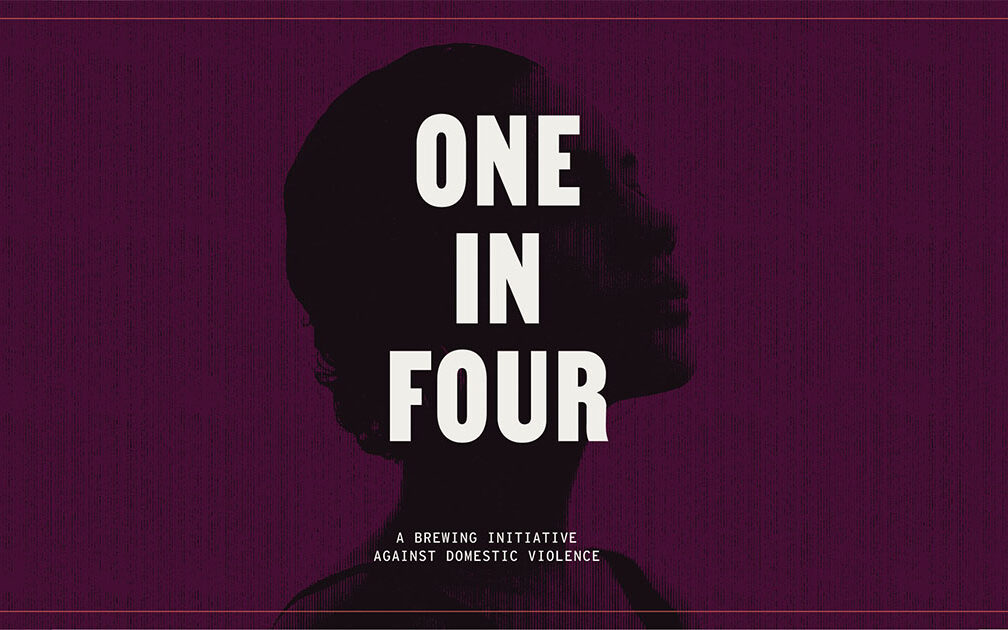 Photo from Matt Cisz, founder of the “One in Four” brewing initiative.

“One in Four” IPA is a collaboration beer to raise money for nonprofits and spread awareness.

Matt Cisz felt helpless when the police called saying his niece had been killed by an ex-boyfriend.

The lead brewer of Third Space Brewing Co. in Milwaukee, Wisconsin is working to overcome that helpless feeling through his passion and career.

Cisz launched “One in Four,” a worldwide collaboration beer to raise awareness of domestic violence, with proceeds benefiting organizations for victims.

“We named the beer ‘One in Four’ based on the staggering statistic on the number of women who experience domestic violence at some point in their life,” Cisz tells Broward Beer. “But one in nine men do, too. Those are just the reported numbers. Think of how many people — probably even in your life — have been affected.”

Matt Cisz, founder of the “One in Four” brewing initiative.

Along with the National Coalition Against Domestic Violence, Cisz partnered with malt and hop manufacturers to discount ingredients for participating breweries.

The goal is to release their version of the beer in October to support Domestic Violence Awareness Month.

A brewing initiative against domestic violence

Gretchen Shaw, Deputy Director of NCADV, tells Broward Beer the organization doesn’t typically partner with companies that sell alcohol. But she made an exception after speaking with Cisz.

As a surviving family member, Cisz has a unique perspective to truly understand how complex domestic violence can be. For that, Shaw admires his efforts to help others facing trauma.

“It was clear after the first conversation with Matt that he really understands the issue of domestic violence,” Shaw says. “He was so passionate about doing something so that it doesn’t happen to anyone else.” 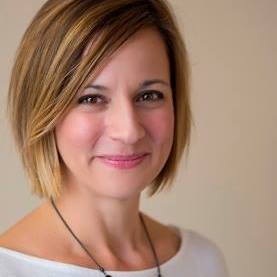 Misunderstandings from people who automatically assume victims can easily leave a toxic and violent relationship.

Often an abuser psychologically manipulates their partner in numerous ways to gain control.

The abuser may start out as a wonderful partner. Then subtly change over time – and that evolution can be confusing for victims to navigate.

“Domestic violence doesn’t always start with a punch in the face,” Shaw says. “The abuser always uses tactics to first gain power and control. That can often look like financial, mental, psychological, or verbal abuse.”

Shaw acknowledges that alcoholism and addiction can exacerbate domestic violence situations. But she doesn’t believe either is a cause and says abuse is a conscious choice.

“We may have people who aren’t happy with us for partnering on a beer,” Shaw said. “Knowing Matt and his intent, I think it’s a fabulous way to get people just to sit down and talk – chipping away at the misunderstandings related to domestic violence.”

Purple is the color of Domestic Violence Awareness Month. Cisz hopes to “fill bar and retail shelves with the color purple” this October.

The “One in Four” website describes the beer as an approachable IPA that’s not overwhelmingly bitter. The malts give it “subtle bready and nutty notes” rounded out with “berry, stone fruit and citrus” flavors from the hop blend. 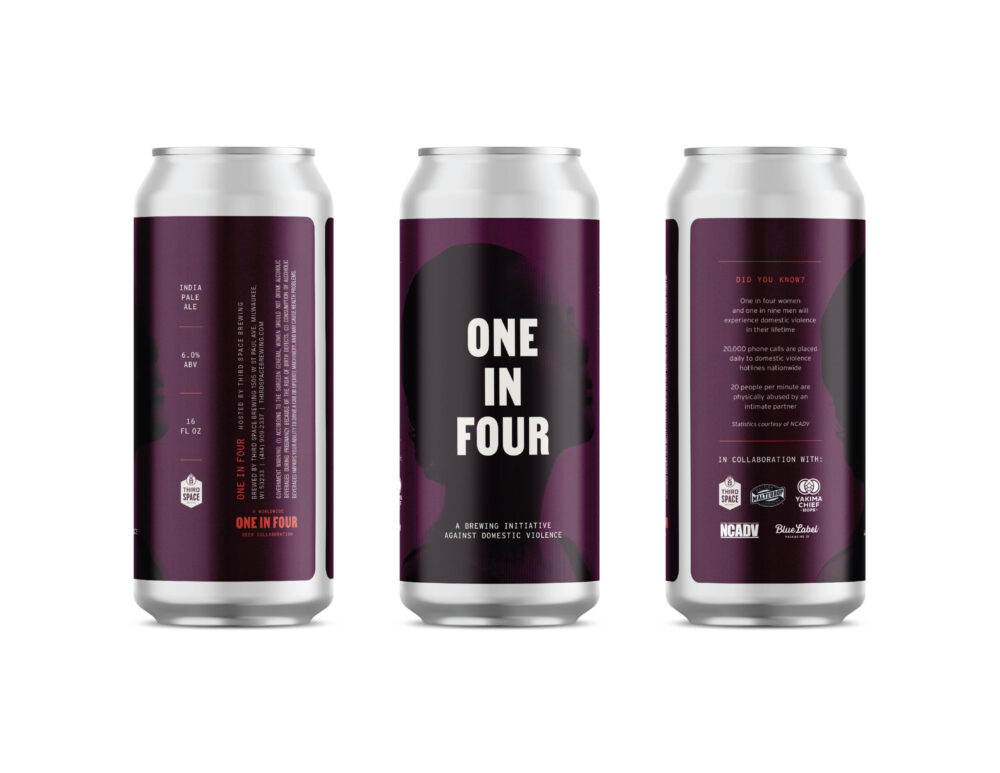 Photo courtesy of Matt Cisz, founder of the “One in Four” brewing initiative.

Breweries that commit to this project can get a 30 percent discount on malts from Malteurop, and Yakima will knock 28 percent off for hops.

Roughly 40 breweries have committed to brewing Cisz’s recipe, as of publication time. Not one of them is located in Florida.

“Someone from a brewery that signed up reached out saying their mother was a victim of domestic violence and this cause is very personal to them,” Cisz says. “It means a lot when others in this industry hear your story and want to participate.”

If you’re in a domestic violence situation or know someone who is, help is available. Visit www.ncadv.org, or call the National Domestic Violence Hotline at 800-799-7233.