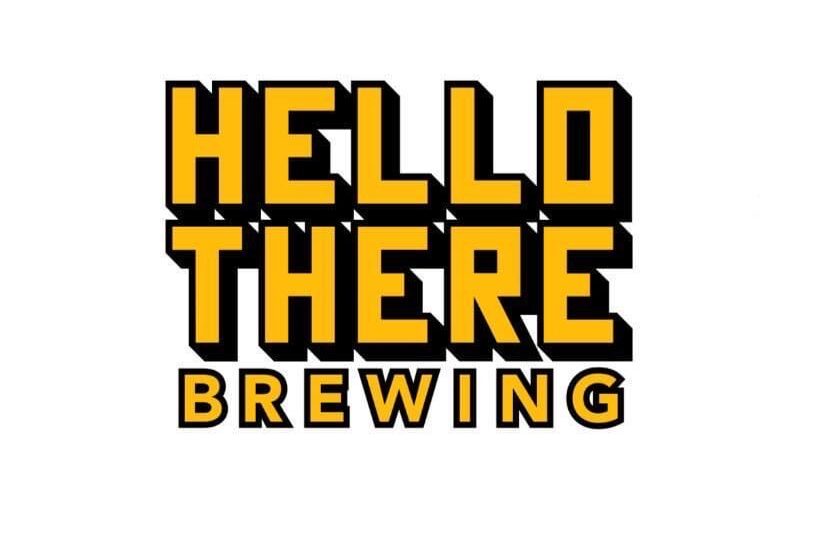 Hello There Brewing: For The Love of Beer

My new favorite beer brand doesn’t own a brewery.

After years working for some of the hottest breweries in South Florida, getting paid to brew trendy beer styles cramped Dave Lester’s style.

Last fall, he launched a gypsy brand called Hello There Brewing while working at Tripping Animals in Doral.

“[Hello There] started as a little side project to have a creative outlet,” Lester told Broward Beer. “When you work at a bigger brewery that does a lot of distribution, you make a lot of the same beers over and over. It becomes more like factory work. Part of me reconciling that was trying to do fun stuff outside of work.”

Fun stuff that was influenced by a time he lived in Europe as a teenager. His life and work experiences make Hello There an interesting brand to follow.

Lester was an army brat growing up. His father served in the military and moved the family to Belgium during his career.

There was no drinking age, he recalls. Those European beers continue to inspire the recipes he makes under Hello There.

“This grocery store by my house sold these tall-boy cans for like 30 Belgian Francs for one can, which was less than a U.S. dollar at the time,” Lester says. “It was this dope Saison from a local farmer. At the time, I didn’t know that was shaping the beer I was into.”

Hello There’s name and branding are inspired by the Star Wars film prequels. Lester is a huge fan.

There’s a scene in Star Wars: Episode III – Revenge of the Sith, where Obi-Wan Kenobi drops in on General Grievous and says, “Hello There.”

Everyone who knows Lester has heard him regularly quote the scene. It was a no-brainer to name his brewing project after it.

He tries to implement Easter eggs from the franchise in the artwork, naming, and marketing of the brand.

Lester says his dream is to one day open Hello There as a brick-and-mortar brewery. He can’t say when. For now, he’s just “making cool beers with friends.”

Hello There Brewing’s website reads “For The Love of Beer.” That sums up Lester’s philosophy on the industry.

He’s brewed six beers in collaboration with other breweries and hasn’t made a dime off any of them.

Beer is a business, but when someone hones in their craft for free – it’s a passion. It also shows how supportive the craft beer industry can be. 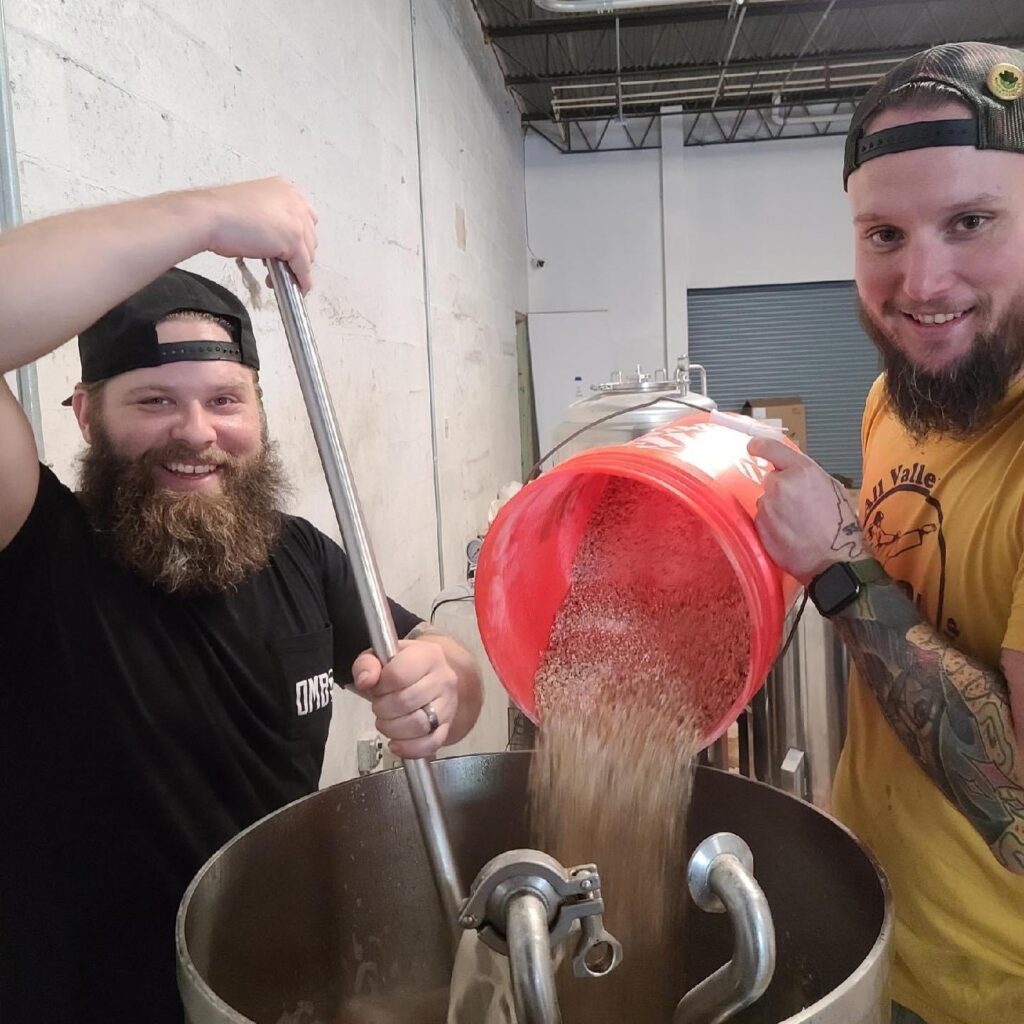 There’s no real financial incentive for any brewery to collaborate with Hello There. And they’re happy to print his logo on the can. Each has been a low-ABV, old-world style with a new spin: Extra Special Bitter, Mexican Dark Lager, and Rauchbier.

Successful brewery owners have recommended he “give up on lagers and ESBs, and make beers you can charge more money for.” But he’s not making money right now – so it doesn’t matter.

The motivation is simple: make beer that he wants to drink.

Brewing beer in his free time isn’t new for Lester.

Lester’s brewing experience goes back to 2017 when he worked as a cellarman at J Wakefield in Wynwood. He really wanted to brew, though. Bad enough that he would help former head brewer Paul Goeddeke in his free time to learn more about brewing.

“I was doing manual labor in my free time for him so he would teach me more,” Lester says.

He’s taken away confidence and know-how you can’t learn at a smaller neighborhood brewery. And I personally feel the last brewery he worked at is the most impressive line on his resume. But the real reason to me is when he took the gig. 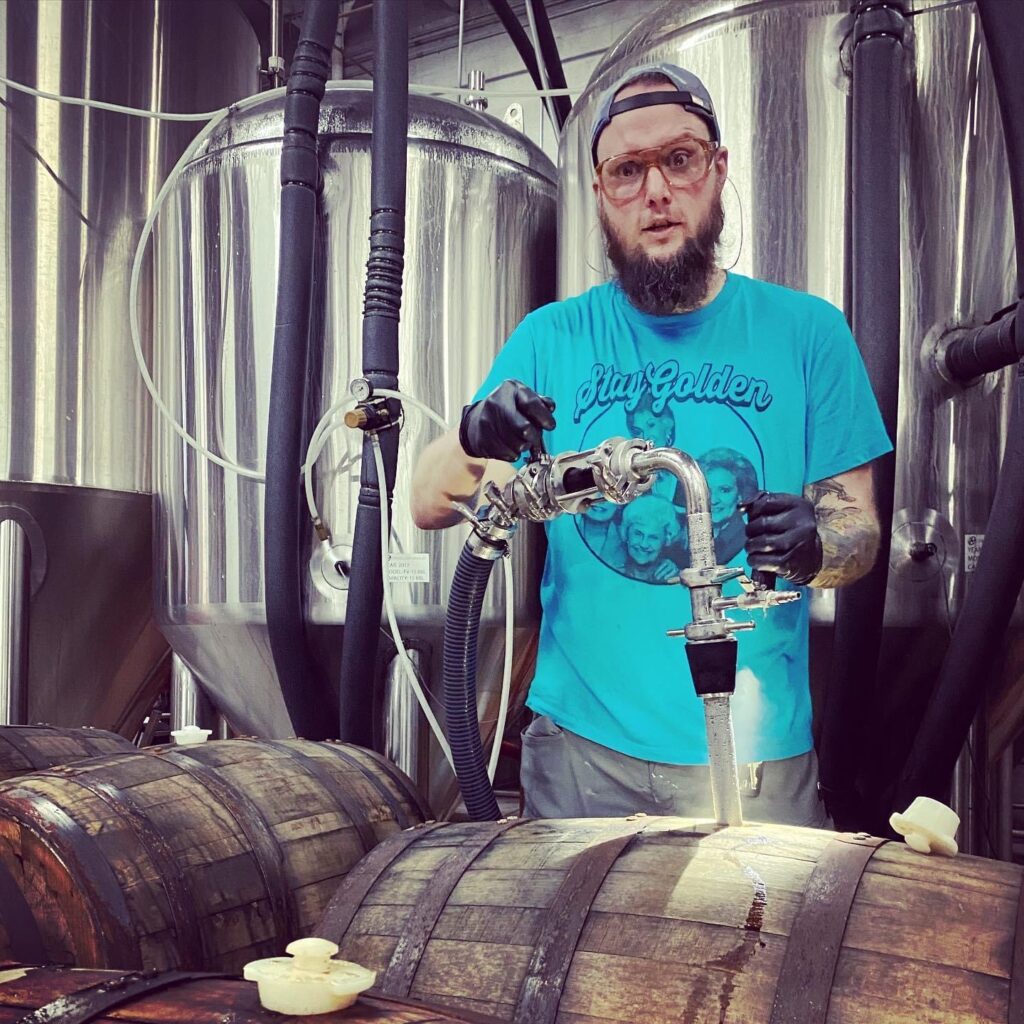 Tripping Animals has been a huge success for the Florida craft beer scene. Lester became a brewer there right when it really started to blow up.

During the peak of the pandemic, the business model shifted its focus on to-go sales and selling canned beer in distribution.

“The brewery had a canning line and their name was taking off right when everything was moving to-go,” Lester says. “We were just churning out beer – and it all sold out. ”

There’s mutual respect and understanding between Lester and the owners of Tripping Animals — they were fine with him pursuing a side project.

Whatever the future holds for Hello There, the mission is still the same…

“Make beer hype again,” Lester says. “The pendulum has to swing back to beer-flavored beer.”