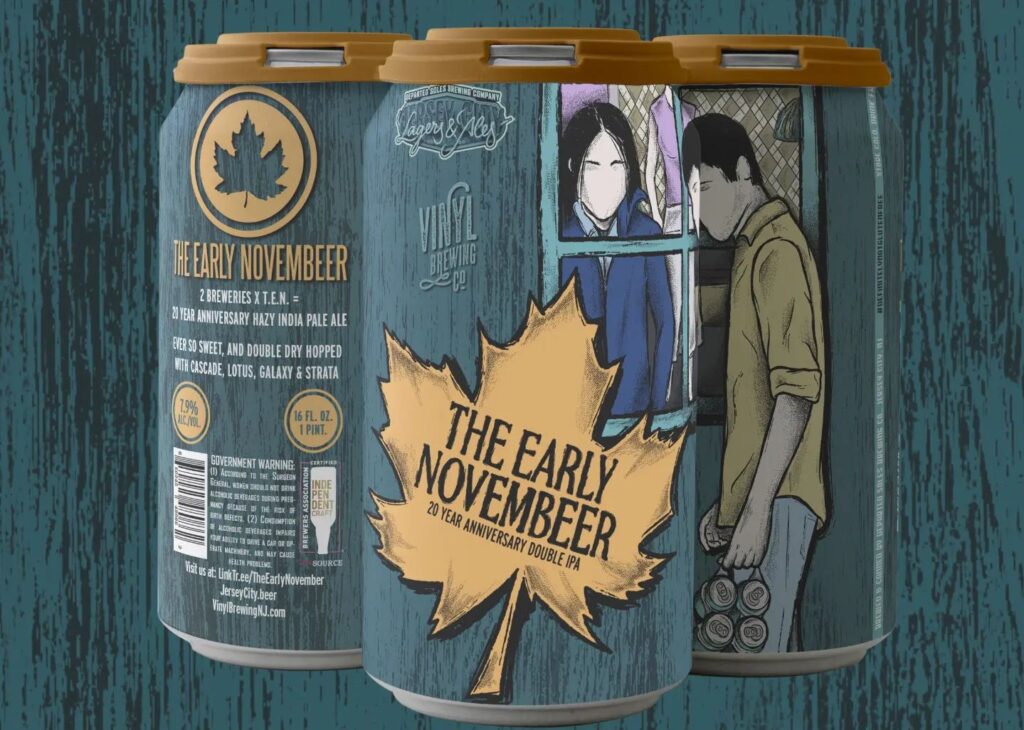 Two New Jersey breweries partnered with one of my favorite childhood bands and it’s got me feeling all of the nostalgia.

I have this vague memory of the first time I listened to The Early November’s “For All of This” EP.

At 13 years old, my friend Jeremy and I hopped on a city bus headed to the Broward Mall. On winter break from school, skateboards in hands and holiday cash in our pockets, we were en route to check out the now-ancient CD selection at the now-defunct Sam Goody.

I had been following the emo and pop punk label Drive-Thru Record’s website for months and heard of a new band that just released a new EP.

Jerm and I found it at the mall chain of CD stores. It was way back in 2003 when you could scan an album at the store to preview-listen before buying.

The Early November blew me away with this fresh sound that was clearly influenced by early 90s Midwest emo bands like The Get Up Kids (they even borrowed the lyrics from “No Love” on their track “Baby Blue”).

Jerm bought that EP and we just played the piss out of it. We learned the guitar and bass guitar tablature to the songs. We failed miserably at covering those eight tracks. But the music spoke to us because it was written by weird kids like us for weird kids like us.

I’m only going down memory lane because The Early November recently partnered with two New Jersey breweries, Departed Soles and Vinyl Brewing, to release a beer inspired by “For All of This” in honor of its 20-year-anniversary.

There are two reasons I really appreciate this project over other “nostalgia” beers:

It’s double dry-hopped with cascade, lotus, galaxy, and strata hops. Vinyl Brewing describes its flavor and aroma as “notes of tropical fruit like mango, melon, and grapefruit layered on top of sticky resin.” In other words, it’s a hazy IPA – one of the highest-selling beer styles. 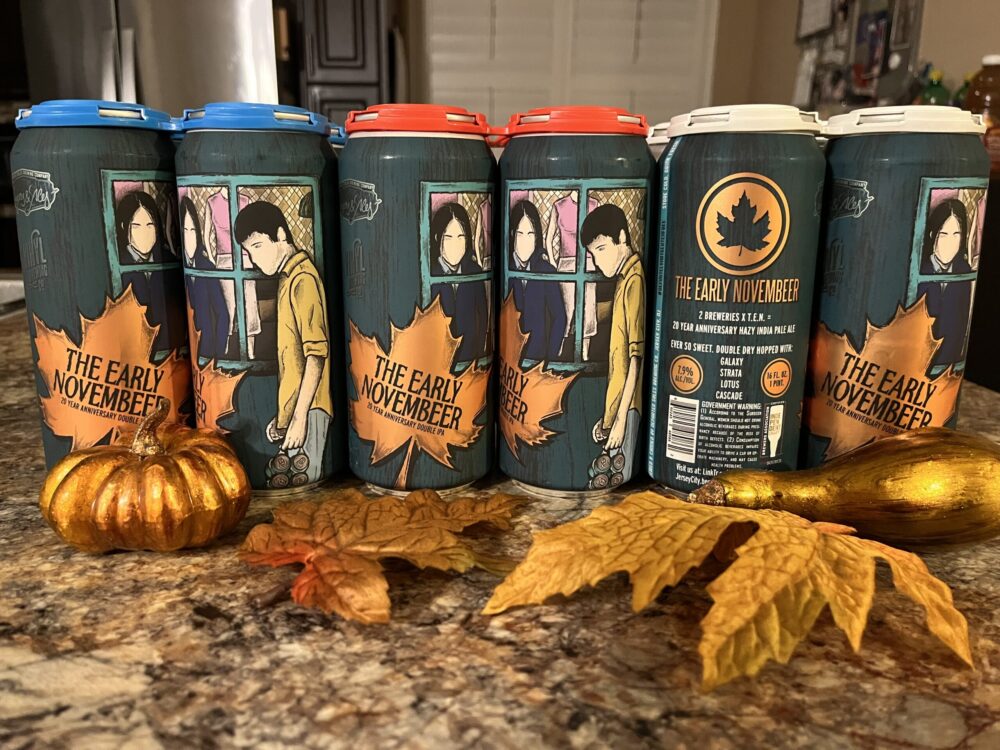 A 12-pack of “The Early Novembeer” 20-year anniversary double IPA.

I’m not one to normally spend $85 to ship a 12-pack of IPAs from out of state but I had no problem making an exception to support a good cause and one of my favorite bands.

Over the years their music has followed me in many forms from burned CDs to Spotify playlists.

At every high school party I ever went to, someone would play “For All of This” knowing it would get my close group of friends drunkenly singing in unison the lyrics of its eight songs.

Jerm and I can legally drink beer now. I’ve invited him and my group of friends over to drink these beers and listen to this album.

Now that we’re all halfway through our 30s, settled into careers, a few of us are married, and a few of us have kids, there are two things I can bank on for that night: Those songs will still hit and the beer is going to be so much better than at those high school parties.