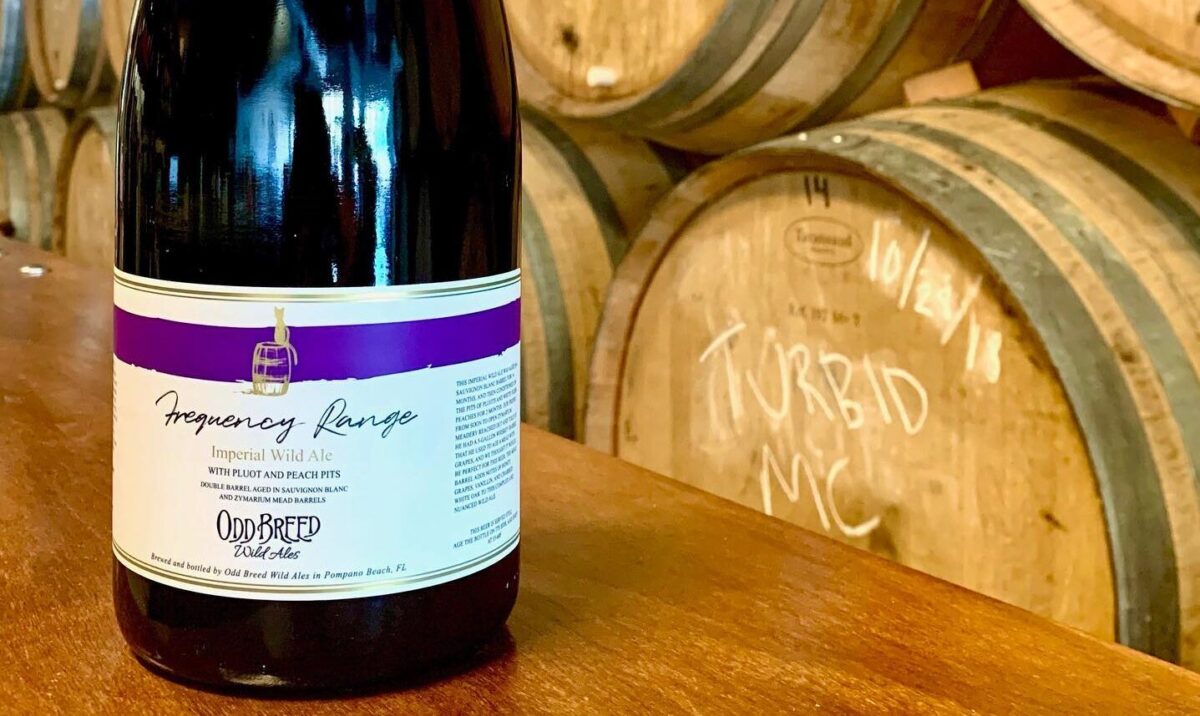 For $5 apiece, you can buy as many raffle tickets as you wish to win a rare 15% ABV beer.

When Matt Manthe bottled a rare beer called “Frequency Range” at the beginning of this year, no one at Odd Breed Wild Ales could’ve predicted the rollercoaster ride the pandemic, police brutality protests, and the presidential election would bring. But now that it’s ready to sell, the brewery is giving back.

Until the end of this week, the Pompano Beach taproom is selling raffle tickets for a 50-ounce, extremely rare, imperial wild ale to donate money to the Broward County chapter of the American Civil Liberties Union, a nonprofit founded in 1920.

How rare is the beer? There were only five gallons produced. To put that in perspective, Funky Buddha produces more than 850,000 gallons annually.

This beer required a whiskey barrel previously used to age grape mead, which was provided by Joe Leigh from Zymarium meads.

Odd Breed’s Facebook page describes it as “one of our boldest and most complex beers to date. [Two] years in the making, double barrel-aged, and conditioned on organic fruit.” 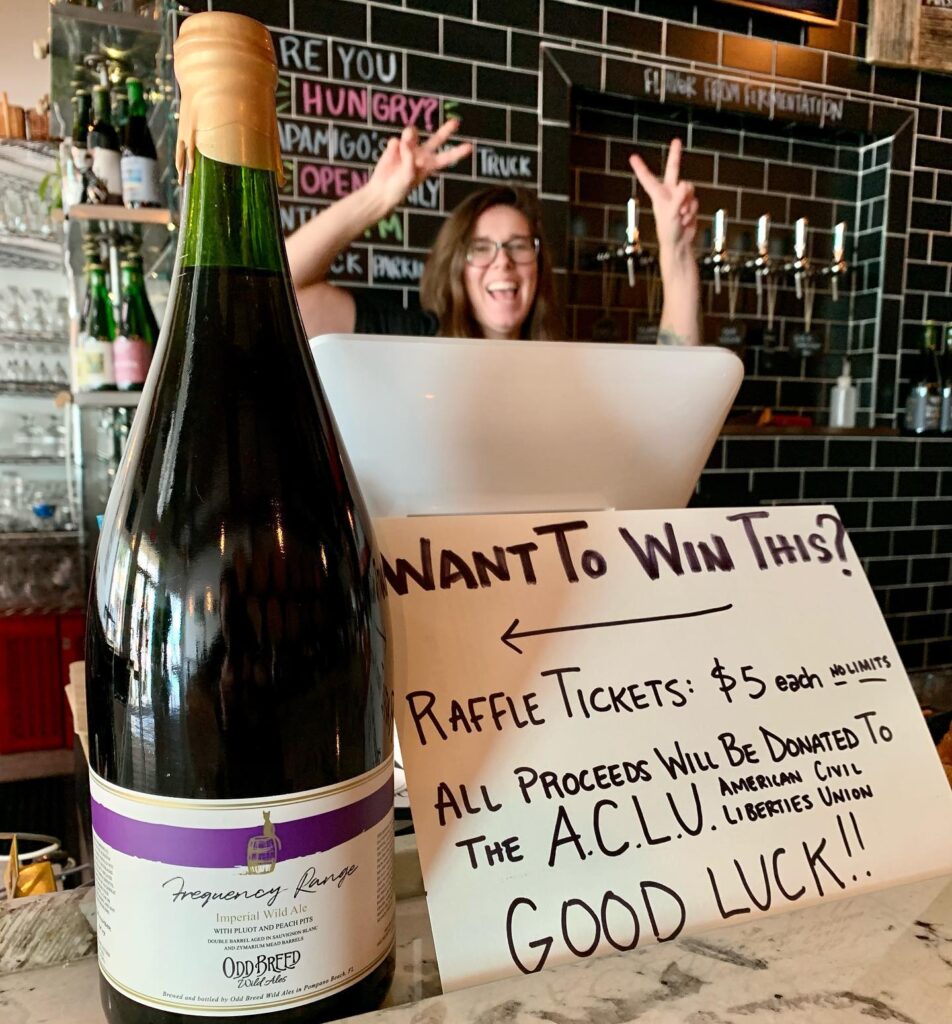 When asked why the brewery is donating beer sales to the ACLU, spokeswoman Natalie Miles said Odd Breed, “wants to do more for the community.”

Earlier this year, breweries throughout the country participated in the “Black is Beautiful” initiative. More than 1,100 nationwide – and across 22 countries – brewed variations of an imperial stout recipe created by Weathered Souls Brewing Co. in San Antonio, Texas to donate 100 percent sales to local organizations that support police brutality reform.

Odd Breed wanted to do something similar. But its unique, lambic-inspired beers’ fermentation process simply takes far too long to have contributed to that specific initiative, Miles told Broward Beer.

There’s no limit on the number of tickets you can purchase. The winner will be announced on Sunday, Nov. 29.