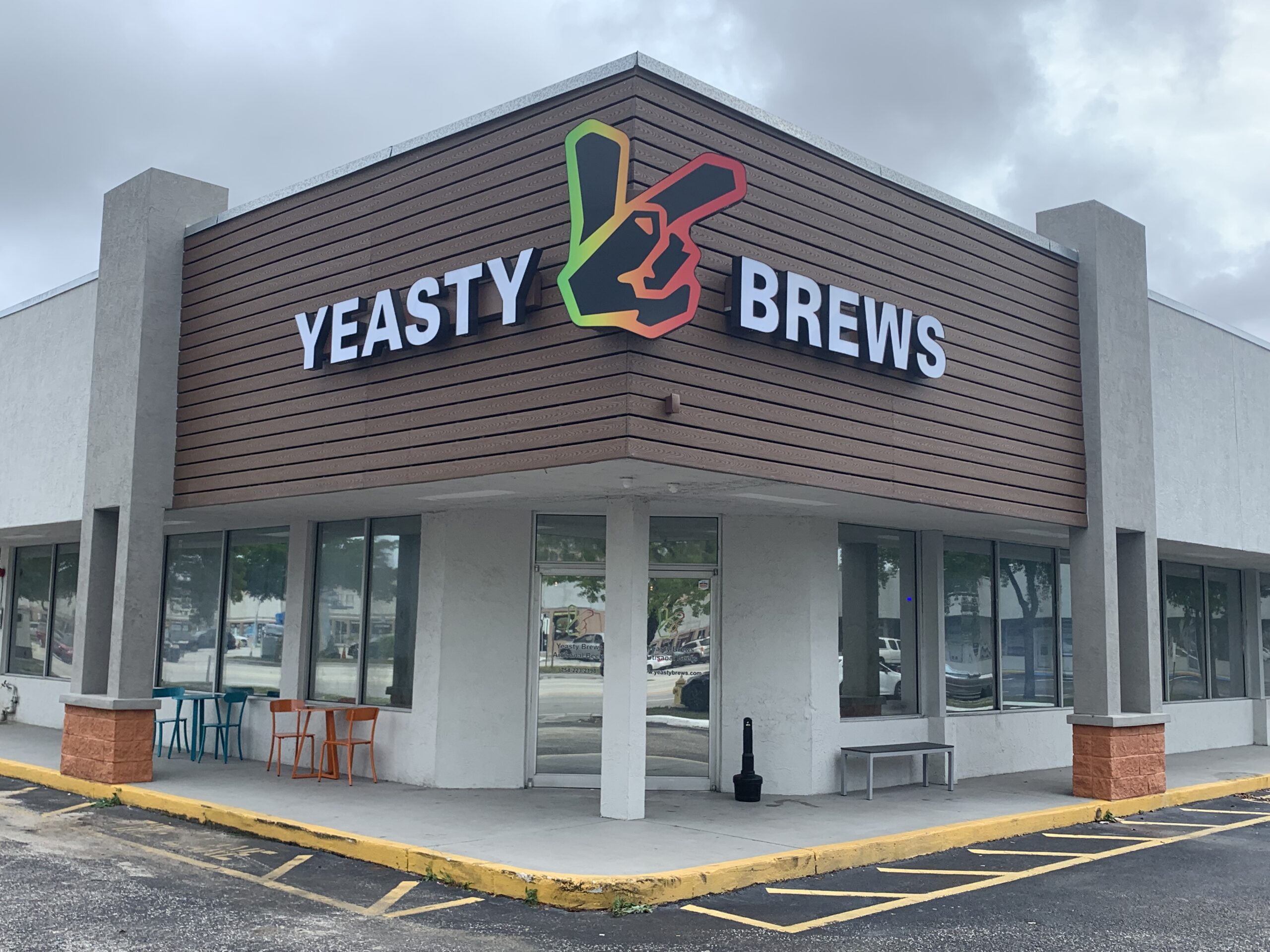 This Saturday, Yeasty Brews will showcase beer from 13 Florida-based breweries.

Denielle Mizrahi and Daniel Pfaffenbach could’ve panicked over the pandemic. Instead, the business and life partners decided to take advantage of the downtime to further build out their brewery.

Rumors of Yeasty Brews’ opening were reported as early as Fall 2019. But Lauderhill’s first nano-brewery didn’t open its doors until early December 2020.

“We thought we would’ve been open way sooner than we did,” Mizrahi told Broward Beer. “COVID definitely slowed a lot of things down but at the same time we got to focus on all the smaller details in the place.”

Details like canning, labels and designs, and a 3,000-square-foot taproom and brewhouse they built with friends and family when contractors stopped showing during the height of the pandemic lockdowns, according to the Sun Sentinel.

Now a full year after the grand opening, owners of the brewery focused on one of the most fundamental components of beer (yeast) is set to celebrate their one-year anniversary. This Saturday, from 3 to 7 p.m. Yeasty Brews will host a “mini Viking-themed beer festival.”

For $40, general admission attendants will get a commemorative glass, and experience four hours of unlimited pours from 13 Florida-based craft beer brands, a DJ, ax throwing, vendors, and desserts. VIP tickets are $65. Those guests receive an additional pint in the taproom and a 22-ounce imperial pastry stout specially brewed for the anniversary. Tickets are available here.

Before getting into who’s pouring at the fest, check out this video of the couple telling their story…