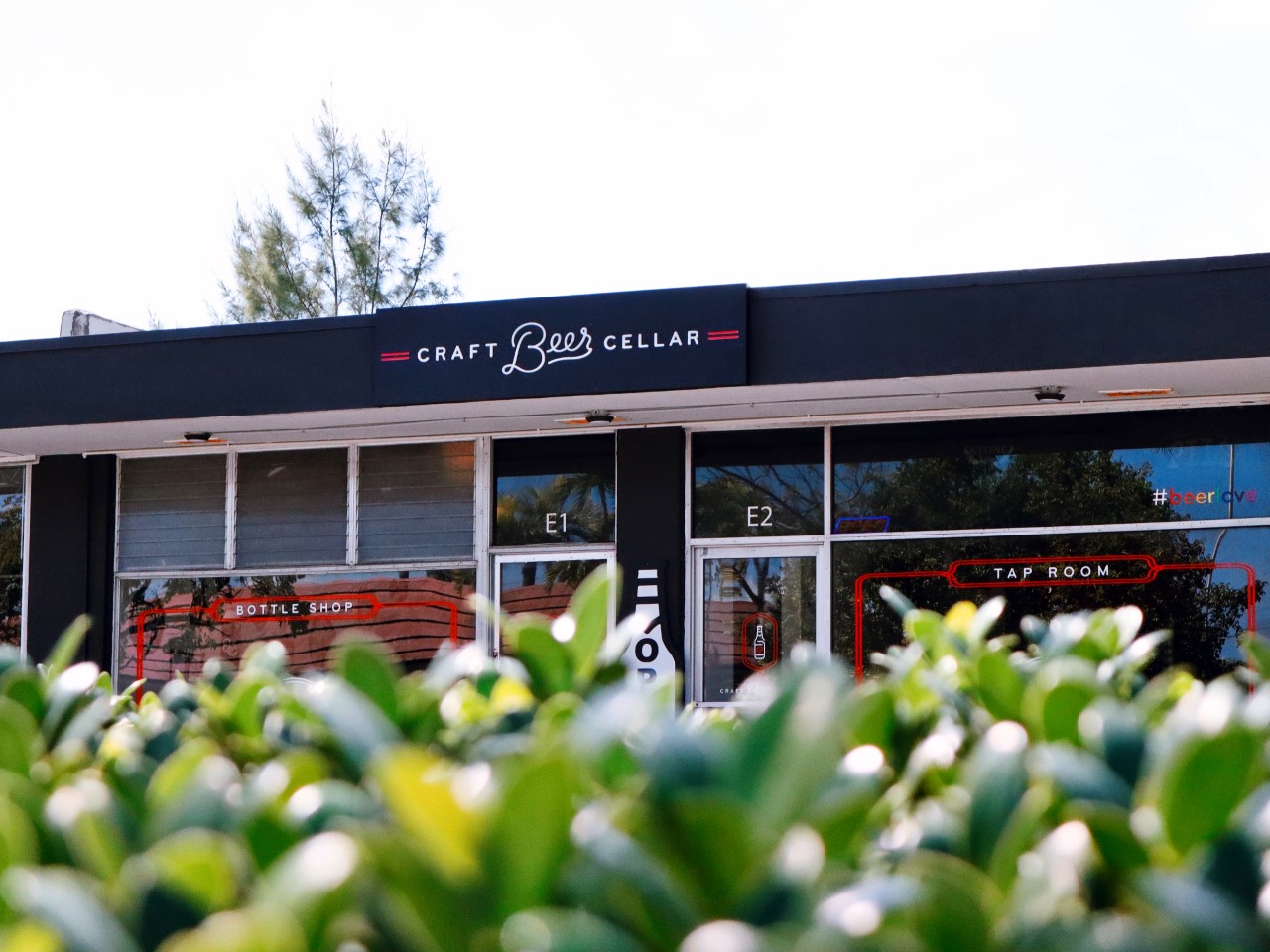 Tomorrow, Craft Beer Cellar bottle shop and taproom will celebrate its anniversary with a limited beer release and more.

The Abraldes remember everyone who attended seemed a little nervous about news of COVID-19.

“It was a fun event but you could tell everybody was on the scared side,” Eddie Abralde tells Broward Beer. “We knew what was going to happen, we’re going to lockdown. We didn’t know exactly to what extent.”

The bar was closed for another six months. They were able to stay afloat with to-go and delivery sales.

By the time they reopened, Eddie says it felt like the business was “starting over.”

“It was rough,” Eddie said. “We opened in October 2019. Finally February-March it felt like we’re onto something. Things are starting to get cranking. Next thing we know, boom, we get locked down for six months.”

View our full video interview with Amy and Eddie here:

The party is from 6 to 10 p.m. For $30, you’ll get a commemorative glass, full beer pour, three birria tacos – a Mexican-style stew served in fried corn tortilla shells with a dipping sauce – from the La Catrina food truck. Tickets are available here.

“Taro Express,” a porter with Tahitian vanilla beans and taro. Brewed by Shōjō Beer Company exclusively for the anniversary party.

Reflecting on the past two years, Amy Abralde can’t help but feel like the toughest time of this pandemic is in the past. The couple says their regulars and locals helped them get through.