A beer company that can’t afford a brewery but gives back to the needy.

When Haidar Hachem left his high-paying job as a civil engineer in 2019, it wasn’t to land another job doing concrete inspections and ‘wind-pressure analysis.’ He wanted to brew beer and donate the proceeds.

In November 2019, Hachem began working as head brewer at Strange Beast and assistant brewer at Lincoln’s Beard in Miami. By March 2020, the pandemic hit, and his work hours were drastically cut. He sings praises of John Falco, owner of both breweries, for never laying off or furloughing any employees.

But the fear motivated him to push further to the point where he and his wife launched their own brewing company. Hachem says it felt “tragic.” He went from working 40+ hours a week as a brewer to only 12.

“I felt if this is the career path I want to follow, then I need to put a jump start on pursuing my passion now rather than later,” Hachem tells Broward Beer. “Who knows what could’ve happened. I felt maybe I could die from COVID. Maybe this industry will fall apart.”

He and his wife, Marilyn Orozco, launched a brewing company that’s released four beers to date – each one donating proceeds to a different local nonprofit of their choice.

Hachem admits he’s an impulsive kinda guy. One day during quarantine, he asked Orozco if she’d be interested in opening a brewery. Knowing his impulsive nature, she didn’t take him seriously right away.

“She thought I was just joking,” Hachem said. “A week went by and asked, ‘hey, what about the brewery?’ Two weeks later, I brought it up again. Then we finally got to talking about it – that became Shōjō.”

The name is inspired by a Japanese folklore spirit called the Yokai. One, in particular, that inspires Hachem because he says “it’s basically him.” According to Hachem, the Shōjō is a “humanoid monkey-person that is always drinking and having a good time.” 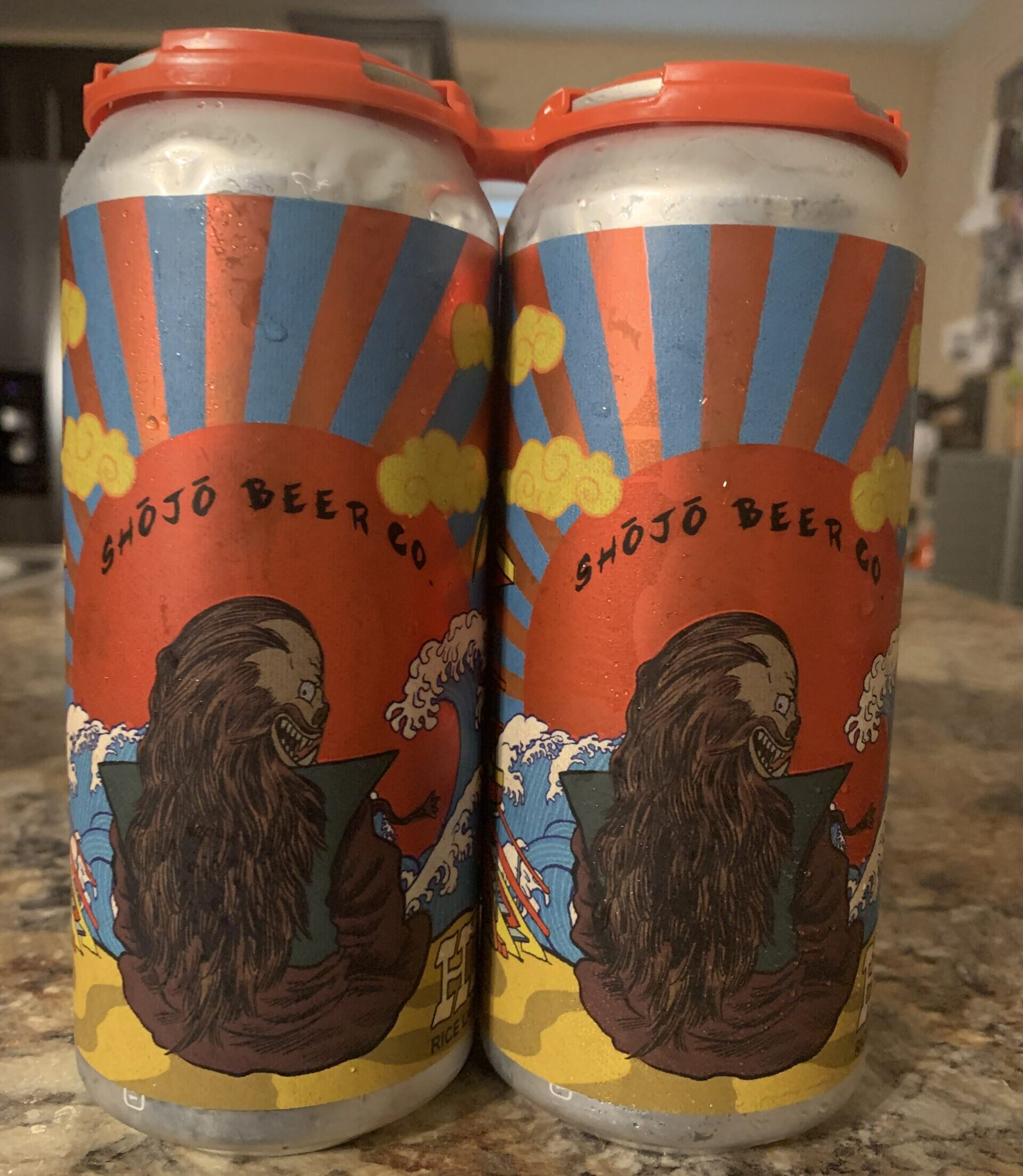 “If you approach a Yokai and you ask them to drink, depending on who you are will determine the outcome of how that drink will be,” Hachem said. “So if you’re a good person, it’ll be the best drink you’ve ever had. If you’re a bad person, depending on how bad you are, it could potentially kill you.”

Orozco runs the marketing of the company. She and Hachem both love Japanese culture and researched the Shōjō Yokai and felt it was the best representation of the brand. But Japanese culture isn’t the only influence on their beer.

Hachem’s parents are from Lebanon and Orozco’s parents are from Nicaragua. The husband and wife duo want to implement ingredients from Japanese culture and infuse them in the beer while paying homage to both their families’ cultural backgrounds.

“Both Mari’s grandparents passed a while back. So we want to brew a Nicaraguan lager for in memoriam of them,” Hachem said. “We’re going to brew a Lebanese style as a tribute to my grandfather.”

So far, Shōjō’s beer has been picked up in distribution and sold throughout the tri-county area from Boxelder in Wynwood to Fat Tap Beer Bar and Eatery and Craft Beer Cellar in Oakland Park and up to Hopportunities in Delray Beach.

Hachem and Orozco can’t help but feel grateful for their unique beer brand.

“We love the craft so much, and have just received so much encouragement and support,” Hachem said. “We don’t need to go and take out loans to build up a brand at a brick-and-mortar place.”