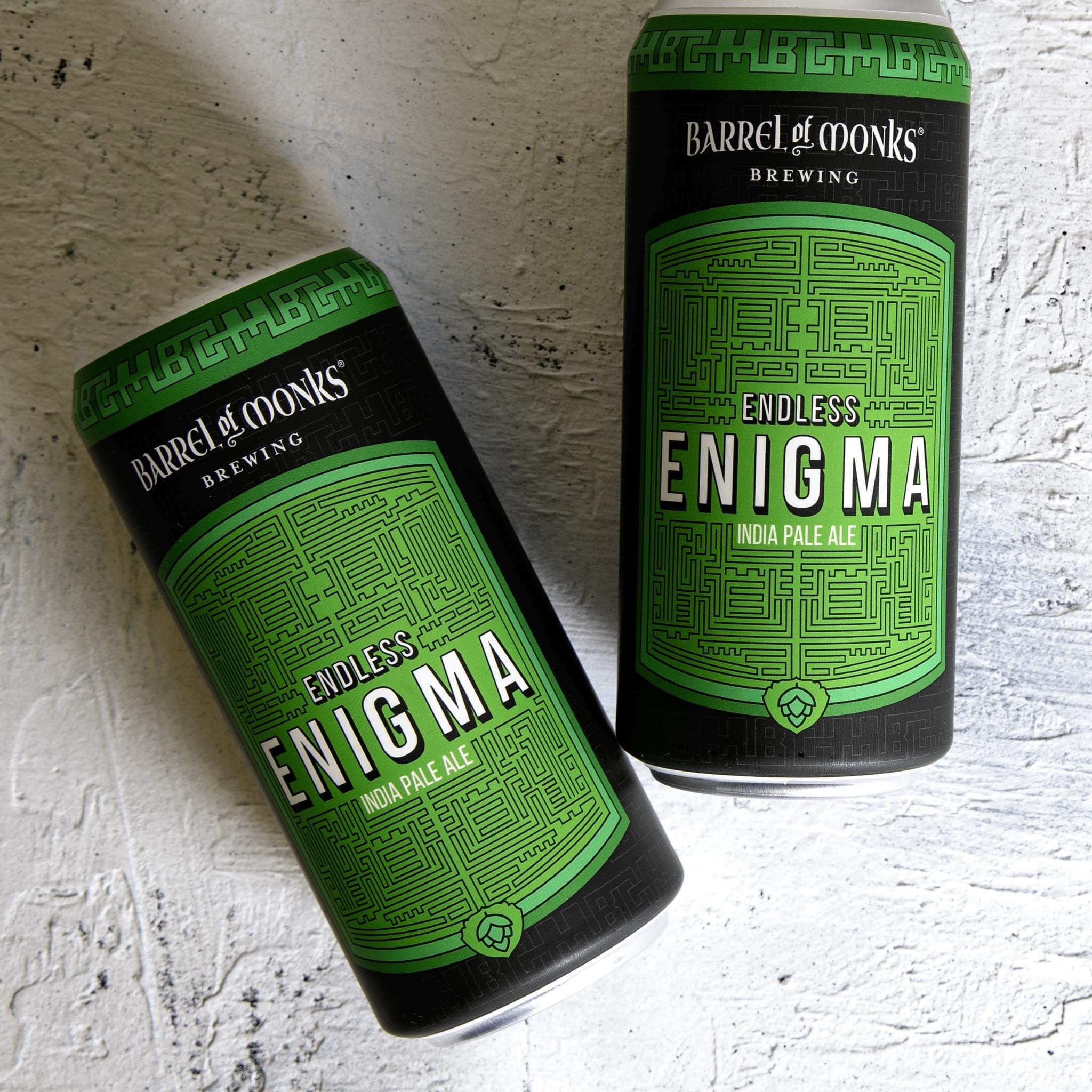 It’s also the first beer packaged in aluminum cans from the brewery.

Six months ago, Kevin Abbot said in an interview “At Barrel of Monks we don’t make American IPAs.” But there was a recipe in the works that’s set to release this weekend.

Over the past year, the Belgian-inspired brewery has been quietly developing a unique IPA called “Endless Enigma.” The beer is available to pre-order online for $13.99 a four-pack of 16-ounce cans and pick up this Saturday from 12 to 5 p.m. at a tailgate can release party.

“Over the years, so many people have said ‘Barrel of Monks doesn’t make my kind of beer because they don’t make IPAs,'” Abbot told Broward Beer. “IPA is the most popular craft beer style pretty much everywhere and not by a small margin. We’re really hoping people give it a shot.”

Here’s why this IPA is worth giving a shot, according to Abbot…

Barrel of Monks focuses on Belgian-style ales with yeast strains that typically have a spicy, fruity, bubblegum flavor. Early on, the brewery stayed away from Belgian IPAs because most “taste like dish soap,” Abbot told Broward Beer.

The 6.5% ABV beer is the brewery’s “first true IPA,” and required fermentation experimentation with different yeast pitches and temperatures. Barrel of Monks has a group of experienced brewers passionate about the popular craft beer style.

“To make just another IPA doesn’t get me all that excited,” Abbot said. “Doing an IPA that’s kind of a hybrid between a Belgian, West Coast, and a hazy New England — with influences from every one of those — just seems like a lot of fun.”

This is how Abbot breaks down the different IPA style flavors:

“It’s been a long road putting it together,” Abbot said. “We’re really proud of this beer.”