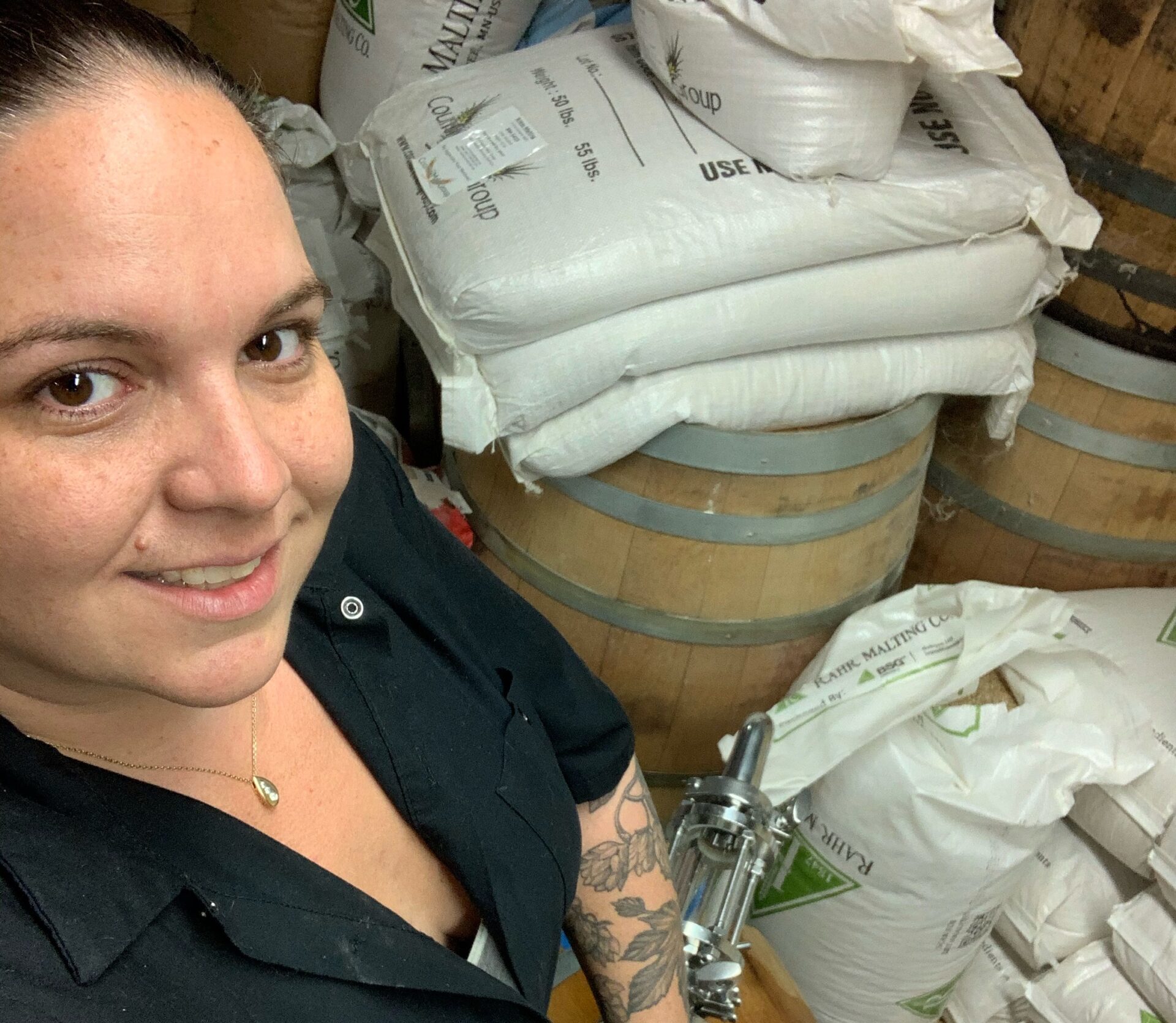 In honor of International Women’s Collaboration Brew Day, Broward Beer spoke with one of the few female brewers in South Florida.

Every weekend, Elizabeth Merideth clocks in to brew beer for two 10-hour shifts after already working a 40-hour week. By 9 p.m. each night, she’s kicked back in NOBO’s taproom drinking a beer she made.

Since 2018, Merideth has worked as an assistant brewer. Prior she had already invested nearly two decades working as a clerk for the city of Wellington.

Merideth didn’t get into the beer industry to change careers or make money. She does it simply because she loves beer and wants to learn everything about the craft.

“This is my passion: I leave one job and go to the next one,” Merideth told Broward Beer.  “I love the creativity – especially when someone tries my beer and says they love it.”

Merideth got her first job at Mad Robot Brewing by simply introducing herself to the owner.

Three years ago, Allen Steen held an outdoor event at the now-closed nanobrewery. Merideth heard his name, walked up, and talked to him about potentially working at his Boca brewery.

Her tenacity and knowledge of craft beer impressed Steen so much he hired her immediately.

“She was just so passionate about getting her foot in the door,” Steen told Broward Beer. “[Merideth] had applied at a few other places but they never returned her call. I think that has to do with being a woman in the beer industry, unfortunately.” 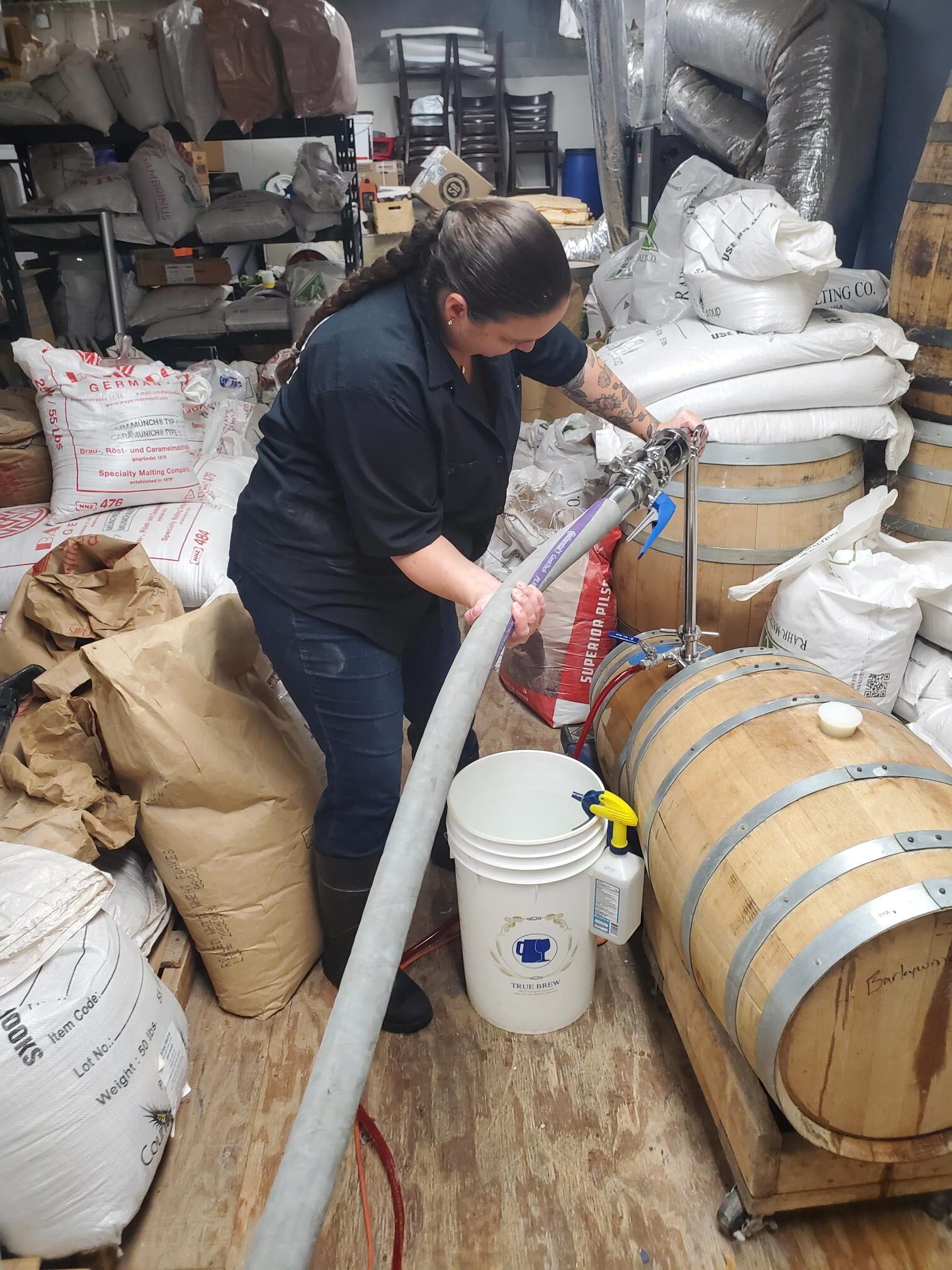 Research from the trade organization Brewer’s Association shows women are greatly outnumbered by their male counterparts in the U.S. craft beer industry. Fewer than 8 percent of brewers are women.

Although the numbers show the industry is disproportionate, Merideth says her male coworkers have been “nothing but welcoming.”

The love of beer

Merideth was originally hired as a beertender but quickly was promoted to management and started sitting in on brew days.

“She was always asking me about the process and what makes one beer different from another,” Steen said. “Liz would just come in and hang out, help, and clean and do all the grunt work that we didn’t want to do. She would just ask questions the whole brew day.”

When she got her answers, she got the chance to start brewing herself.

Years ago, Merideth fell in love with the microbrewery, LauderAle, while hanging out with other local beer-loving friends.

The Wellington native says it’s the brewery that got her interested in the industry. But it wasn’t her first experience with small batch beer. In fact, Merideth grew up around beer. 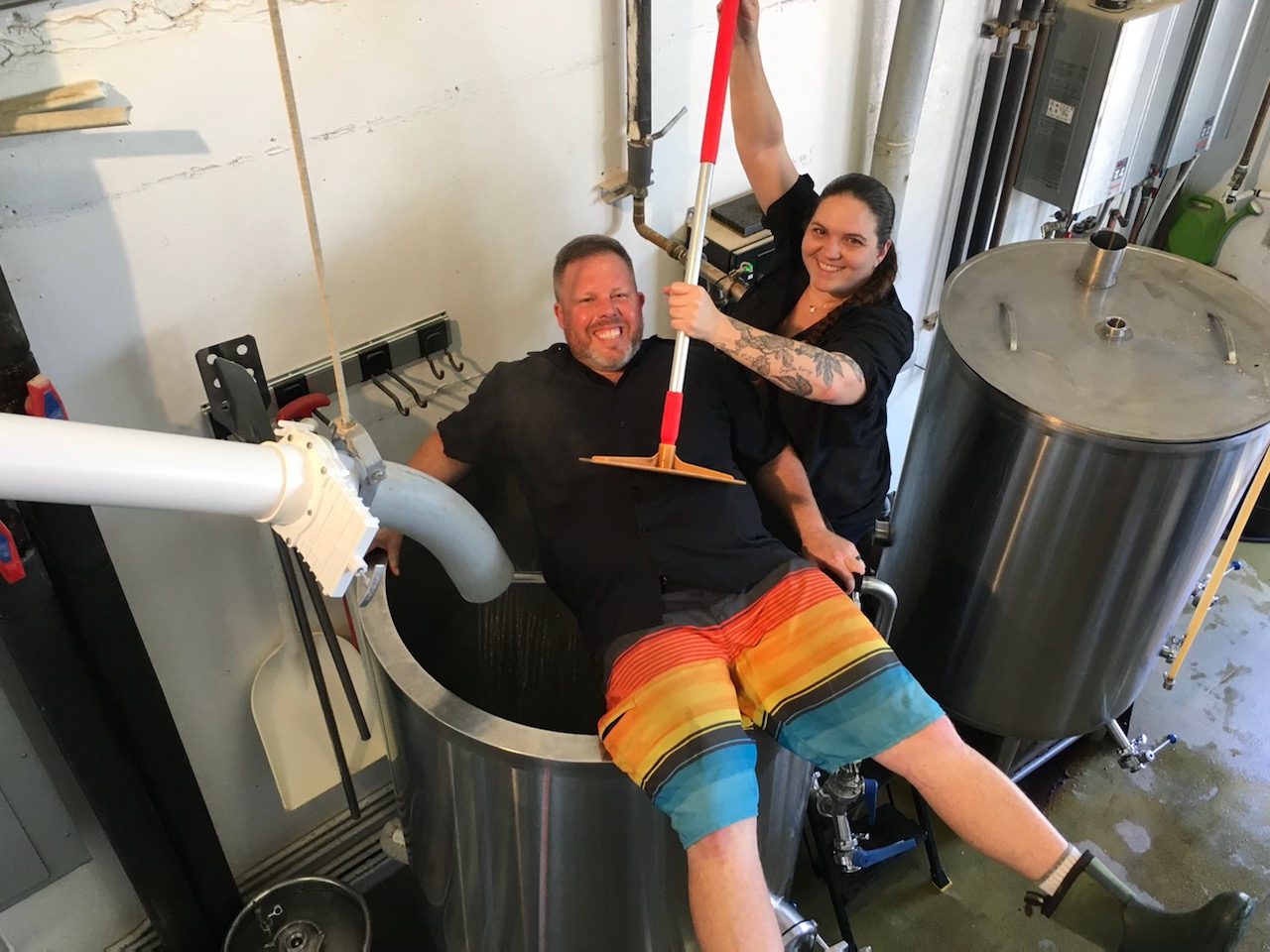 Her father has homebrewed small five-gallon batches of wheat beers her entire life. He often teases her because she didn’t enjoy beer growing up, but now brews it commercially.

“I thought he was crazy,” Merideth said. “Now it’s something I’ve grown past him in a way.”

She’s grown in the industry to the point where she didn’t look for her current brewing job. It came to her.

Steen told Broward Beer the owners of NOBO Brewing, Tim and Steve Dornblaser contacted him as a reference and he couldn’t recommend Merideth enough.

The Great American Beer Festival pro-am award recipient said it’s her work ethic and drive that impressed him the most.

But Merideth is modest about her ambitious nature.

Four days out of the week, she spends hours a day lifting hundreds of pounds of grain into a five-barrel kettle tank. She and Scott Morrison, NOBO’s head brewer, mash the grains by hand because they don’t have an automatic system.

Then they need to shovel the spent grain out by shovel and clean the brew tanks.

“It’s a lot of hard work and physical labor. When you’re on your feet like that for hours you get tired,” Merideth said. “That doesn’t stop me from getting up the next day and doing it again.”

If you know of any other women brewers in South Florida to feature on Broward Beer, send an email to jpye@browardbeer.com.