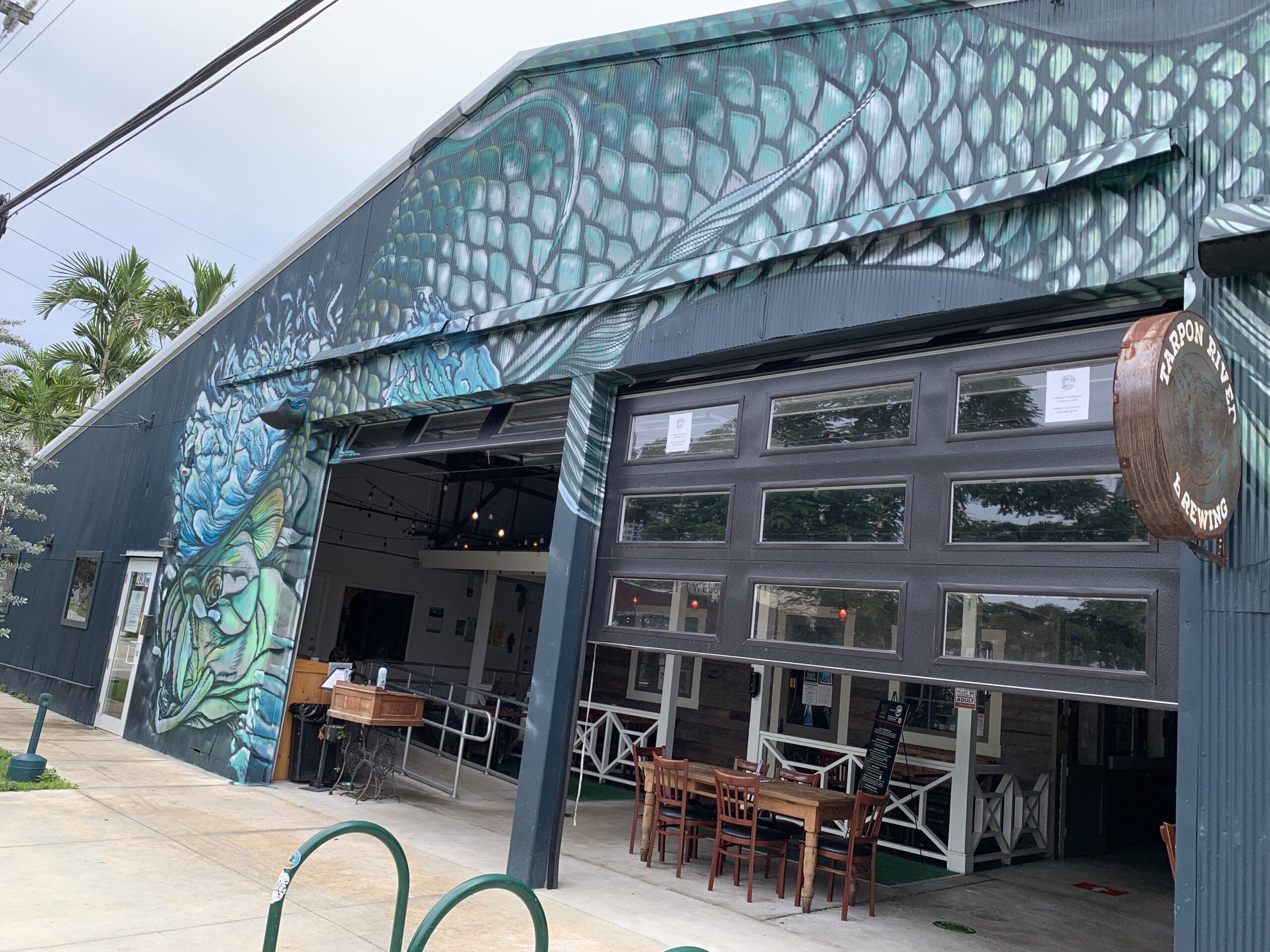 2020 Was a Good Year for Tarpon River Brewing

The brewpub has made moves that will keep the brand relevant for many more.

Tarpon River Brewing has officially been open three years. The owners may feel 2020 was a tough year financially, but I’d say it was their most successful to date.

Experts have called 2020 “the worst year for the restaurant industry in its history.” More than 2.5 million restaurant jobs throughout the country were lost. And more than 110,000 bars and restaurants closed briefly or entirely.

Tarpon River hasn’t laid off a single employee due to the pandemic and pivoted its business model to distribute more beer. How does a local brewpub pull that off?

I’ve been following Tarpon over the past year and recently spoke with its owners. I honestly believe it’s because of how well-liked and respected they are in this community.

The Siegels have more than a decade worth of experience in the restaurant and beer industry, and Adam Fine has worked in craft beer since 1999. Here are three things I’ve witnessed that led me to believe this has been a great year for Tarpon River Brewing…

1. Reaction to the pandemic

Last year, Tarpon had its second-anniversary party scheduled for March 21. Just days before, all breweries in the state were shut down and the event was canceled.

The owners had nine bands booked to perform at a free, eight-hour-long music festival called “Take Me To The River.” More than 1,500 people responded to a Facebook event page, and 124 confirmed they’d attend. It would’ve been its biggest celebration.

“We had to cancel and had no idea what to do about all of our deposits with the city,” Lisa Siegel, Tarpon River Brewing’s co-owner, told Broward Beer. “It felt like we were living in the twilight zone.” 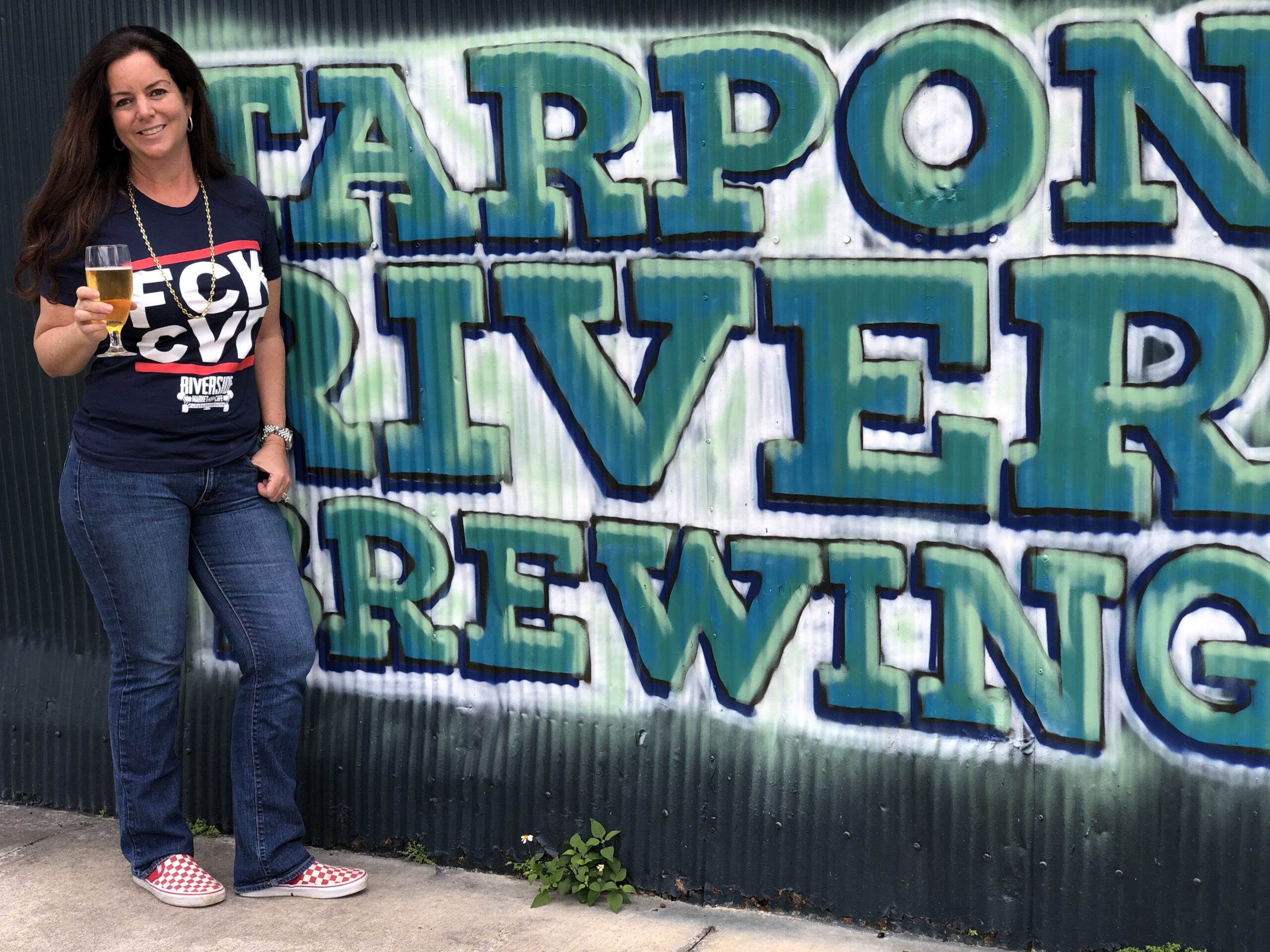 That Twilight Zone isn’t completely gone yet. But they made it through the stay-at-home order, the toughest part of the year.

Fine is in charge of the beer production. He originally partnered with Siegel because of her experience owning the craft beer bar and restaurant Riverside Market.

Back in 2013, when Fine first started talking with Siegel and her husband about opening a brewery – the self-proclaimed “Director of Hoperations” – couldn’t have predicted how helpful that decision would’ve become seven years later.

“Having the kitchen has been critical for our ability to survive,” Fine said. “A lot of breweries don’t have kitchens. It’s a blessing in disguise.”

2. Looking out for the community

Early into the pandemic, healthcare workers at Broward General worked around the clock without a place to eat in the hospital. Plantation and Fort Lauderdale police officers with families moved into hotel rooms without restaurants nearby. Tarpon River created a “meal sponsorship” program.

For as low as $150, customers could purchase 25 to 30 meals for first responders and hospital employees with the option to purchase more. It was a way for the community to give back while keeping Tarpon’s employees working.

“We saw the hospitality industry just dying and thought: How can we take care of our community?” Siegel said. “People weren’t going out to restaurants but were willing to buy lunches and have us deliver it to [nurses and cops].” 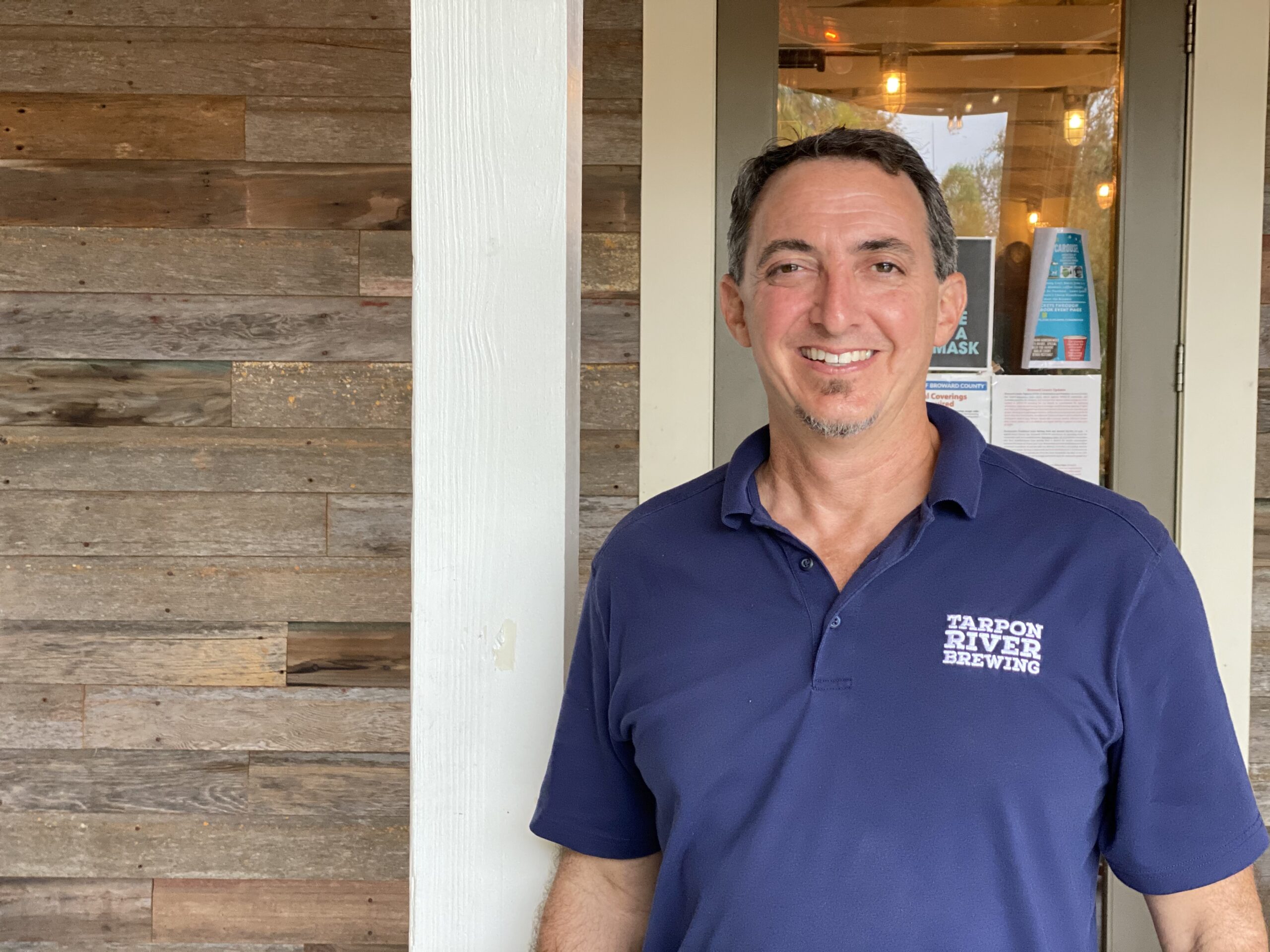 The owners ensured their staff continued to work, aiming for at least two shifts per week. Any tips managers earned were pooled together and distributed among employees.

3. One of the brewpub’s biggest accomplishments

The beer is a 6.5% Hazy IPA named “17th Street Haze” after the 17th Street Causeway bridge. Fine founded the beer distribution company Fresh Beer that was purchased by Brown Distributing in 2009.

Fine told Broward Beer, big-box chain stores like Whole Foods are a huge challenge to get a product on the shelves. The process of getting through all the corporate red tape and building a relationship can take years. But Whole Foods approached Tarpon River to carry their product.

Ten years ago, the Siegels employed an artist named Brit Buckley. She worked as a server at Riverside Market. Buckley always impressed Siegel with her work, and would often ask when she’d quit her day job to pursue art full time. 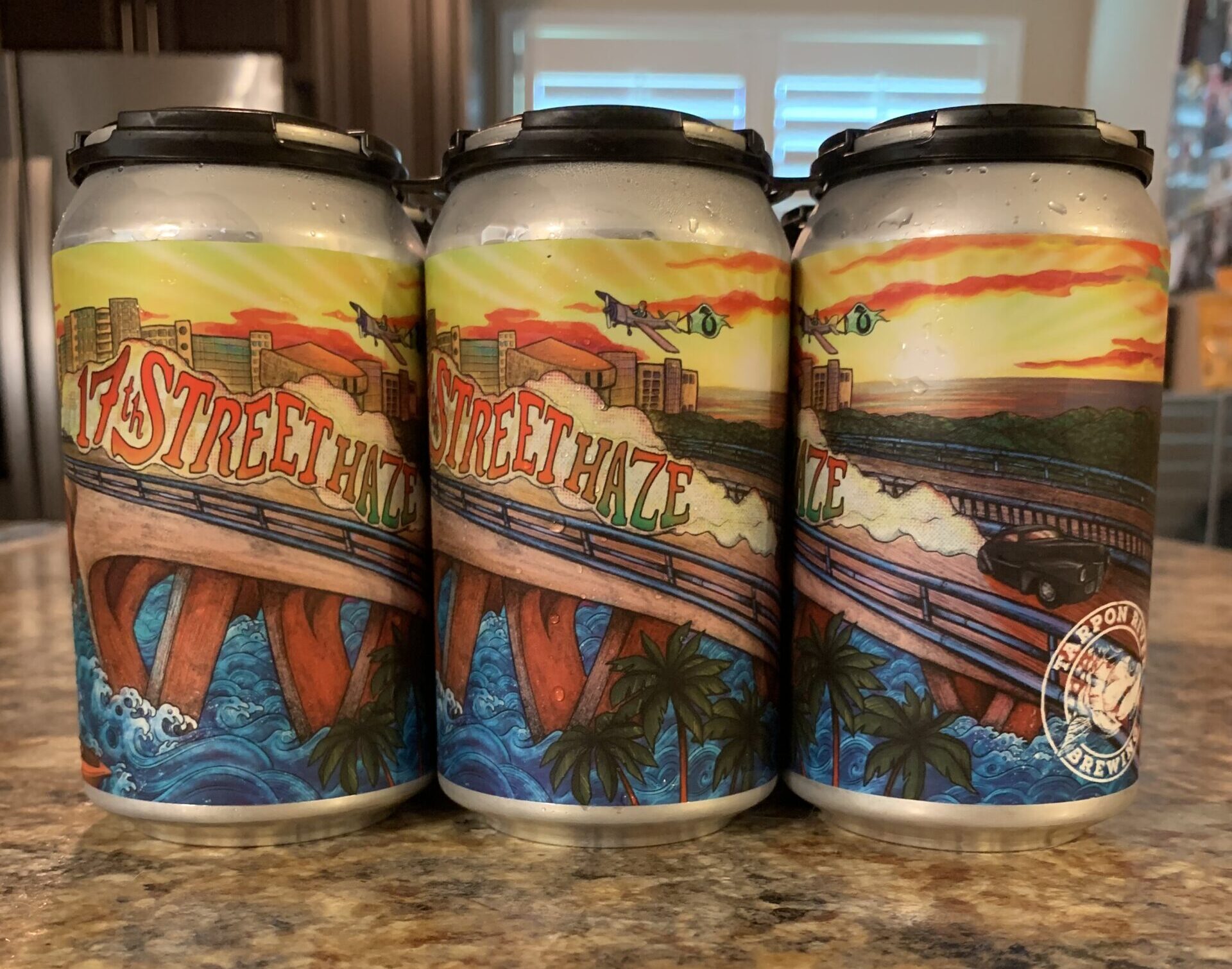 “Britt would reply ‘When my art’s in Whole Foods,’” Siegel said. “I called her when we got the deal.”

Buckley illustrated the can art with a hidden Easter Egg of Julian Siegel’s car driving over the 17th Street Causeway bridge.

As a huge fan of craft beer, independence and community are the two most important things I look for in breweries to spend my time and money on.

Over the past decade, the term “Drink Like a Local” has been used a lot in the beer industry. To me, Tarpon River Brewing is as local as it gets.

I asked Fine what he looks forward to most next year. The reply wasn’t fame or money.

“I just want to be able to have music here and a vibrant tasting room,” Fine said. “It’s not just having people here, though, it’s them feeling comfortable and safe to go out again.”

I couldn’t agree more. Cheers to many more years.