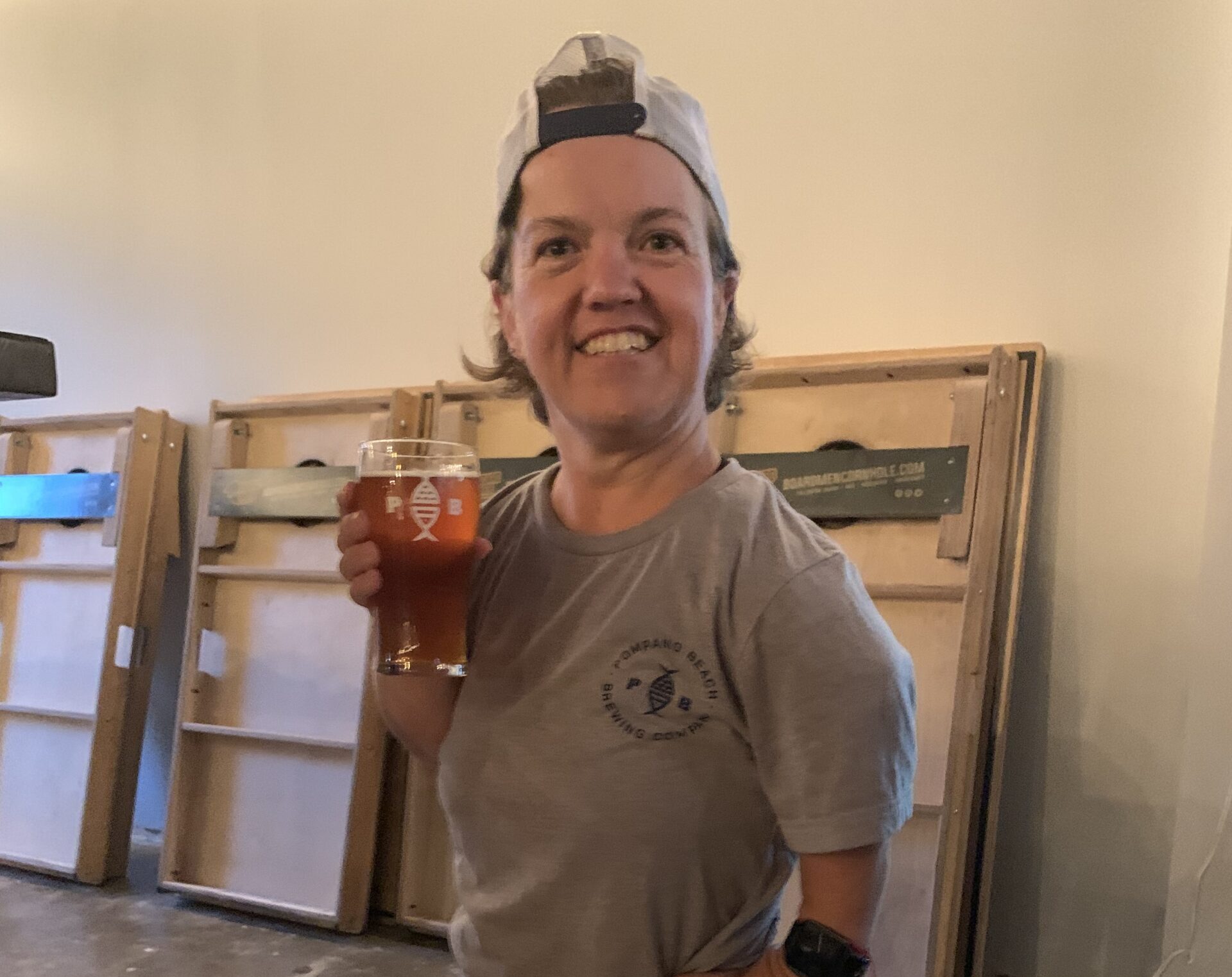 She was born with a rare condition. But it hasn’t stopped her from chasing down any dreams – including working in a brewery.

When Becky Sprick goes grocery shopping or to the bank, she knows people are staring at her as they silently walk by. But when she walks into the Pompano Beach Brewing Company, patrons jump out of their barstools to say hello.

Sprick was born with Achondroplasia, the most common type of dwarfism. It is something she embraces and takes the opportunity to educate others about, especially on October 25, which is International Dwarfism Awareness Day.

“I understand that I’m different,” Sprick told Broward Beer. “People are going to look and stare. But if I acknowledge them and say hi, it’s fine.”

Ever since 2015, Sprick has been a regular at Bangin’ Banjo Brewing. After the business transitioned to Pompano Beach Brewing Company, so did she to a part-time bartender.

Last week, Sprick spoke with Broward Beer about growing up and how she feels being a little person in an average height world can’t hold her back from living life to the fullest.

Sprick was born to a family of six. Her mother, oldest and youngest brother are of average height, but her father and one of her younger brothers are also little people, the term commonly used referring to individuals with dwarfism.

Growing up she asked her parents if there was an age she figured out she wasn’t as tall as most people.

“Mom and dad always said there wasn’t that big realization because I had my dad and brother,” Sprick said. “My dad is a little person. So that helped growing up.”

Her parents have been together for 45 years now. One key to their marriage has been communication, according to Sprick. Anything related to their children and dwarfism, her mom would always have her father make decisions and speak with them. 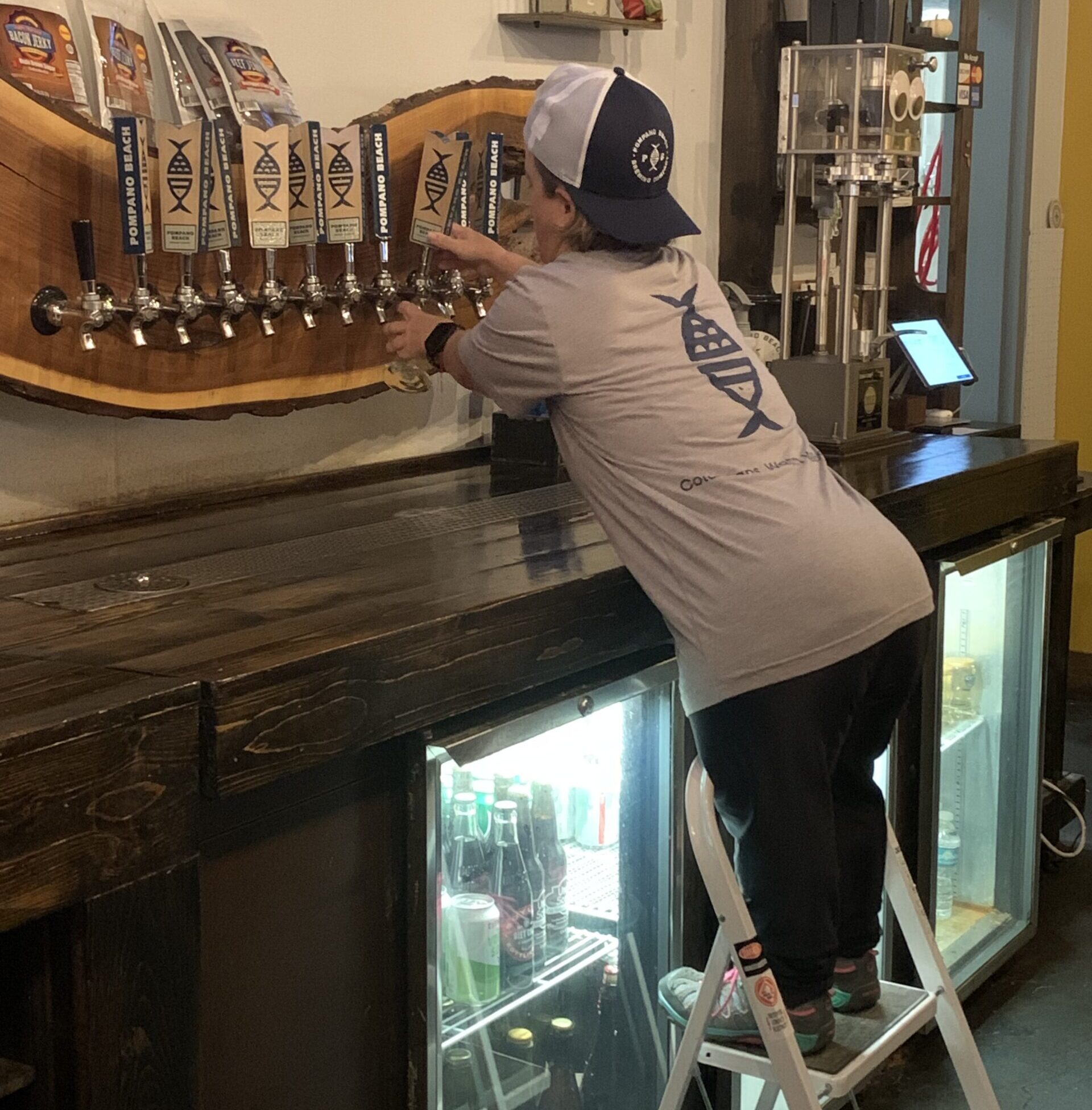 “If it was doctor-related or socially-related with my brother and I hanging out with other LPs, mom would always yield to dad,” Sprick said. “Mom could see the benefit of it because dad’s lived the life.”

Sprick said her parents raised all their children to be “contributing members of society,” and believe there’s no challenge they can’t overcome.

“Dad always said ‘we’re going to be growing up in an average height world,’” Sprick said. “So we’re going to raise our kids to pull themselves up to do what they need to survive.”

Which has carried into her adult life.

Doing what she loves

Aside from bartending at Pompano Beach Brewing, the Virginia native holds a master’s degree in rehabilitation counseling. For the past 19 years, Sprick has worked full-time as a certified rehab counselor, where she helps people with disabilities find jobs.

Sprick originally caught the attention of the Pompano Beach Brewing staff when it was still Bangin’ Banjo. She said when the taproom was busy, she’d walk around collecting empty glasses and bring them back to the bar.

Sprick doesn’t feel comfortable running a shift on her own but stays on the schedule as an “extra pair of hands” when the taproom is busy. To date, she’s only worked a few shifts at Pompano Beach Brewing. 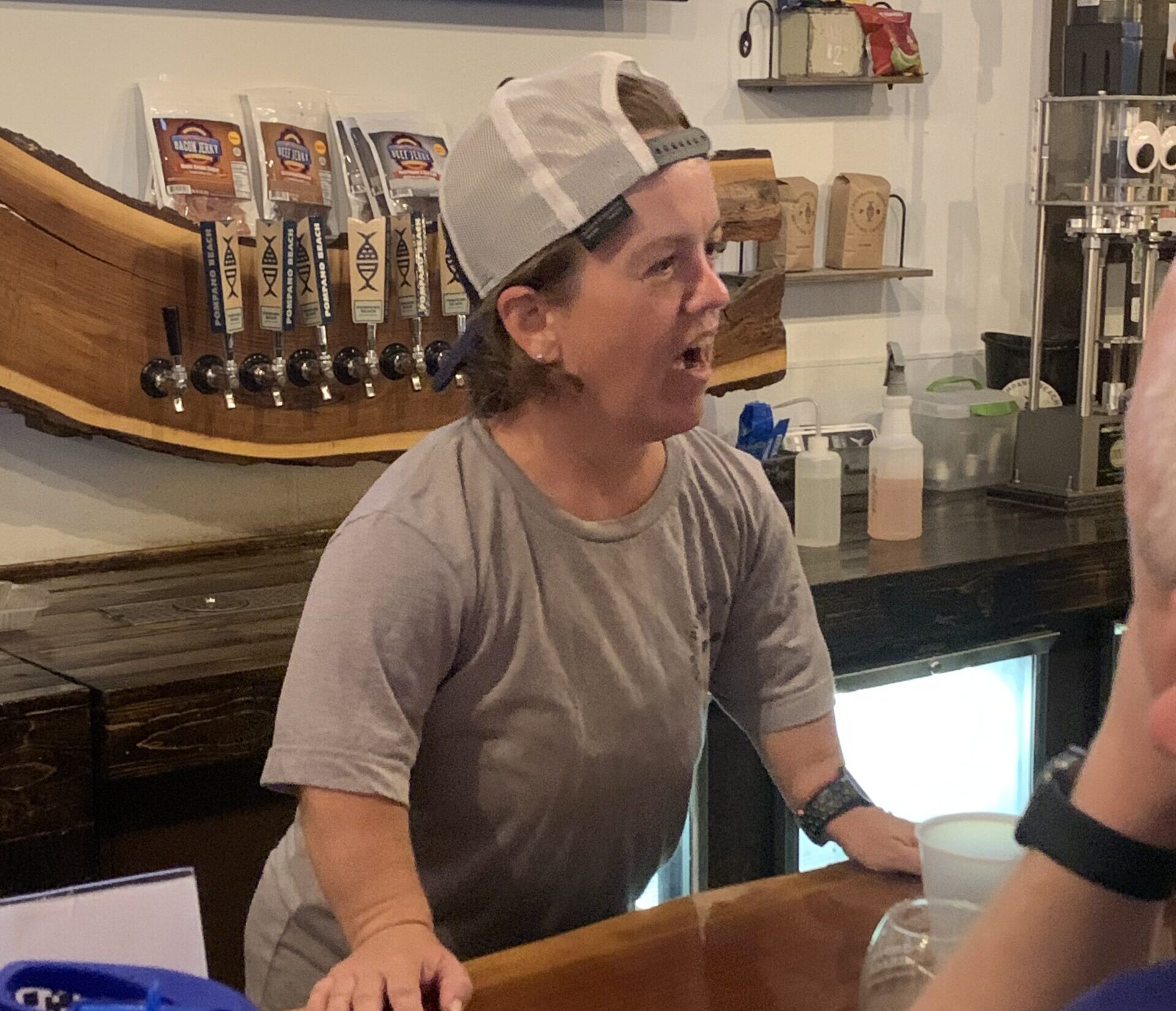 “It’s a lot of fun,” Sprick said. “I love pouring beers and interacting with customers. I like to drink beer, chat and get to know people. So I might as well get paid to do it.”

Sprick said her three brothers got her into craft beer. Drinking IPAs and pale ales with them is how she, “graduated from Miller and Coors, and expanded her palate.”

When out of work, she’s in kickboxing class four to five days a week or at her two favorite breweries: Pompano Beach and Dangerous Minds.

“It may be growing but it’s still a close-knit community,” Sprick said.  “I love that everybody seems to know everybody. Craft beer is how I’ve met a number of my friends.”

For more information and research on dwarfism, visit Little People of America, a nonprofit organization dedicated to empowering and spreading awareness for “people of short stature and their families.”