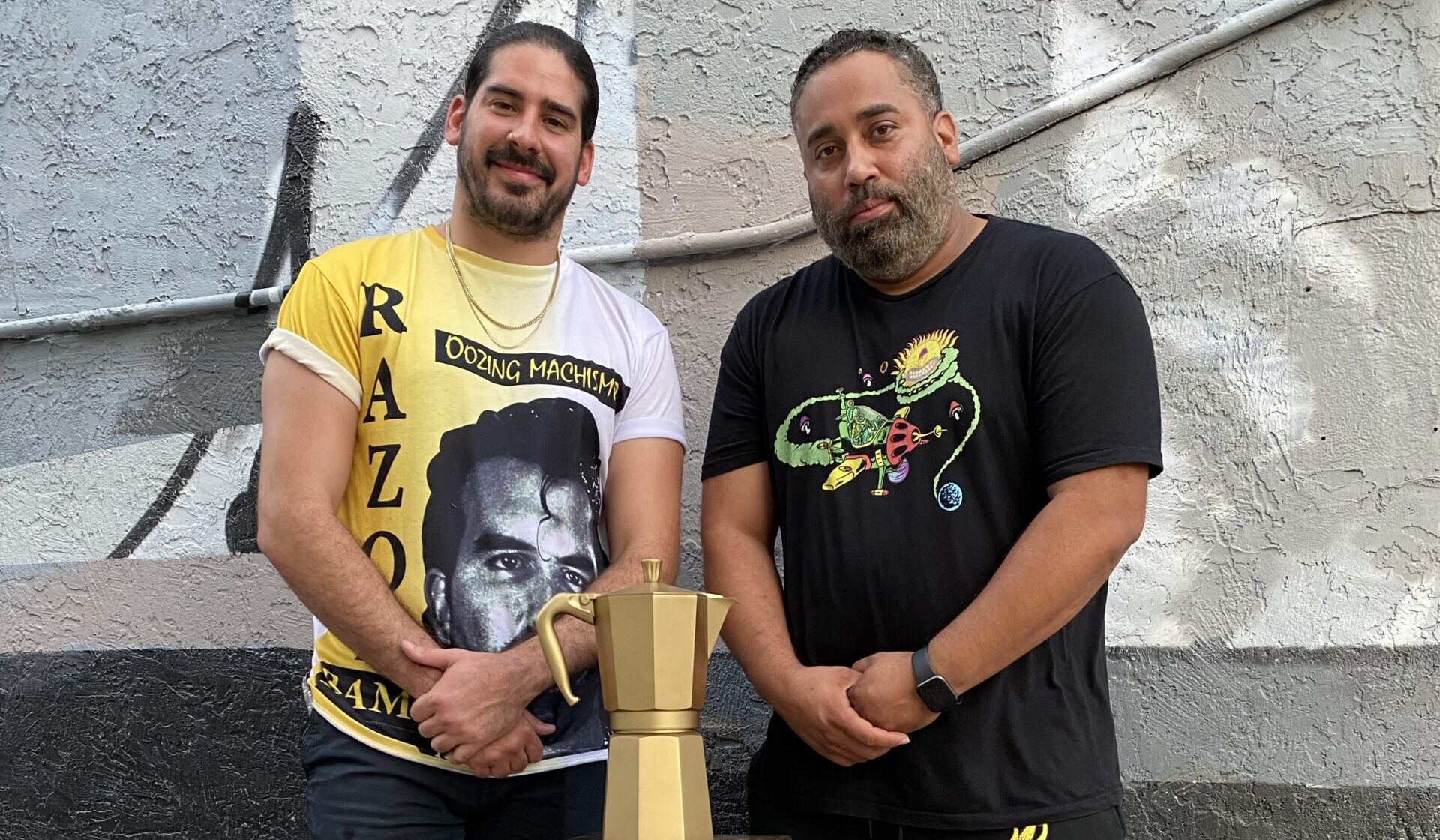 Putting Miami Beer on The Map 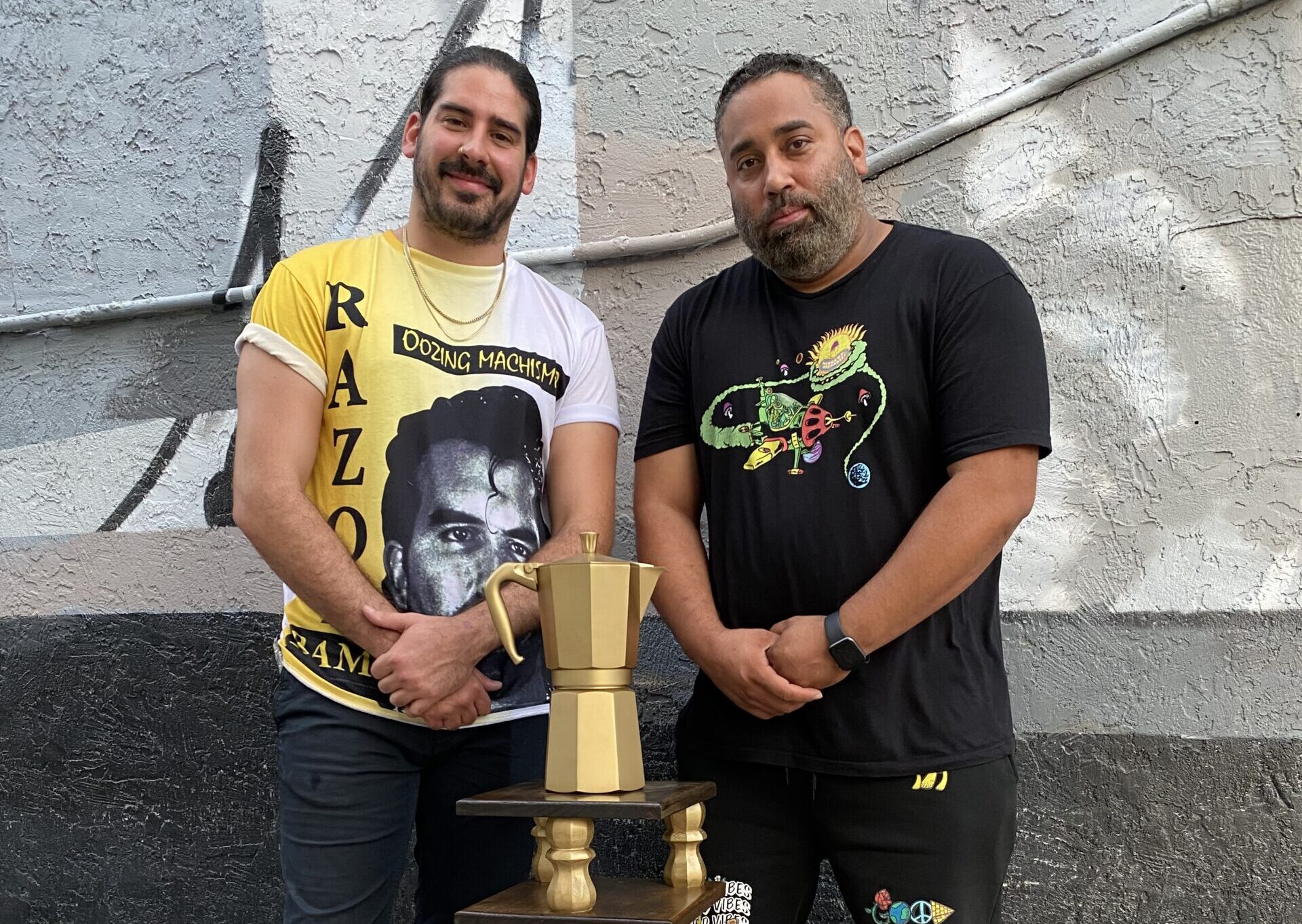 News has been spreading around of the first-ever Miami Beer Week. People have tried to coordinate one in the past but it’s just never come together. If I had to guess, there’s never been the right people committed to the project.

While hanging out at the Tank Brewing a couple of weeks ago, I caught up with two founders of Miami Beer Week. After talking for a few hours, there’s no denying these are the right guys for the job.

Will Rivera is an original owner of Equilibrium Brewing in Middletown, New York. He’s now a founder of Dream State Brewing, a gypsy brand with plans to open a brick-and-mortar brewery, and Beerscovery, a one-stop-shop app for beer releases and events.

Rivera is known for traveling the world for craft beer. As a spokesman for Miami Beer Week, he told me they’ve modeled South Florida’s biggest craft beer event after other big cities – but with a Miami twist, of course.

“I’ve been part of a lot of places where it started like NYC Beer Week, Philly Beer Week, Tampa Bay Beer Week,” Rivera said. “I think we have just as good of beer as anywhere else. Why not showcase what we have?”

Starting on April 20 through May 1, Miami breweries and craft beer bars are going to do just that. And it could be history in the making.

Ignacio Montenegro, co-owner of Tripping Animals Brewing, was also at the bar that night. He couldn’t stress enough the importance of getting the entire Miami craft beer community together.

Back in March, Montenegro’s brewery hosted more than 20 brewers and brewery owners for a massive collaboration brew day. The result is a 4.2% ABV American lager called “Lager Me, Bro.” 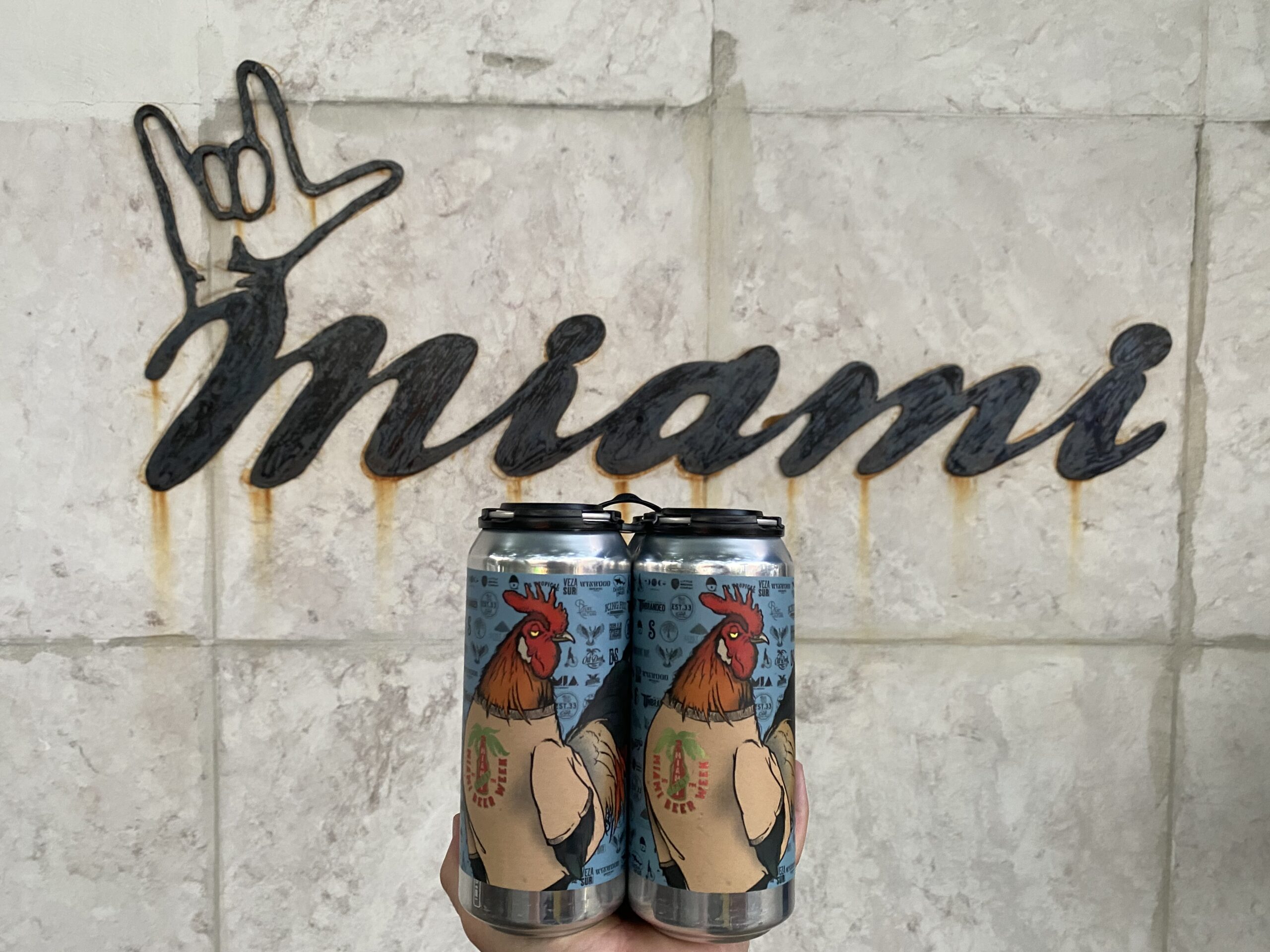 The beer crushes and its label screams Miami, with a rooster sporting a Miami Beer Week T-shirt with stoned eyes, signature to a Tripping Animals label. Wrapped around are roughly 31 (I tried to count) different Miami beer brand logos. It’s a sign of camaraderie among all breweries in the local beer scene.

Tripping Animals is sponsoring Miami Beer Week by helping out with funds for marketing, merchandise, and collaborations to ensure things run as smoothly as possible.

“We want to do something different and show other businesses that it’s fine to get along with everybody,” Montenegro said. “We want to give back to what we love and share the love we’ve received from the industry and the city.”

There’s an entire group dedicated to this project that they’re making into a nonprofit, Rivera said. Because I had no idea how other cities like Tampa have a beer week, I found that interesting.

I looked it up on Charity Navigator, a web-based database to search nonprofit organizations. Sure enough, there are 501(c)(6) charities set up for Tampa Bay Beer Week and Philly Beer Week.

Rivera was proud of how democratically they’ve organized themselves: There’s a 10-person board that votes on all of the events and intentionally appointed Adrian Castro. Because Castro works at Union Beer Store and owns Panolos pop-up food vendor, he’s the best fit to be neutral in decision making of where to host events. 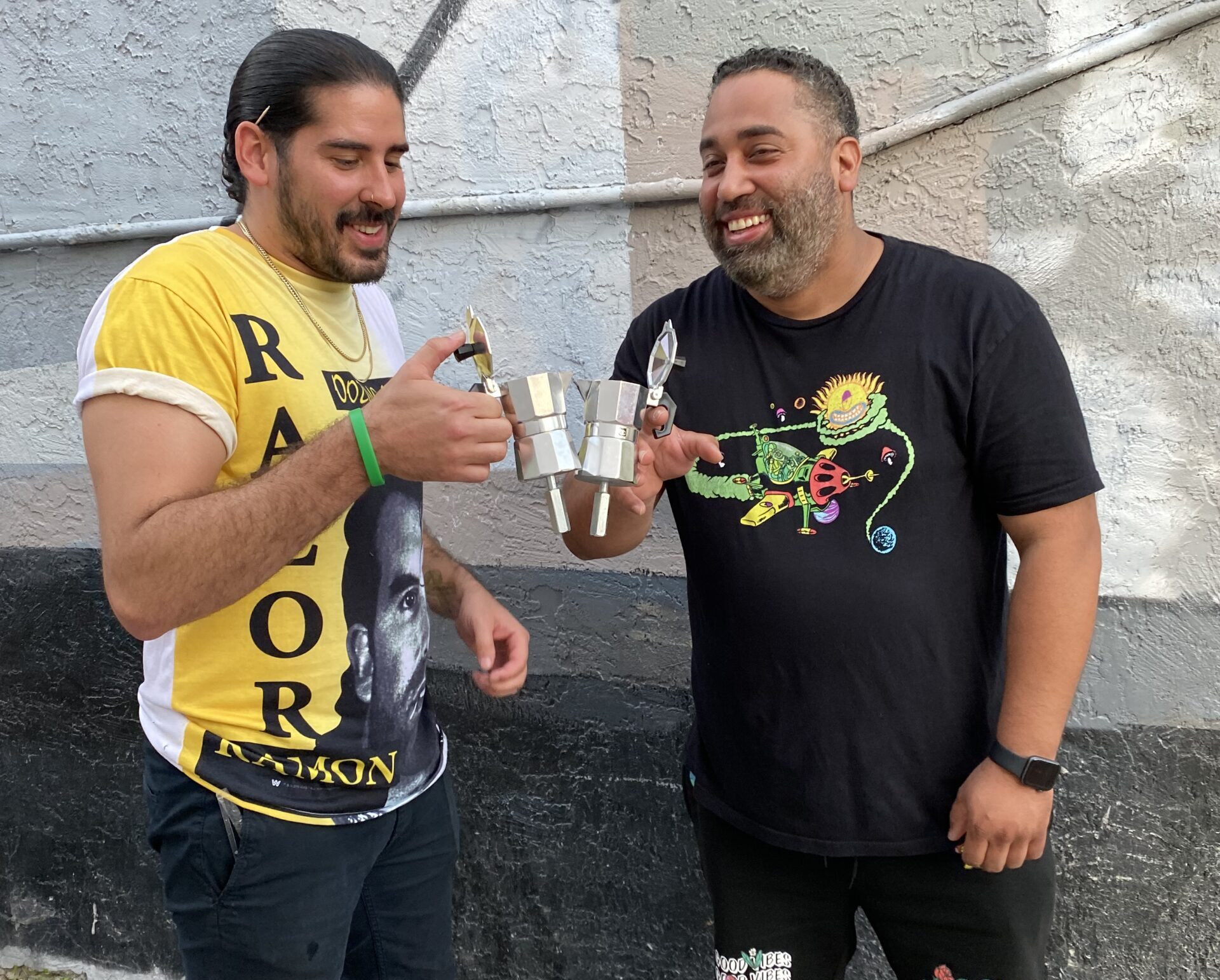 “It makes it better, he doesn’t have to pick sides with anybody,” Rivera said. “He’s right for Miami and it’s what I love about making him president.”

Rivera and team are expecting a few hiccups during its first year to learn and grow from. But most of all, they’re happy to get Miami Beer Week off the ground.

“We’re going to do this whole thing together, as a team, as one,” Rivera said. “I think we’re dangerous when we all come together honestly.”

Events may change throughout the week. You can follow the Miami Beer Week event page for updates.