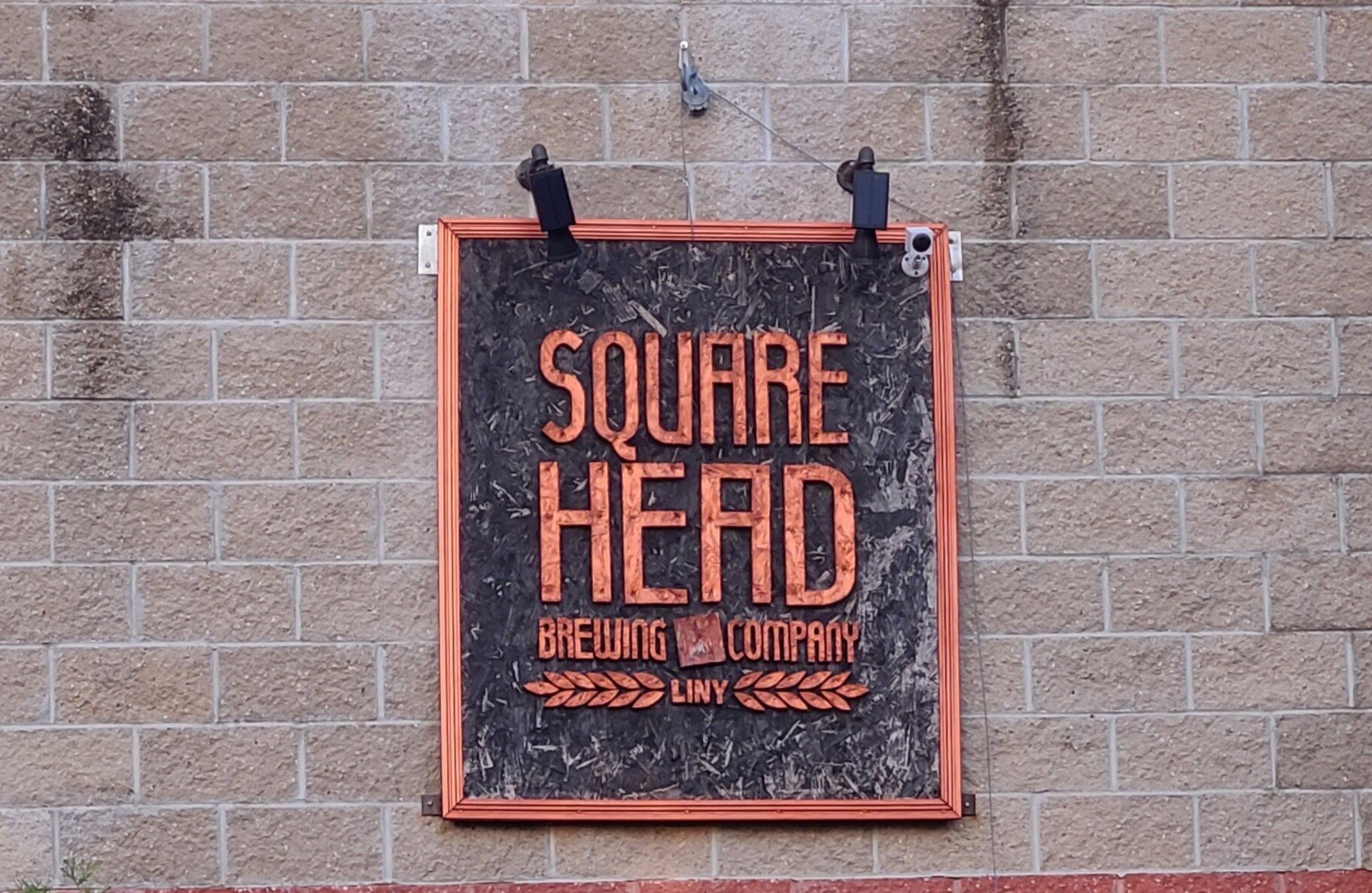 Hospitality at a Holbrook Brewery

Square Head Brewing Company’s owner takes care of guests – even on his day off.

Last Friday, I drove my parents to the airport to visit my hospitalized 93-year-old grandmother. Six days later, I awoke to a text message telling me she passed away the night before.

As sad as the news was, I couldn’t help but feel grateful that I got my mom there in time and that she lived as long – and more importantly – as much as she did.

The day was hectic. I rushed to book a flight to Long Island, New York at 6:25 a.m. the following day. After I settled in and met up with my parents and sister I really wanted to get everyone out of the house.

We decided to check out a local brewery called Square Head in Holbrook, a county in Long Island, New York.

We pull up and realize it’s closed but see a guy outside mowing the lawn and drinking a can of beer. My sister notices the guy is wearing a Broken Compass Brewing shirt because she was, too. 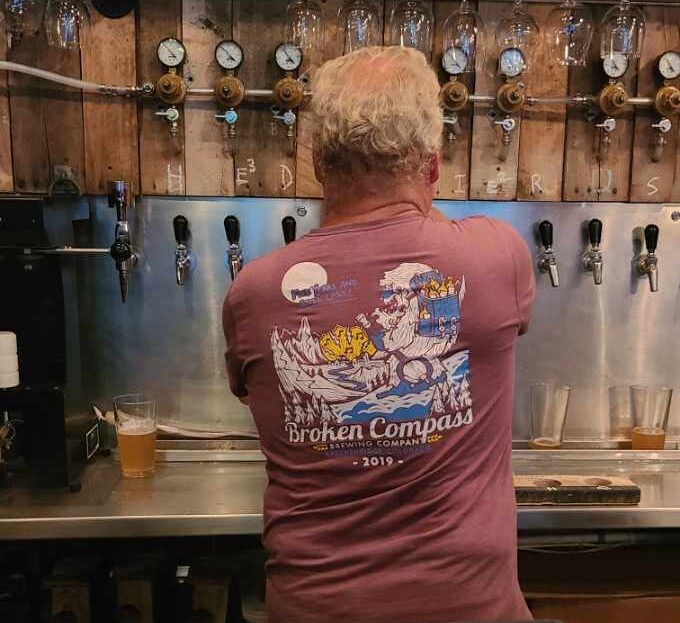 She rolls down the window and tells the guy “hey, nice shirt, man. I got a Broken Compass shirt too.” Instead of turning around from the crazy woman in the back seat, the guy smiled and walked over and greeted us at the car.

His name is Dave Jordan and he’s the co-owner of Square Head with his son Brad. Dave thought the matching shirts were so funny he opened the brewery for us and we had a few rounds with him for an hour or two.

Jordan told us he started brewing beer with his father at 16 years old. His father gave him an early inheritance to kick start his dream of turning his homebrewing hobby into a career.

In October 2018, Jordan and his son opened the doors of his brewery located nearly half a mile from the home where he raised his son and still lives today. The father, son, and grandfather crafted the marble bar in the tasting room where there were 15 handles of a funky array of draft beer.

The first full-pour beer I ordered impressed me the most: “The Dollar Bill” pistachio pilsner. It was a light, crushable 5.3% ABV pilsner with a smooth and sweet pistachio flavor. Jordan served me up a flight of some takes on beer styles I’ve never seen a brewery attempt… 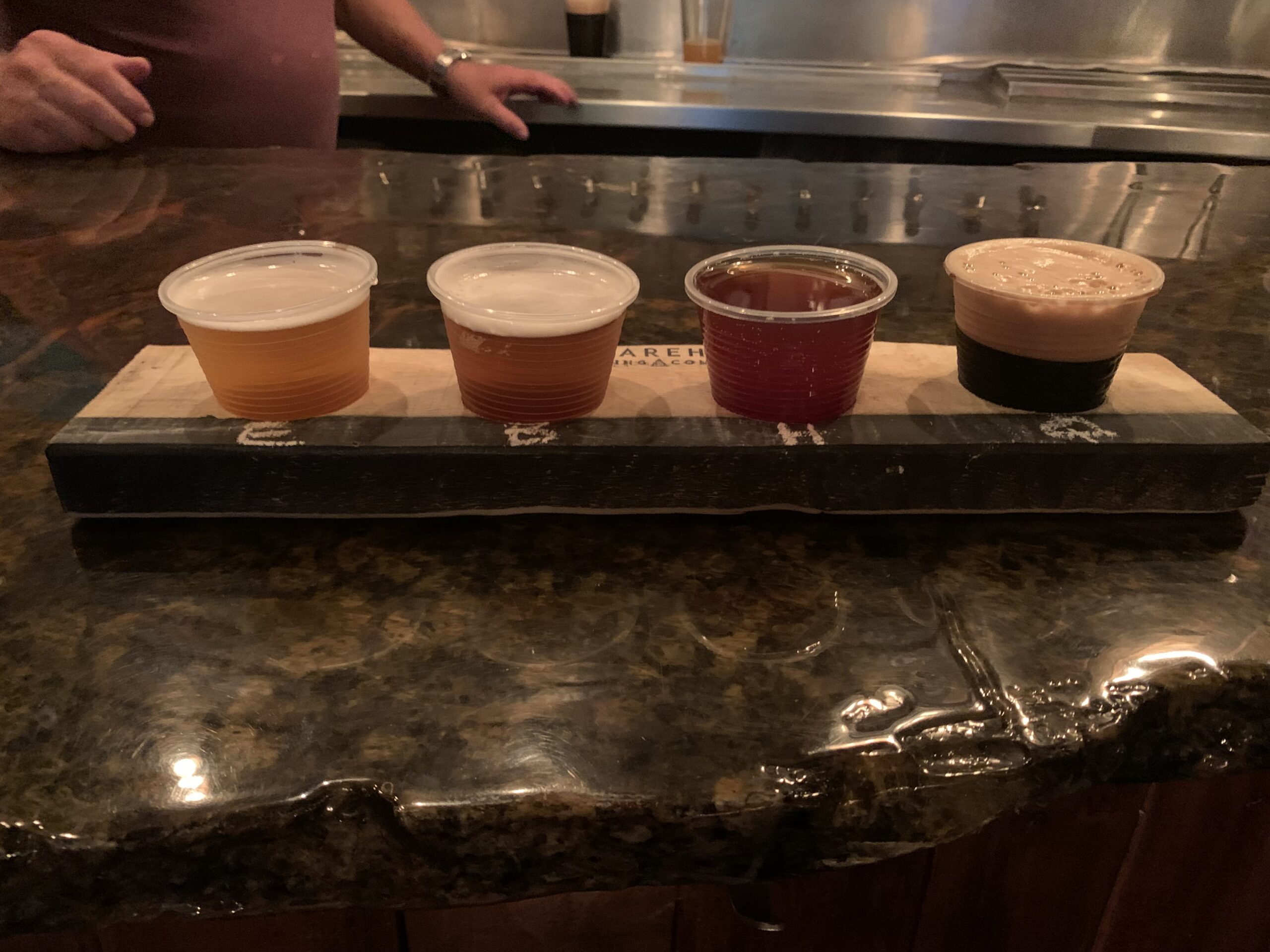 … Jordan joined my family in a toast to my grandma.

My parents don’t really go to breweries and my sister lives 1,600 miles away in Colorado. The night ended up being special to all of us and gave me a better understanding of what it means to celebrate life and family.

Thank you, Dave! It meant a lot to all of us.