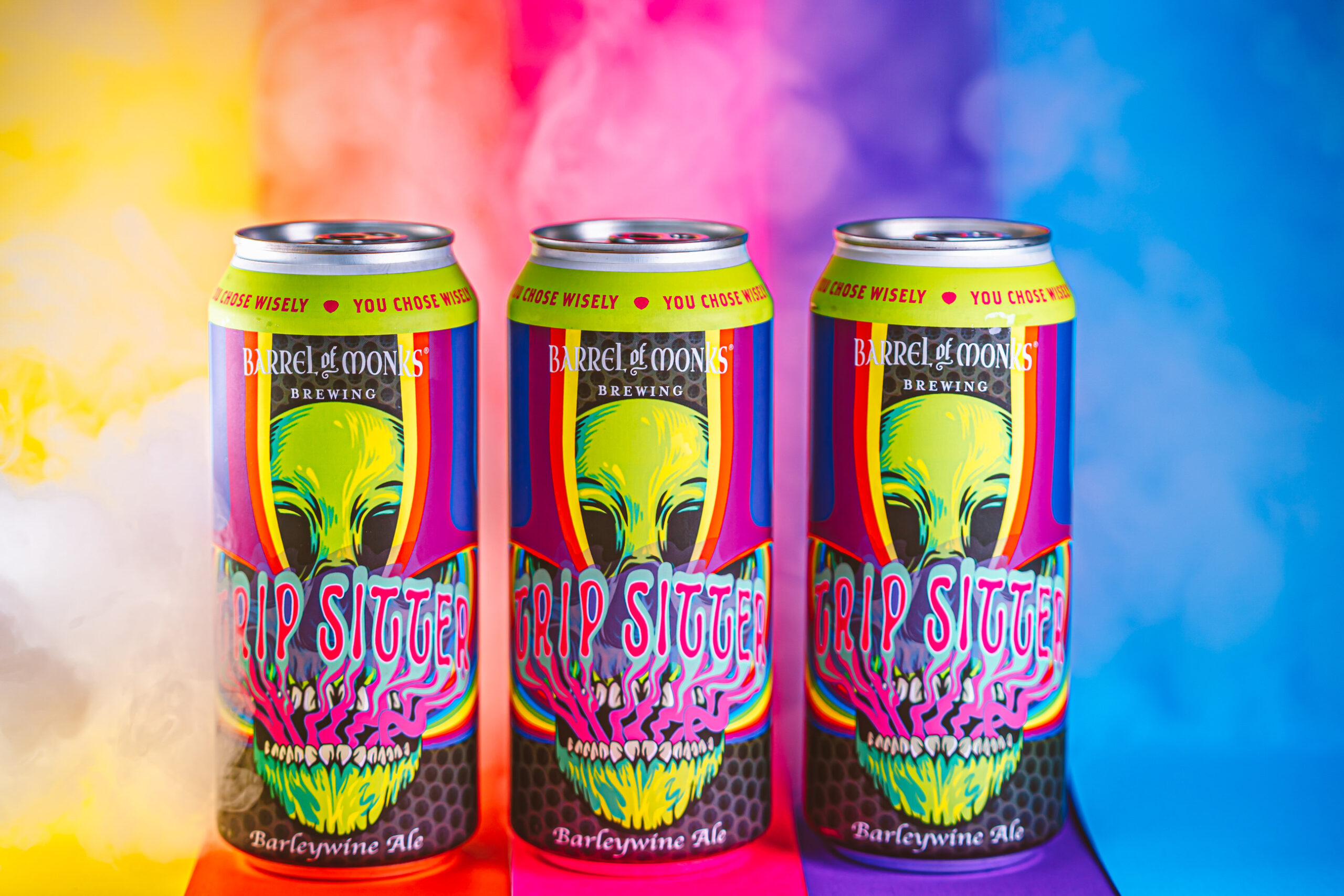 “Trip Setter,” a 12% ABV barleywine set for pre-order on Wednesday, March 23 on Barrel of Monks’s website.

The Continued Evolution of Barrel of Monks Brewing 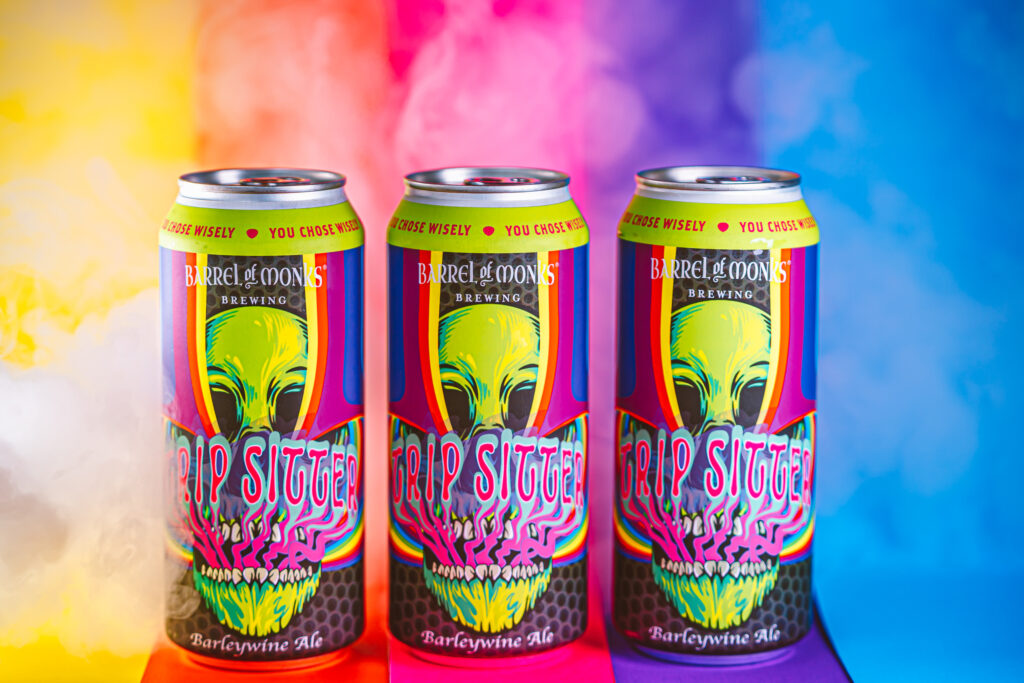 “Trip Sitter,” a 12% ABV barleywine set for pre-order on Wednesday, March 23 on Barrel of Monks’s website.

The Belgian-inspired brewery is taking one more step away from traditional Belgian beer styles.

Kevin Abbott is prepared for the criticisms his brewery may face with its latest release.

This Saturday, Barrel of Monks will release a canned English-style barleywine called “Trip Sitter” to celebrate its 7-year-anniversary. The move is a continuation of an effort that started last year when they put out their first-ever IPA and aluminum can-packaged beer.

“We’ve been stepping away from our traditional branding,” Abbott, Barrel of Monks co-owner and Director of Operations, told Broward Beer. “Now we’re pivoting and it’s easy to say, ‘well, that’s hypocritical.’ It’s a fair criticism. I would reply that we didn’t start doing these kinds of beers until we felt we could do them well.”

Abbott says the brewery has no intention to stop making Belgian-style beers. But they have been experimenting to expand their portfolio.

Earlier this year, Barrel of Monks released “Endless Summer,” a 5% ABV hazy IPA. It was the first beer the brewery made without Belgian yeast and they’re set to release an American interpretation of a Pilsner next month.

Despite its newness, Abbott says the “Trip Sitter” barleywine has similarities to most of their traditional releases: It’s a bold, rich and malty beer. The big difference he feels comes down to the yeast.

“It fits in well with us,” Abbott said. “I’m very confident that our customer base is really going to enjoy it.”

Tomorrow at noon, “Trip Sitter” goes on sale for pre-release for $16 per 16-ounce cans to pick up at the brewery on Saturday, March 26, from 1 to 5 p.m. during its anniversary party.

For $50, guests can purchase all-you-can-drink tickets that include a four-pack of “Trip Sitter” and a four-pack of “Blood Orange Bliss,” a 5.5% ABV Gose. Tickets are available here. 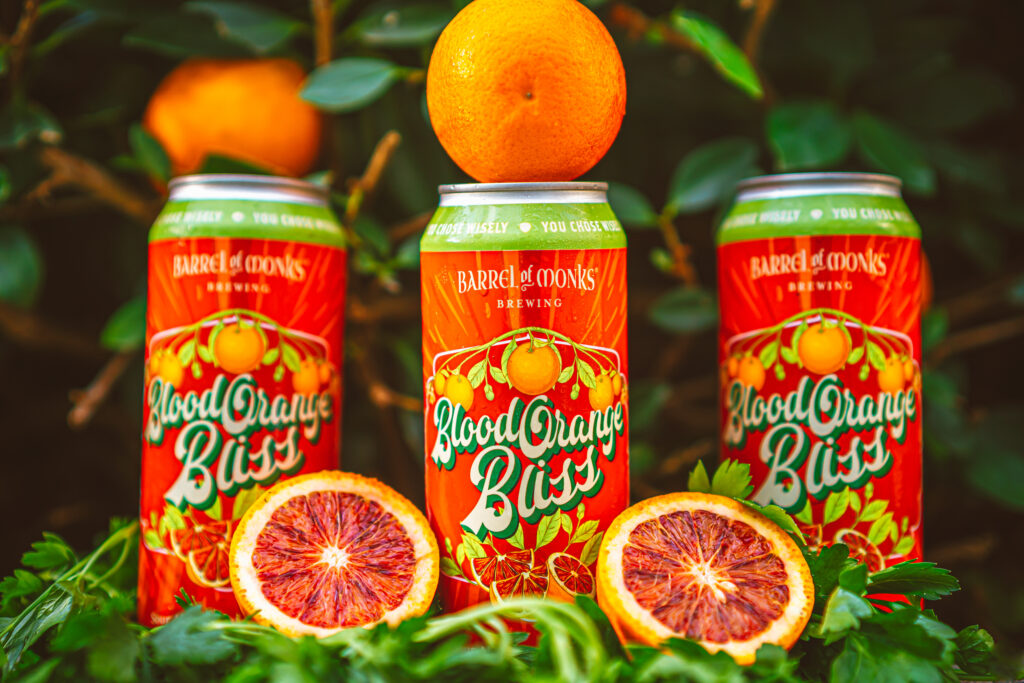 Abbott feels the anniversary is an opportunity to defy expectations and give Barrel’s fans something new: “a great beer that fits with who we are and tells a different story.” He points to other Belgian-inspired breweries like Ommegang and Boulevard who’ve embraced other styles over the years.

“I want people to understand that we’re still going to make our Tripels and Quads. But it’s important for us in 2022 – and in the future – that it’s not all we do,” Abbott said. “We’ll continue to explore where we can do something well and hope that it will show our versatility and skill.”