Two Pompano breweries won awards, but they didn’t win acclaim or customers. Maybe this is why.

One month ago yesterday, the world’s largest craft beer event wrapped up in Colorado. Nearly 2,200 breweries vied for awards, and two of them in Pompano – less than two miles apart – won. But it’s been a quiet victory.

Odd Breed Wild Ales earned gold in the Mixed-Culture Brett Beer, while 26º Brewing Company earned silver for best stout. Since that day in September, no local media has mentioned it, and both owners say they haven’t seen even an uptick in business.

I recently spoke with both. Each is proud of their awards, and they’ve witnessed the quality of beer in Florida improve since they started in this local industry. But as that quality has improved, so has the number of breweries here and throughout the country – including a different kind of beer consumer.

More breweries throughout the country are making beer styles that don’t fit GABF categories. The consumers who enjoy those styles over traditional styles may not see the same value in those awards as the brewers who make the beer.

Back in 2017, both LauderAle and Funky Buddha took home medals from GABF. The Miami Herald and Miami New Times covered both.

At least 11 breweries have opened in Broward County since – with at least five planned to open soon.

Neither the Pulitzer-Prize winning daily paper nor the alternative weekly has contacted him since the win.

“I’m really surprised that none of the other local publications have written anything about either of us,” Manthe said. “I think it’s pretty historic for two Pompano breweries to win medals at GABF.”

Both Manthe and Yonathan Ghersi of 26º Brewing said members of the brewing community have reached out congratulating them. But it hasn’t led to more foot traffic to their businesses. 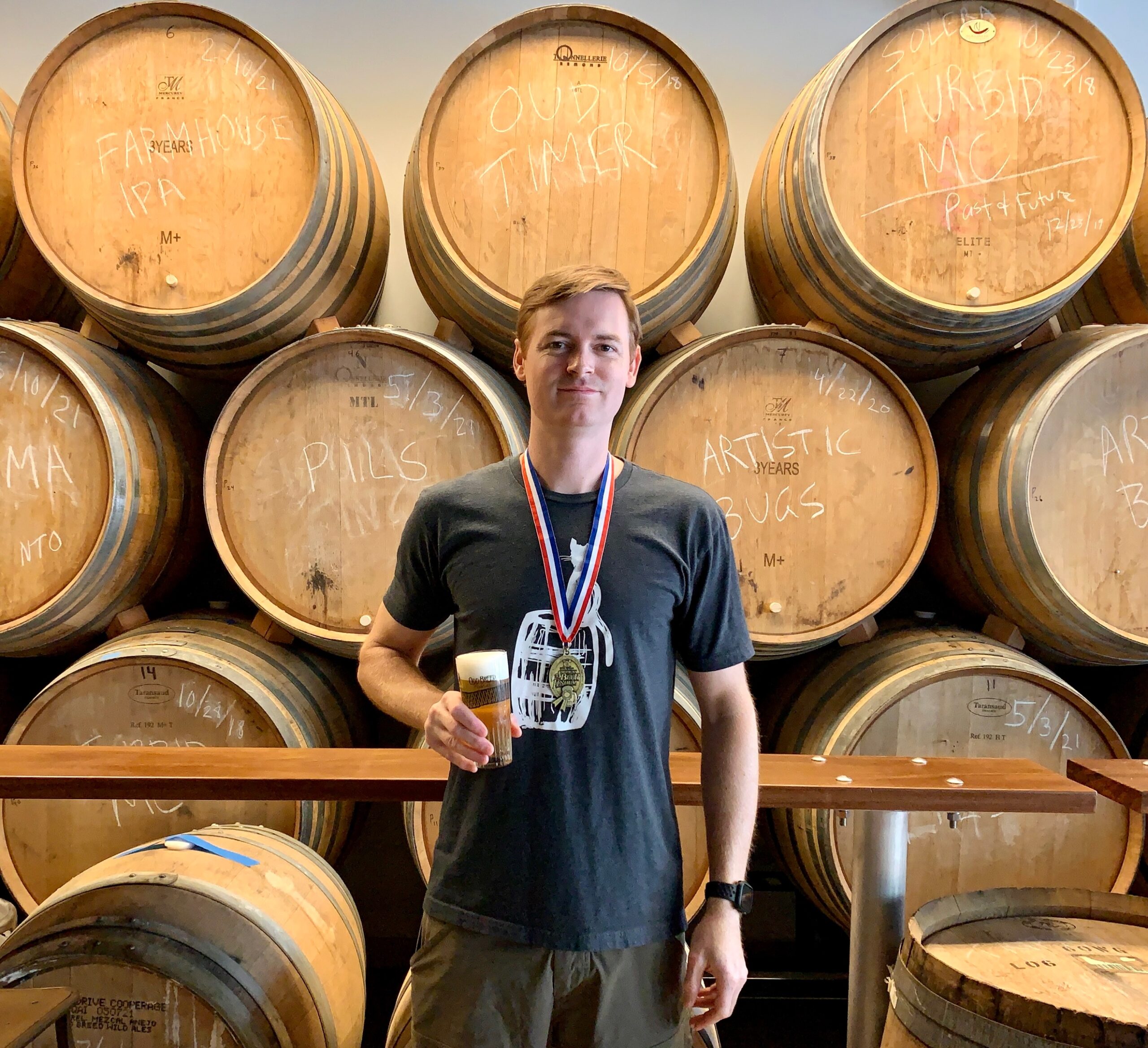 “From an industry and networking standpoint it is a big deal,” Manthe said. “The recognition has been really cool. As far as sales, I haven’t really seen anything and that’s a little bit frustrating.”

Ghersi tells me September’s sales are never much to brag about. And, ironically, the “Ziko’s Rage” stout that won 26º a silver medal is a seasonal item that doesn’t sell well down here. Ghersi says most of his customers lean towards “IPA1A,” and “Captain Ron” wheat beer.

The media coverage would be nice to him but it’s not his motivation to own a brewery.

“It’s great to be covered in the media for what you have a passion for. But if that was the reason we did it, we probably wouldn’t be in the business,” Ghersi said. “We really just care whether people like our beer or not. I think we’ve proven time and time again that people do.”

In February 2020, I started this website after noticing breweries made it in newspapers the way most people do: The day they’re born (brewery opens), the day they marry (one, three, five, or 10-year anniversary), and the day they die (brewery closes).

It just happened with Spanish Marie’s three-year anniversary and the closing of Due South Brewing. The newspapers aren’t entirely to blame. Since 2008 – the beginning of the “media apocalypse” – newspapers and TV stations have downsized, cutting jobs and potential beats, like one covering craft beer.

The idea that newspaper reporters can dedicate all of their time to craft beer is nearly impossible today.

A friend of mine who works for the Orlando Business Journal – and has written about breweries in the city– recently posted a job application for the American City Business trade publication in a private Facebook group. The job requires a reporter to produce 10 to 15 stories a week covering all Orlando businesses – not just one niche market.

I may know and understand the shift in the media market, which is why I chose to work at a small website after graduating college. But after speaking with Manthe about the GABF awards and climate in craft beer, I see similar connections.

In 2008, Manthe started as an assistant brewer at Thomas Creek in South Carolina. He says the number of breweries has increased by 576 percent – from 1,521 then to 8,764 today.

At 25 years old, Manthe left the U.S. to attend a 7-month course at the world-know brewing school Versuchs- und Lehranstalt für Brauerei, where he earned the title of brewmaster.

“When you have an industry that doesn’t have a growing consumer base but has increased competition in the number of breweries, what are you going to do?” Manthe said. “You’re going to try and make a product that’s not aimed for beer drinkers. It’s just the nature of business.”

They’re some of what’s most hyped on social media. With the right marketing strategy with appealing labels and photos, the quality of the liquid inside compared to Beer Judge Certification Program standards doesn’t matter much. Consumers on social media in beer trading groups will always be “ISO.”

Neither Manthe nor I see something wrong with that business model – and personally, I drink those beers. But it also makes me agree with him when he told me an award like GABF should matter more to customers today.

There should be more value in winning a prestigious award when there is more competition.

I’m not in the beer industry, nor do I think it would help me, breweries, or my potential readers if I were. But after speaking with enough brewers and business owners over the past 19 months running this site, I believe these awards haven’t “lost luster among brewers in the industry.”

I just think they should hold some more luster among beer customers.

Rather than constantly chasing hype, maybe stop in at one of these award-winning breweries once in a while. South Florida is a great place for craft beer now. Don’t invest all your time and money in one place because the almighty social media marketing tool tells you to.