“Where I Want to Be in This Industry” 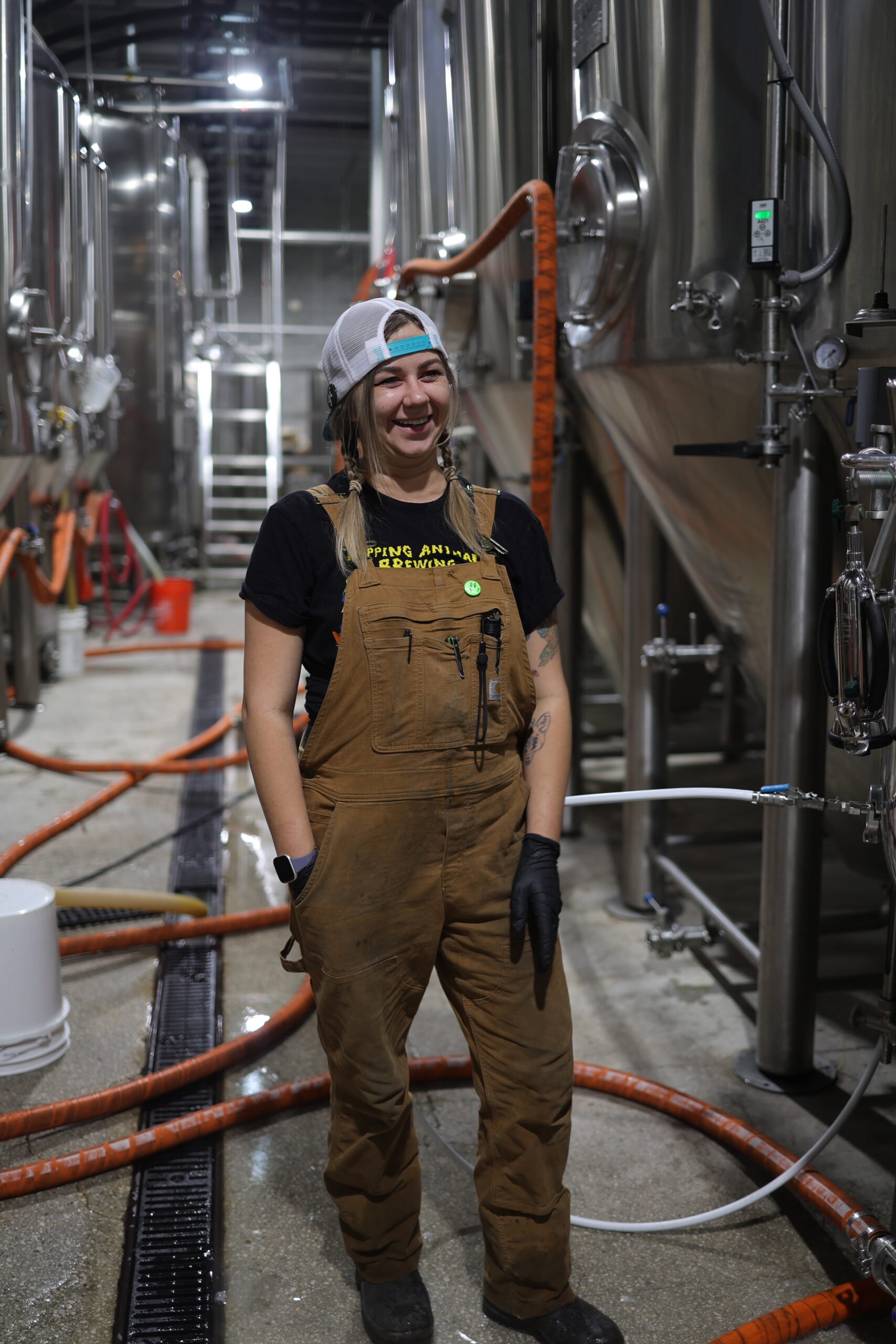 Molly Flynn loves her job and wants to inspire other women to start a career in beer.

Molly Flynn learned how to brew beer in the reverse order of most people.

Where many brewers get their start by cleaning kegs at breweries, on her days off, Flynn volunteered to help brew on a 15-barrel system at J Dub’s Brewing in Sarasota.

Since 2014, she’s paid her dues working for the likes of Calusa Brewing, J Wakefield, and Unseen Creatures. After 10 years living in Sarasota, she made a bold move to Miami based on where she wanted to be, not out of necessity.

“I was figuring out where I really wanted to be and what kind of position to work in this industry. Then the pandemic happened,” Flynn told Broward Beer. “But I said, ‘you know what, screw it. I’m going to do it anyway.’ I know enough people that I can make it happen.”

She now works at Tripping Animals in Doral doing cellar and packaging work – and more recently, set her sights on brewing.

Flynn originally fell in love with craft beer nearly a decade ago while working in Sarasota.

She got to know the reps of JJ Taylor Distributing and started attending local food and wine, and beer festivals. It was the community aspect of craft beer that was most appealing to her. It’s why she decided to pursue working in breweries over the bars and restaurant jobs where she started her hospitality career.

During her eight years of experience in breweries, Flynn has worked in multiple positions doing everything from running a taproom to sales. She says Tripping Animals has made it a point to cross-train employees in every department. 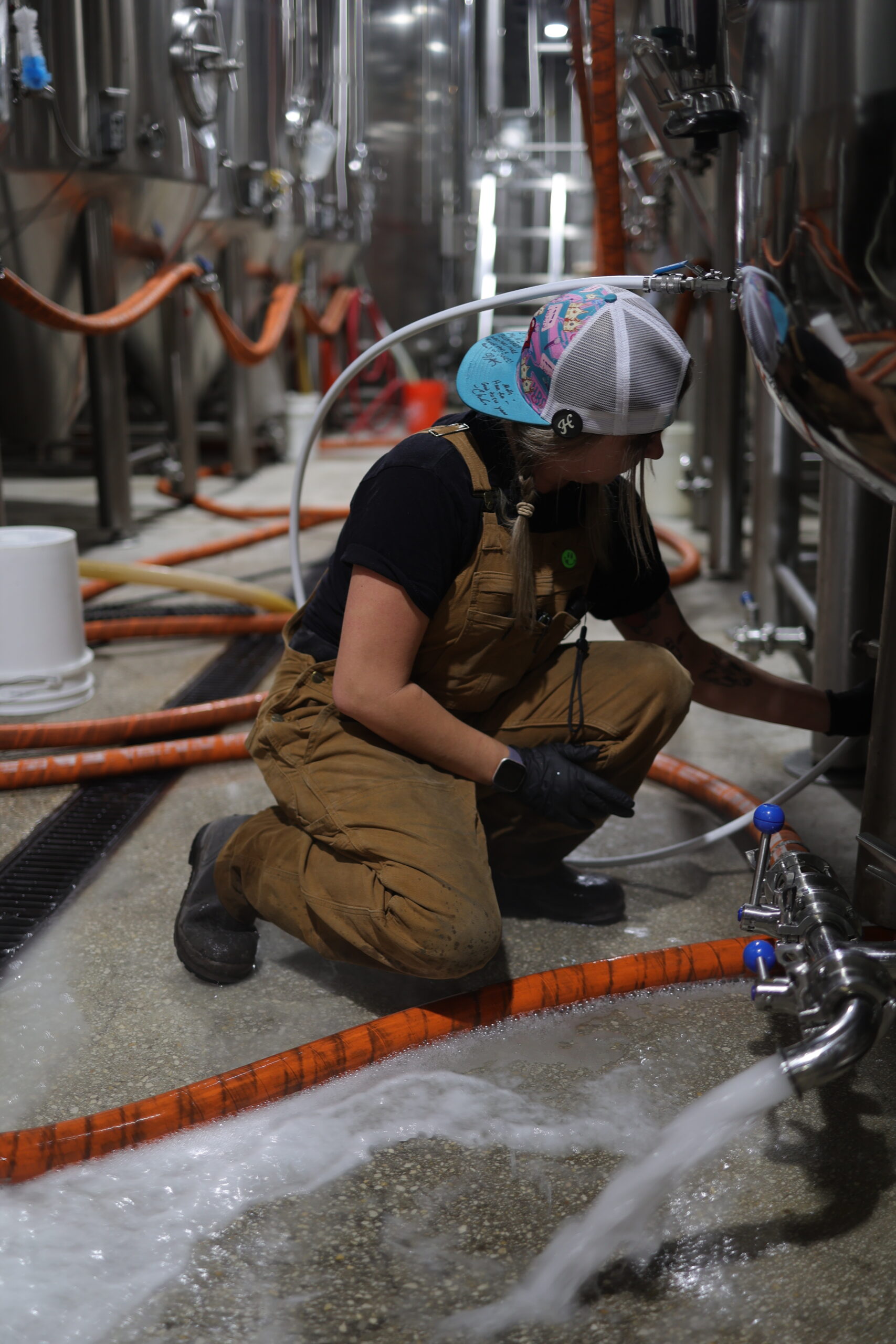 “At Tripping Animals, we distribute to a lot of other states and a couple of other countries. It’s a lot of production,” Flynn said. “It’s been a good experience so far with everybody. I’ve been given full reign to learn it all.”

It’s been fitting for her. She’s always gone out of her way to work every touchpoint in a brewery. Here’s a brief breakdown of the work she’s done…

Her favorite part of working at Tripping Animals is cellaring and the most rewarding challenge to her is mastering the centrifuge in the brewery. Her goal is to learn everything about Tripping’s barrel-aging program, fruit additions, and dry-hopping.

She admits working in a brewery is demanding physical labor and there are a lot of long days. But as Mark Twain said, “Find a job you enjoy doing, and you will never have to work a day in your life.” 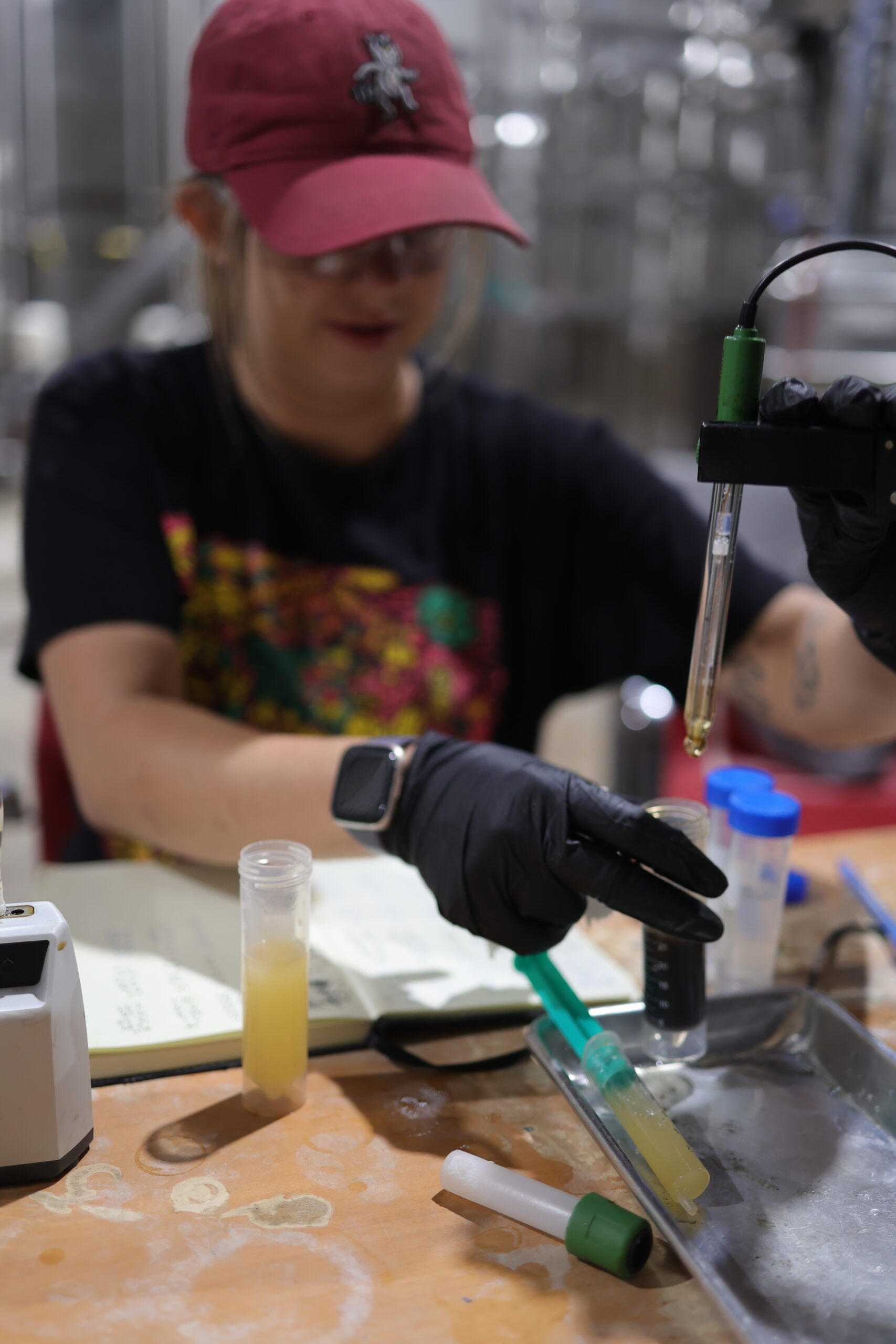 “I couldn’t be happier honestly. They’ve taken me in and let me grow,” Flynn said. “They’re constantly asking me what I want to do and if I want to try something different. I’m so happy to go to work every day.”

Flynn says she’s witnessed more women brewing and working in the back throughout her career in beer. She hopes stories like hers will inspire more women who are interested in the industry to go for it and follow their dreams.

“I think it’s dope. I’ve seen a lot of women brewing and working back of the house,” Flynn said. “My goal ultimately is to become badass at this and inspire other women to join. I know we can do it.”