Help a Ukrainian Brewery Aid War Refugees and Its Military

Label of “Putin Huylo” (translates to Putin is a dick) Photo from Pravda Brewery.

Breweries can spread the word through beer. The media can speak with the owners. We can all throw them a few bucks.

“Everyone is mobilized to win as quickly as possible,” Zastavny said. “We are not brewers, retailers, doctors, or IT people. We are an army. Everyone is helping.”

Because alcohol sales have been prohibited in Ukraine, the brewery has shifted its production focus to aid the country’s people and military by making Molotov cocktails and raising money for humanitarian relief through a GoFundMe. 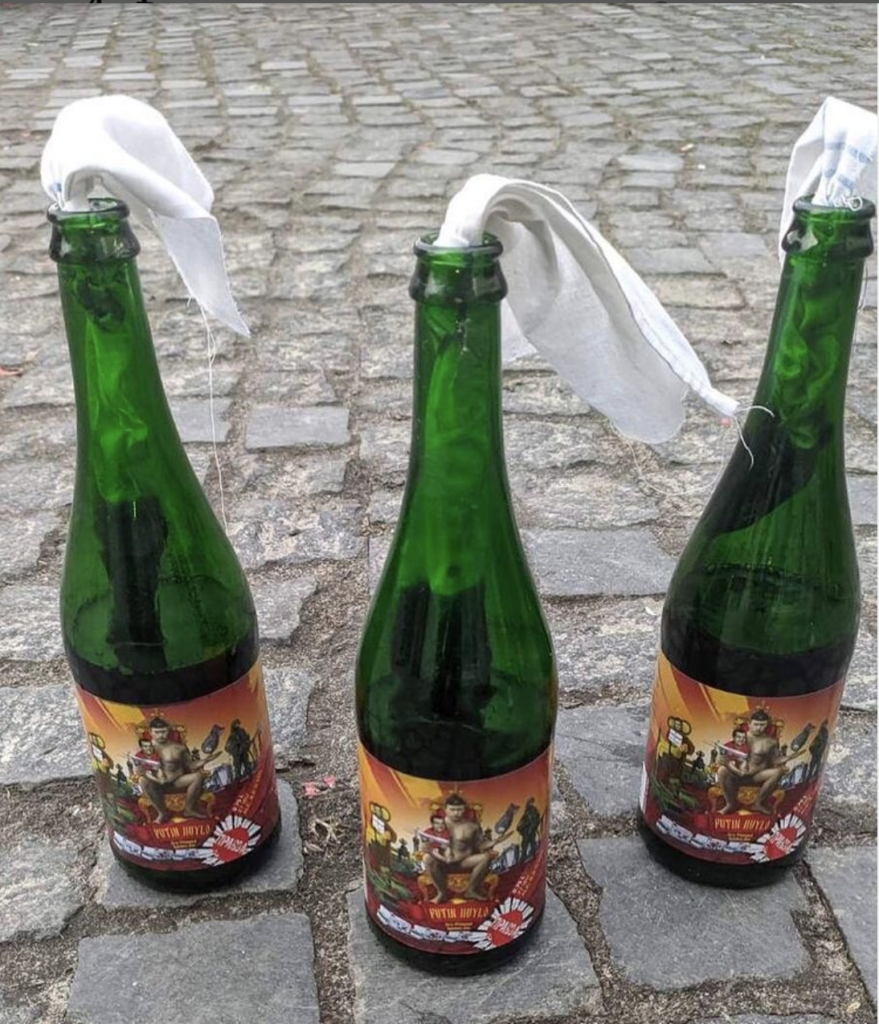 Even with media coverage from the New York Times and Fox News, only $2,425 has been donated as of publication time. And fewer than 400 people are following Pravda’s “Brew for Ukraine” Facebook page (the most convenient way to communicate with the owners).

Pravda, which translates to “Truth,” has published its award-winning recipes and marketing labels on Facebook for other breweries to make in a collaboration brew called the “Victory Beer Series.”

Recipes and other resources are available here:

Pravda is owned by a larger company called Holding of Emotions !FEST. Under its umbrella of businesses, it owns schools, a publishing house, a clothing manufacturer, and more than 100 restaurants in Ukraine and Eastern Europe.

All of the restaurants within the company’s network have teamed up with the nonprofit World Central Kitchen to make 13,000 lunches per day to feed refugees in Lviv.

Another charity they’re working with has “helped thousands of vulnerable people from East Ukraine find temporary housing and get people to Poland, Slovakia, and Hungary,” Zastavny said.

Taras Maselko in interview over WhatsApp.

In only three days, the brewery produced more than 2,000 Molotov cocktails and distributed them throughout the city and Ukraine’s capital, Kyiv, Maselko told Broward Beer.

Lviv (where Pravda is located) is “more or less safe” compared to other major cities like Kyiv, Maselko said. But that can change at any moment.

Maselko is relieved to have gotten his family out of the country. But he’s still horrified watching the news of people dying and bombings in Kyiv every day.

“We’re trying to be ready and prepared,” Maselko said. “We hope we won’t have to use these Molotov cocktails. You never know what will happen tomorrow.”