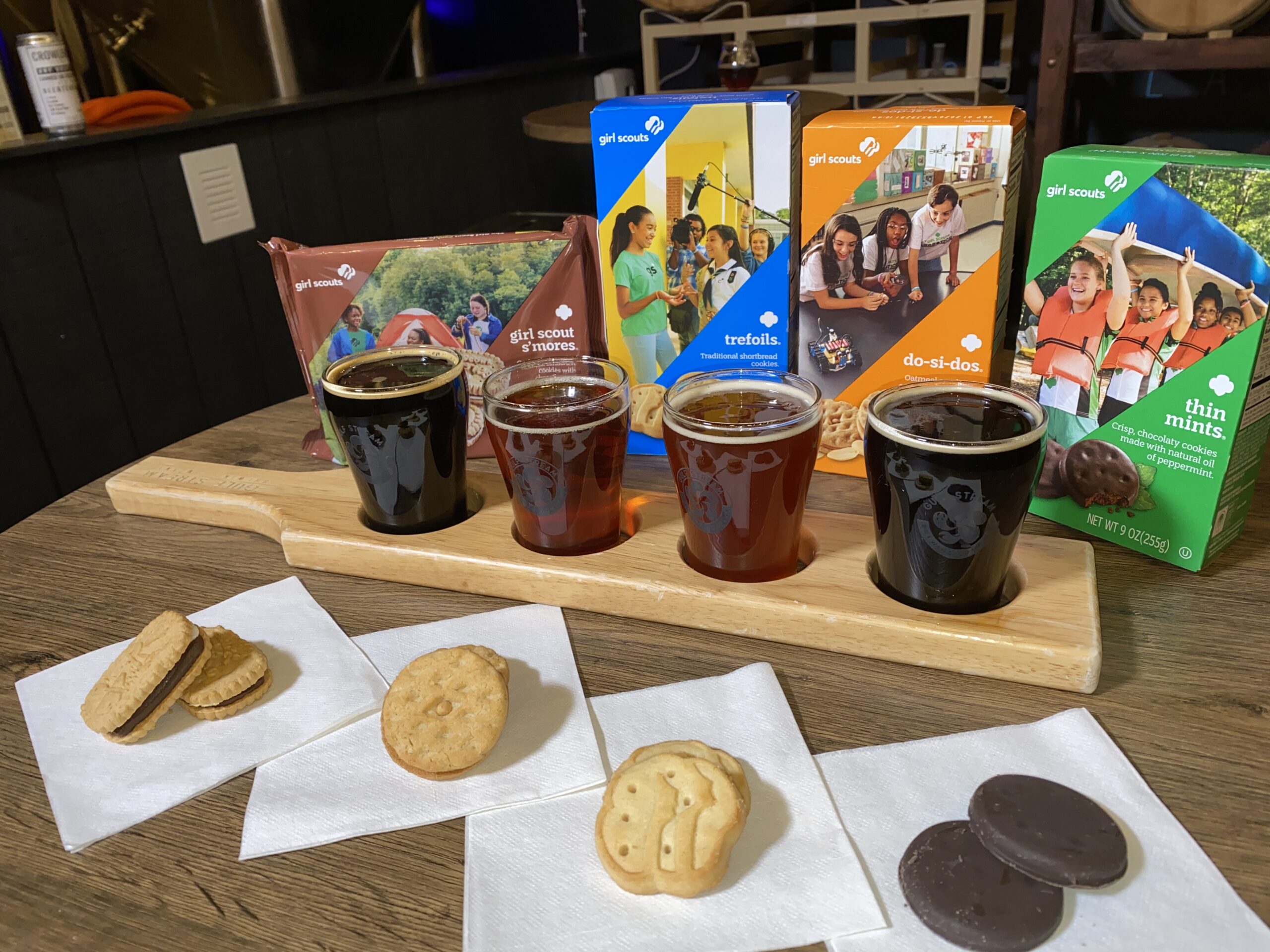 Tickets are $15  for eight cookies and four different four-ounce pours of beer.

Early 2020, Stuart Skopit was featured on Deco Drive to promote the first-ever Girl Scout beer pairing at Gulf Stream Brewing. Pandemic or not, Skopit is determined to bring the event back for a second year.

Skopit is the founder of the local craft beer meetup group SFL Hops. For the past six years, he’s organized beer festivals, events, and launched a rewards program for breweries and craft beer bars.

By day, Skopit is an elementary school teacher. Many of his students and parents sell Girl Scout cookies every year. As someone who frequents breweries, he had a novel idea to help his students sell more boxes of cookies: Put an adult spin on it.

“I work with a lot of people whose kids sell Girl Scout cookies,” Skoit told Broward Beer. “I partnered with one of the parents at my school and am working with him and his troop.”

Tickets will be sold in advance for two different events:

Ticket holders can stop by any time between 2 and 6 p.m. 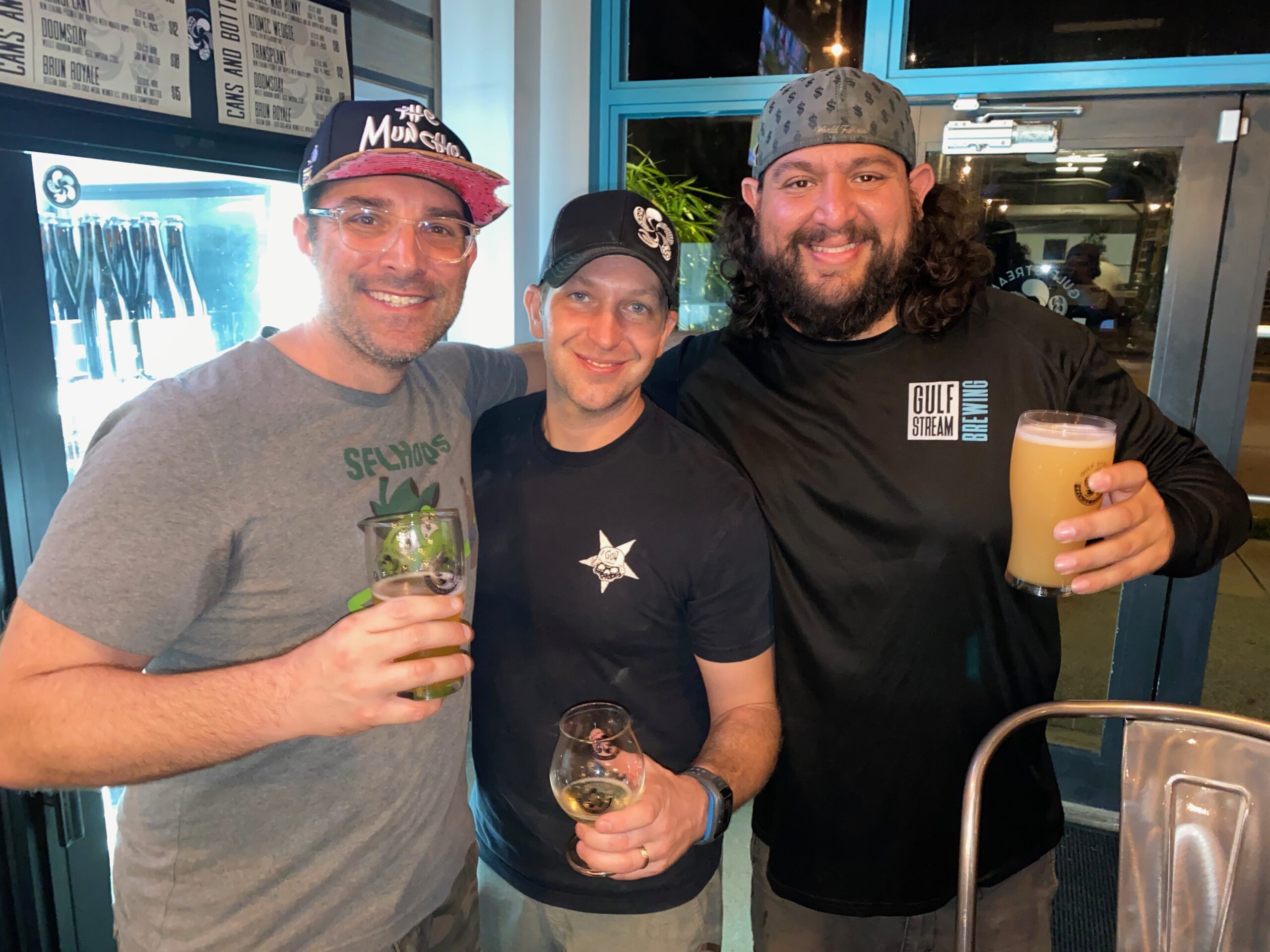 Last year, Skopit and Gulfstream’s taproom manager Claudio Menicocci led guests through the cookie and beer flavor profiles, explaining how each paired together. Due to the pandemic, guests will get a YouTube link to a pre-recorded video of the brewer describing the beer pairing.

“We want to give the same experience,” Skopit said.  “I want to take advantage of the outdoor space and avoid cramming everyone inside the brewery at once.”