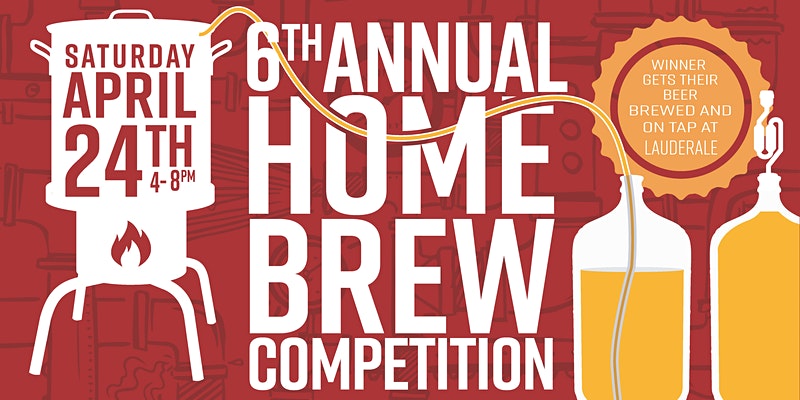 LauderAle’s Sixth Annual Homebrew Competition is Back On

For $25, you can taste beer from up-and-coming local homebrewers.

LauderAle’s sixth annual homebrew competition was supposed to go down last year. But the brewery shutdown stopped that – until now.

On Saturday, April 24, from 4 to 8 p.m., LauderAle is giving 15 local homebrewers a chance to get their beer on the microbrewery’s draft list.

A panel of certified beer judges will critique the best of these homebrewers’ recipes. And you can try those and many other beers that have never been publicly released.