Opening Doors, One Brewery at a Time 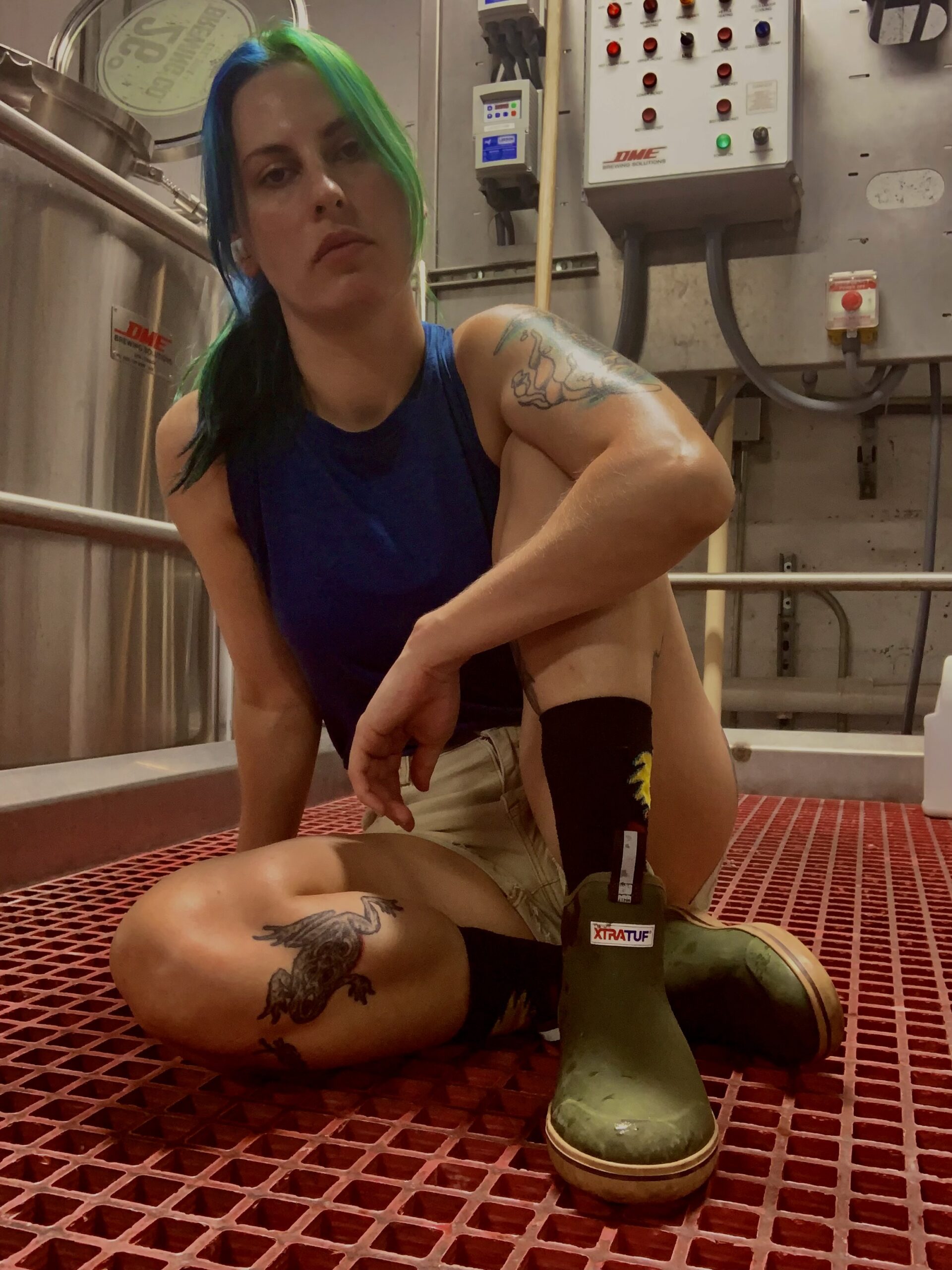 Emily Ellsworth has been the first female brewer at every South Florida brewery she’s worked for.

When Emily Ellsworth first moved to South Florida, she couldn’t even get a chance to interview for a brewer position. Now she runs a 30-barrel brewhouse at the second-largest production facility in Broward County.

In 2017, she moved down here to encounter what she’s only comfortable to publicly call, “a few hiccups being a female when it comes to ownership.”

Ellsworth will say brewery owners were reluctant to hire a 5-foot-2, 102-pound woman to work in the back. For a brief moment, she almost gave up on her dream of being a head brewer someday.

That’s when she landed a job doing cellar work at Barrel of Monks and as an assistant brewer for its partnered brewery, Odd Breed Wild Ales.

“Everything just kinda landed in place for me,” Ellsworth told Broward Beer. “That’s when I knew what I wanted to do for the rest of my life.”

Here’s how Ellsworth has pushed past setbacks and hurdles as “a female proving she can work in the back too.”

Wanting to be a part of it

Ellsworth first fell in love with beer at Prairie Artisan Ale Works in Oklahoma. It was the first brewery she went to when she turned 21 and became close friends with co-founder, Colin Healey.

When Healey and his family opened the now-closed Downtown Tulsa brewpub, she took a job as a bartender.

“They had a small 5-barrel system that this guy Greg ran,” Ellsworth said. “It was just the coolest thing in the world. I always wanted to be a part of it.” 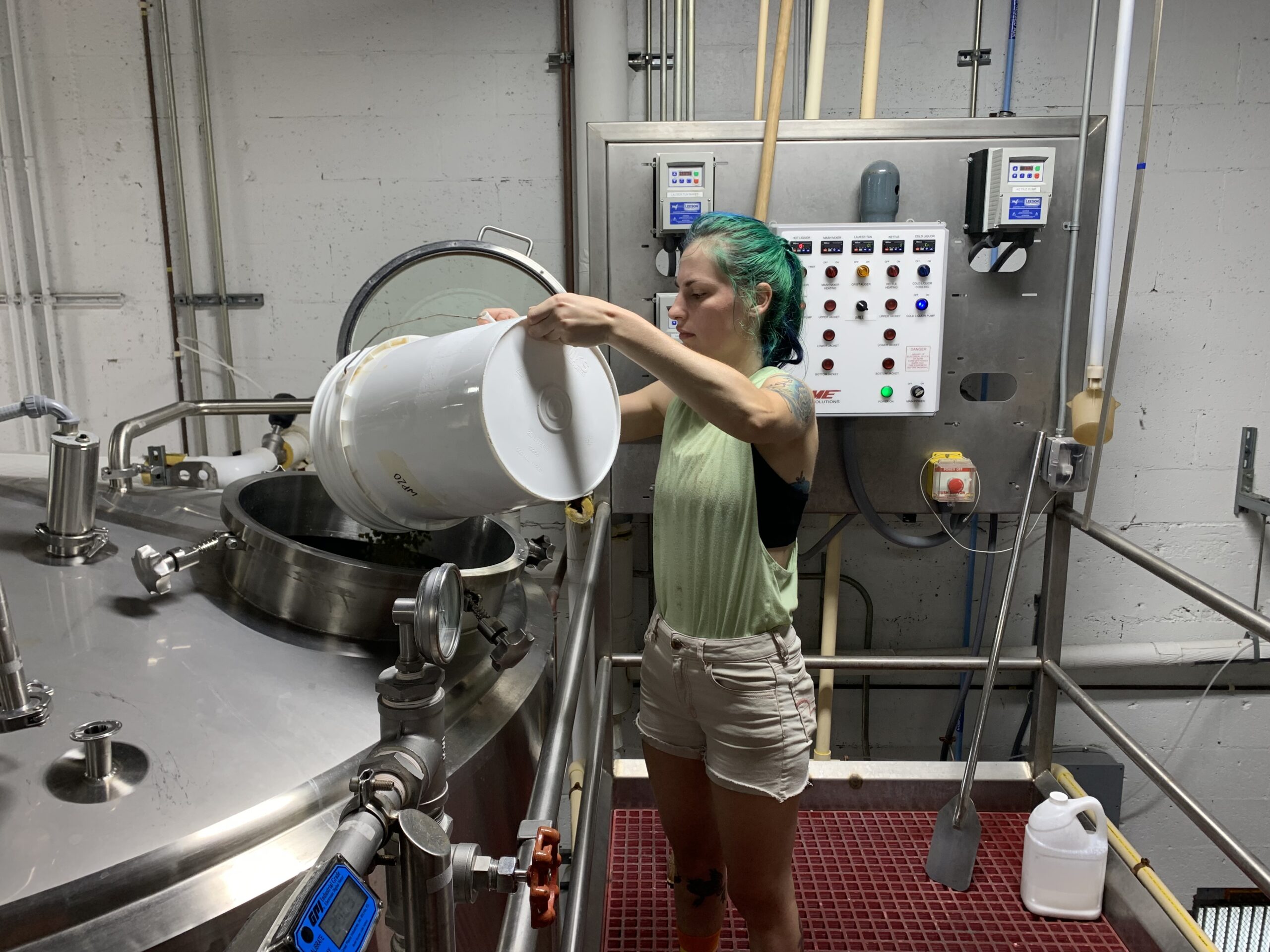 Ellsworth adding hops to a whirlpool.

On occasion, she was able to brew batches but doesn’t like to claim a title as “brewer” there. Ellsworth now brews full-time at 26º Brewing in Pompano Beach and was on the team that brought home a silver medal from the 2021 Great American Beer Festival.

It’s been an uphill battle

She was working for Barrel and Odd Breed for only a few months before the pandemic – then like many in the industry was furloughed during the shutdown. Ellsworth doesn’t fault the owners and believes she learned everything she could during her time there.

COVID made it tough to find work anywhere. She was working for multiple breweries, picking up whatever shifts were available. It didn’t matter if it was working in the front or the back.

In November 2020, Ellsworth landed a job at Flying Dog Brewing in Maryland. She received an offer letter and everything but the offer was revoked because the company couldn’t afford another brewer. 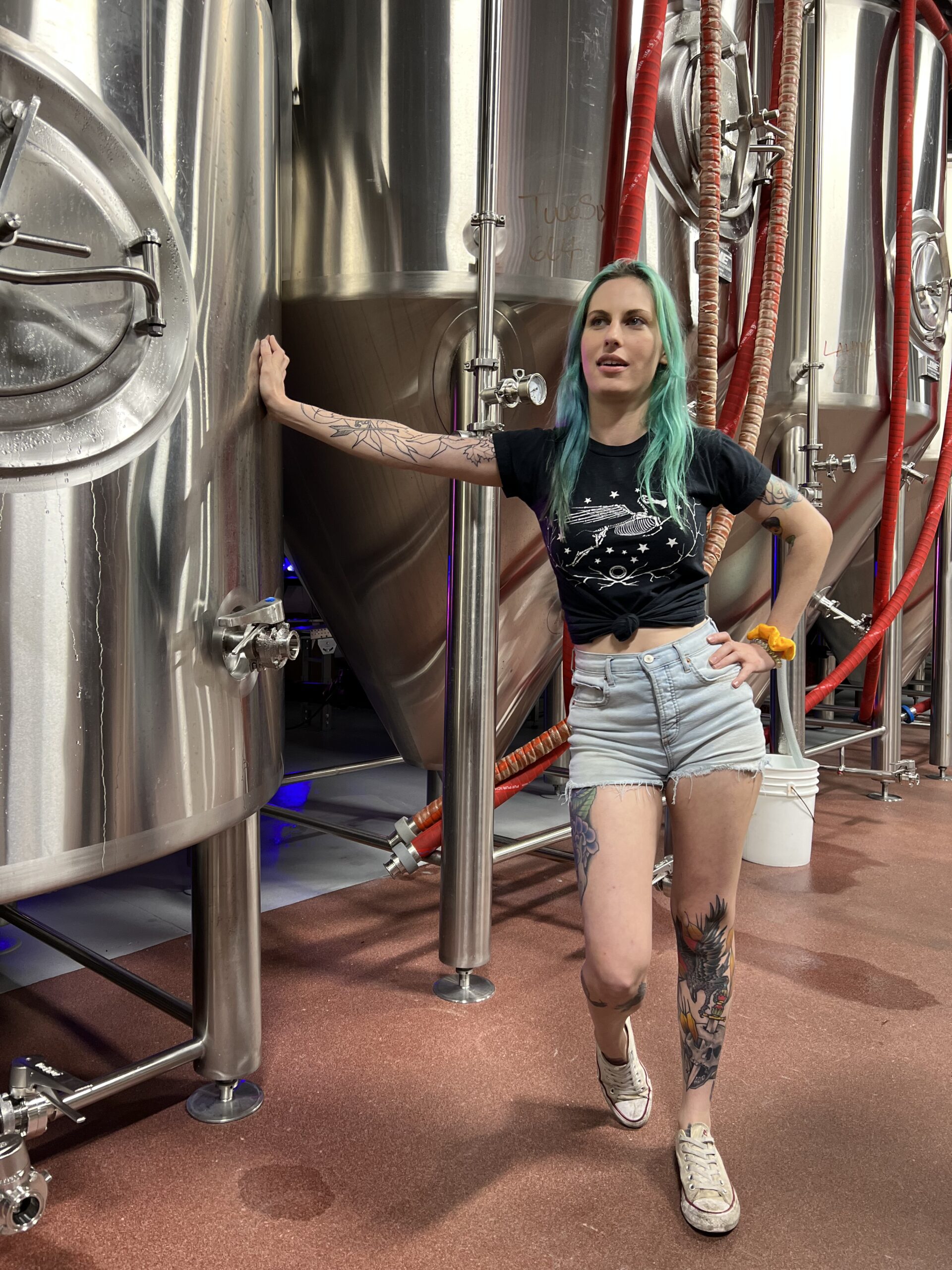 Her current employers at 26º were the only ones to keep her on staff brewing during the shutdown.

“It’s not just about money for them. We’re a family,” Ellsworth said. “They push me to my limit when it comes to knowledge about the industry and I’m grateful for that.”

She’s proud of the work done there. In December alone, the brewery produced more than 750 barrels of beer with only three people working in the back.

Her long-term goal is to take all of her experience and know-how and open a female-led brewery one day.

“Ever since I drank my first beer I’ve wanted to own a brewery one day,” Ellsworth said. “I’d want people to know the owner is female, and there are more open doors and opportunities for women who want to be in this industry and haven’t gotten the chance.”