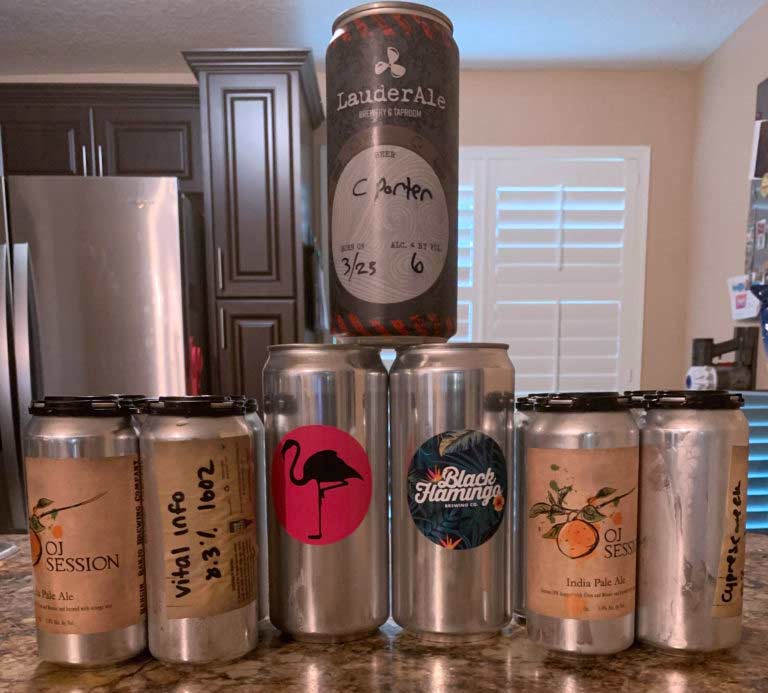 Breweries have resorted to selling their beer for takeout and delivery. I tried four this week, and this is what I’ve learned.

For the past two weeks, I’ve been updating a list of places you can still buy local craft beer during the coronavirus shutdown. I thought it was a little weird that I’ve been suggesting something to people that I haven’t tried myself.

So I went to four different breweries this week to see how the whole thing works.

Here’s my breakdown of each place: What does it cost? How did I buy it? What can be improved?

I bought two 32 oz. crowlers and two meals from Food-co-holic food truck for $40.

I bought two 32 oz. growlers and had my personal 64 oz. growler filled.

My takeaways and suggestions

My refrigerator is stocked for a while. The next time we need beer, I’ll create a new list. Everyone’s selling great liquid these days and I have to spread out my support.