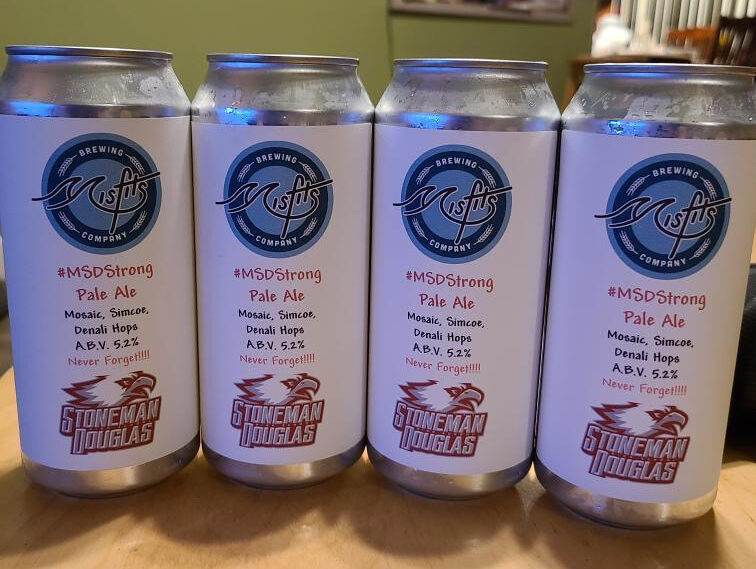 The homebrewer is giving the cans away for free to honor his community.

Jeremy Logan lives six miles away from Marjory Stoneman Douglas High School. The 2018 tragedy hit home for Logan’s family. His son played football with a victim who was inflicted with a gunshot wound to the leg.

Ever since, Logan has used his brewing company, Misfits Brewing, to give away a pale ale called “#MSDStrong” to members of his community as a reminder that he and his family haven’t forgotten.

“It’s a tragedy for any child to go through,” Logan told Broward Beer. “For it to happen right around the corner from where you live is scary – especially when you have a son who’s a freshman in high school.”

This year’s “#MSDStrong” is a 5-gallon batch of pale ale. Logan brewed and canned 22, 16-ounce aluminum cans at his home with an Oktober seamer.

The Boca homebrewer handed out cans to co-workers and members of his gym, the owner of which attended MSD in his youth. There is one stipulation to getting the free beer: “When you drink this beer, pay a tribute,” he said.

Logan’s request is for those individuals to take a photo of the beer, share it on social media, and tag #MSDStrong and his brewing company.

Since 2013, Misfits Brewing has been a homebrewing project that is planned to open commercially as Deerfield Beach’s first microbrewery.

The chef by day has been brewing beer for nearly three decades. Misfits Brewing has done collaborations with commercial breweries like Pareidolia Brewing in Sebastian, FL, and poured at 20 beer festivals.

For three years, the homebrewer has been in the process of opening a microbrewery. Logan told Broward Beer the biggest setback of the pandemic is no one will finance the brewery.

“Nobody wants to give me money,” Logan told Broward Beer back in October. “I’ve been told by two banks that if it wasn’t for the pandemic I’d already have my money.” 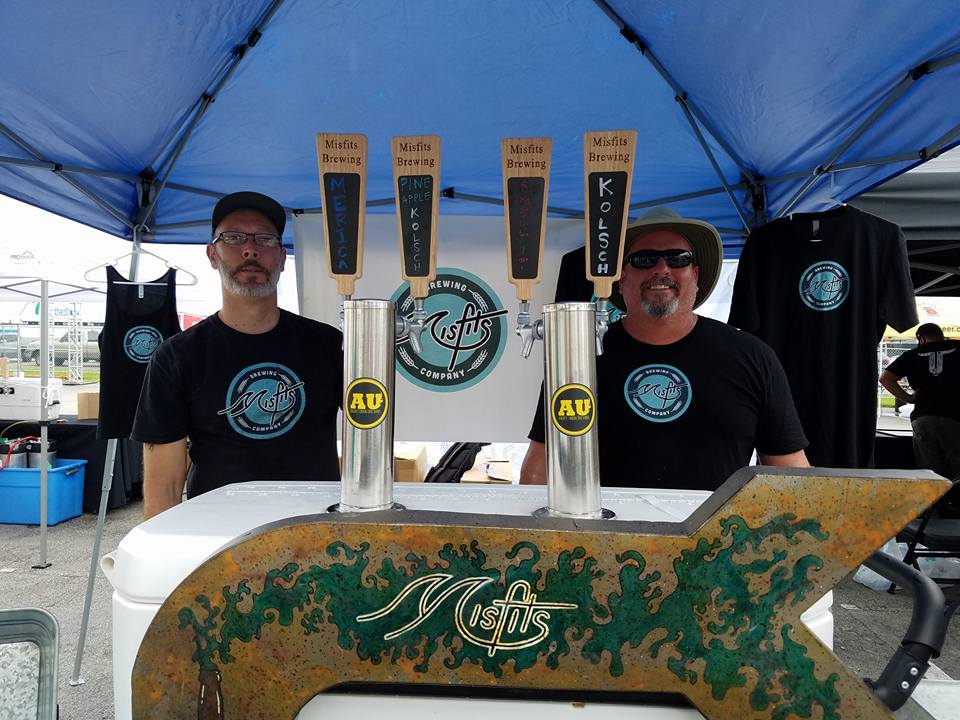 Part of Logan’s business model for Misfits is to be a community brewery. In several interviews with Broward Beer over the past four months, Logan has earnestly explained the importance of using the company for charitable events.

It’s still unclear when Misfits Brewing Company will open. But Logan will continue to make the beer every year and plans to donate proceeds to charity in the future.

“The length of time that beer is on tap, a dollar will be set aside for foundations that benefit victims of the Parkland shooting,” Logan said. “I’m trying to show people my brewery will be more than just a place to come drink a beer.”