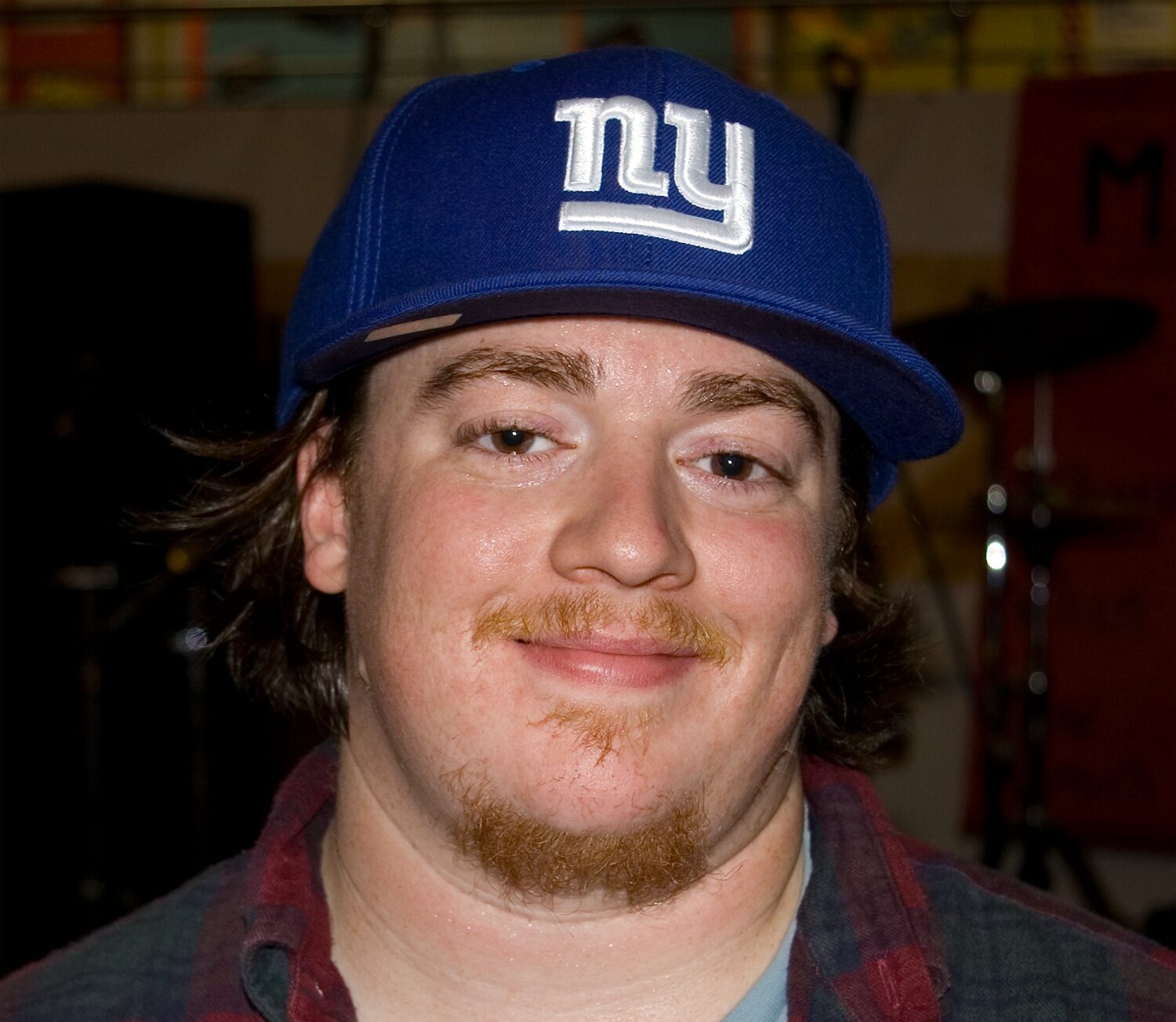 The former-Nickelodeon actor speaks about his performance at Bangin’ Banjo Brewing Co. tomorrow, life, and beer.

Danny Tamberelli was around 8 years old when he accidentally drank his first beer.

He mistakenly grabbed a Genesee Cream Ale out of his grandmother’s refrigerator thinking it was a cream soda. Three decades later, Tamberelli still loves and drinks that beer whenever he comes across it.

Tamberelli, along with ‘All That’ alumna Lori Beth Denberg will perform tomorrow night at Bangin’ Banjo Brewing Co. in Pompano Beach. BrowardBeer.com spoke with Tamberelli over the phone before he left home in Brooklyn, New York to head down to Florida.

Here are the most interesting things we learned about Tamberelli’s tastes of beer, and life during and after his child acting career…

Q. Why is the Nostalgia Personified tour hosted in so many breweries?

Tonight it continues in Florida!! #nostalgiapersonified comes to Pompano Beach and @banginbanjobrewing! You can still grab tix online to be safe but we’ll have a limited number avail at the door too! All tix for all shows linked in bio! Don’t miss out, especially you #floridaman TONIGHT @banginbanjobrewing • 3/7 @3daughtersbrewing St. Pete • 3/8 @deadlizardbrewing Orlando • 3/9 @fmbrewing Gainesville • 3/10 @boldcitybrewery Jacksonville • (brunch show)

A. It felt like a proper venue to do what we do, which is make fun of each other for an hour or so while watching the old school clips of us.

It’s cool getting people back to that time now while they’re in their late 20s and 30s hanging out at a brewery drinking some really good beer. Plus, a couple of beers always help us sound funnier.

Local breweries are cool meeting places that feel like old school taverns. People come to hang out and talk. It makes it feel more like a community.

Q. What can people expect from Nostalgia Personified?

A. It’s a live show where basically we play a bunch of old clips on a projector and talk about them. We’ll talk about behind the scenes stuff that was going on while we were shooting.

The on-air producer, Jeremy, will play clips that we haven’t seen that spark old memories.

Mostly, Laurie Beth just makes fun of me for my stupid hair cut or the JNCO jeans I was wearing. It’s basically “beat up on Danny night.” I take it because it’s accurate – I can’t refute it.

Florida! Here we come! Shows tomorrow through Sunday! All info for shows in bio! @lbdenberg will be on point with the hair and the excessive jewelry jokes about me…I WAS A CONFUSED TEEN LB!!! 📸 @jeremysaffer

[Lori’s] so nice and sweet. Then she says the most vulgar, dirty things about you and you just question everything.

When we show the old sketches you’ll see the crowd like, “oh that still holds up” or “oh man, you couldn’t get away with that joke in 2020. How was that on a kids’ show?”

A. I’m an old school resin-y IPA fan. I do like the fruity, New England, hazy, juicy beers, as well. But before that was “the thing,” very hoppy, resin-y tasting beers were my jam. I would say West Coast style is what I’m into.

I don’t like wheat beers, though. for some reason wheat beers just hit me in a weird spot.

I remember my dad told me when I was underage and still going to bars that if [the bar] has Guinness on tap to order one at the beginning of the night. [He said] you can drink whatever you want because it coats your stomach. I don’t know if that’s true or not, but I believed him for a while.

Q. I hear your wife had a baby recently, how’s being a father going?

A. I have a little 8-month-old baby named Alfred. He comes out to breweries with us. We don’t live too far from this great Brooklyn brewery called Other Half. We go there every once in a while. They’re very kid-friendly and he just kinda hangs out.

Thank you for all the birthday wishes! @katelyndetweiler, #alfrednoel and I had the best weekend eating, drinking and catching some pretty stellar hangs with a peekaboo obsessed giggle monster! No better hang than a happy family in matching black t’s, flannel and blue jeans…Big ups @bradleythorla and @eqd_karl for sending Alfie an @earthquakerdev onesie so we can match at will!! This is 38…

Q. Do you still get recognized from your childhood acting roles?

A. I still get hit up a fair amount, which is cool. My face still looks the same – I just got fatter. I tried to hide it for a little while with chin pubes and a bad mustache but that’s gone now that I got married.

#Petunia sighting at a rehearsal dinner. Life’s something special!

A lot of the people at breweries come up to me. I’ll hang out and have a beer at the bar with them. Breweries always have the right kind of weirdos – and I mean “weirdo” in the best term of the word, like a good “left-of-the-dial” kind of person.

People who watched Nickelodeon as kids seem to be the types who were picking their nose in the back of the class – not the cool kids or jocks.

Q. What was it like working with both Nickelodeon and Disney?

Movie-wise was especially different from TV. The Mighty Ducks was a huge deal. It was something that was why people got into or started playing hockey. It’s just one of those very influential pieces of content from a lot of people’s childhood that affects them deeply in a weird way.

Karp. Clem. The man, the myth and the legend himself, @aaronschwartz11 Happy birthday brotha!

It felt different than Nickelodeon, which was more for the “other side of tracks” kids.

I was 7 to 14 years old and just enjoyed being in the moment. But I didn’t really know how cool it was until it was over, and people would come over to me and tell me how a show like ‘Pete and Pete’ developed their comedic and musical tastes.

Q. What was it like working on ‘Pete and Pete’?

A. When they were running low [of materials] they would tell me to bathe with Saran wrap on my arm to keep the tattoo nice. That’s cool to tell a kid that, because they’re like, “yeah, man, I’ll do it – sorry, mom.”

I went to public school as a kid and moved in fifth grade. Even though I had a show that was on TV I was still the new kid. But I made friends when I moved in fifth grade because they shot Pete and Pete in New Jersey. So I got all the kids from school to be extras on the show – it was like a field trip.

Here’s a quality #tbt to being on a golf course and getting in trouble for riding the gas powered golf carts…only time Allison and I ever got in trouble together on the set. It was worth it though.

They got the day off from school and got on Nickelodeon. Then I made friends!

Q. Why did you choose to stop acting as a kid?

A. After ‘All That’ finished in 2000, [Nickelodeon] stopped the series for a little while and recast a younger bunch of kids. I decided it would be a good thing for me to just be normal.

All my friends I went to school with were applying to colleges and I wanted to do that, too, because I didn’t want to miss out on anything.

For me, that was really important – and my parents, too. [My parents] wanted me to be a normal kid, so I played baseball and soccer, and I tried to be around as much as I could.

Here’s a #tbt to one of my bday parties at a discount movie theatre in Paramus NJ where they showed movies that had recently left the big screen. This was either Dumb and Dumber or Home Alone2… 2 of my nearest and dearest @anthony___stimola and @nicolemcaldwell sitting on either side of me will also be there for my wedding, Tony standing right up there with me. Nicole and I went to elementary, middle, high school and college together and were even roommates in college. So thankful to have friends that I’ve known for so long and care about so dang much. We were 11-12 here. Here’s to another 25 years of having each other’s backs. Love youse guys!

But when I was doing ‘All That,’ it was shot in Los Angeles. My sophomore, junior, and senior year I was pretty much only around half of the time.

When you’re in high school – especially senior year when everyone’s going to be leaving – you want to be there, part of all of that stuff.