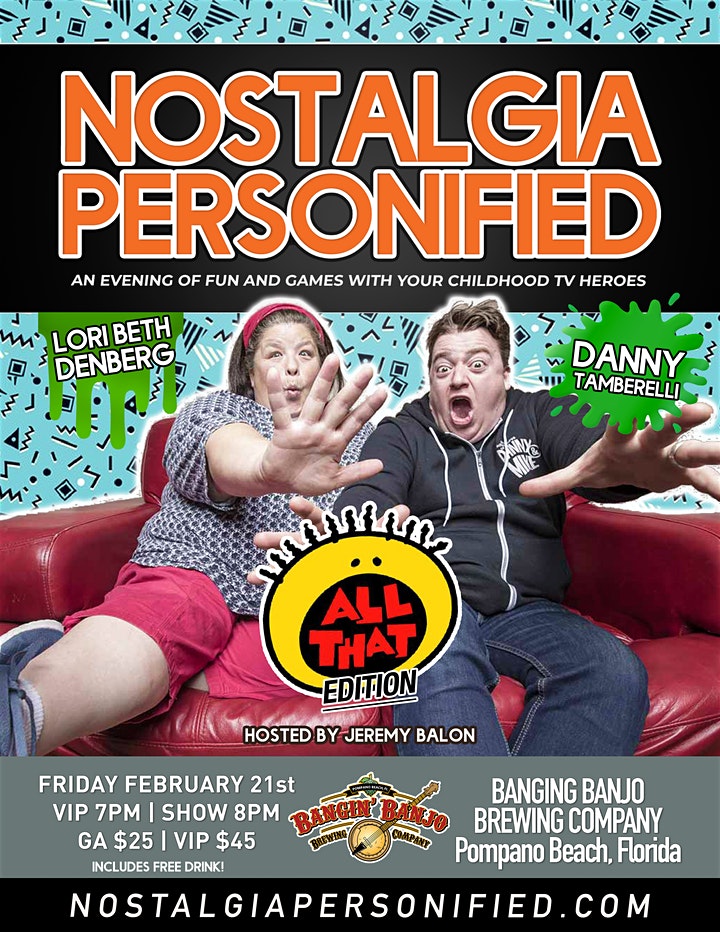 Two Nickelodeon ‘All That’ actors are performing comedy sketches at the brewery.

Danny Tamberelli and Lori Beth Denberg from 90’s Nickelodeon TV shows will make fun of each other during a live comedy sketch at the West Pompano taproom.

The hour-long show will consist of co-host Jeremy Balon playing old sketches from ‘All That,’ ‘Figure it Out,’ ‘Pete and Pete” and others on a projector, while the comedians comment and make crude jokes about their childhood acting careers in front of a live audience.

“It’s mostly ‘beat up on Danny night,'” Tamberelli, now 38, told BrowardBeer.com. “Lorie Beth just makes fun of me for my stupid hair cut or what kind of JNCO jeans I was wearing.”

Regular tickets are on sale now for $25, and available on Eventbrite. VIP tickets for an hour-long meet and greet with the two ‘All That’ actors are $45. Doors open at 7:00 p.m. for the meet and greet, and the show starts at 8:00 p.m.

Follow BrowardBeer.com for our full interview with Tamberelli about his love of beer, life, fatherhood, and more.